The Kings and Queens of Corbet's have been crowned at Jackson's Hole following some insane, heart-stopping tricks while free-falling into the famous couloir with American freeskier Karl Fostvedt and American snowboarder Madison Blackley taking home the first place prizes.  Watch the Red Bull edit here.

British Snowboarder, Cody Bramwell has stomped a win at the Freeride World Tour in Andorra . Taking part in his  first ever FWT competition, Cody, 26, with British/Swedish parentage, hucked a massive backflip above some serious exposure before pre-ollying a huge cliff down the bottom, tweaking out a double shifty mid-air. Watch him in serious action here.

Open, closed, open, closed. The ever-changing plans to open ski resorts in Europe has been like a door blowing in the Covid wind. Italy was supposed to be starting their lifts, last week but at the last minute the Italian government announced they'd remain closed until early March, once again slamming that door firmly in the hopeful faces of the Italian resorts.

Ski lifts closed throughout February in France. Official.  So finally there is la confirmation that ski lifts won't open for February at all, although with the current freedom to travel throughout the country, the resorts are being mobbed with French families for the four week half term holidays. Read more about Vive Les Vacances.

Rollin', rollin', rollin' keep those ski lifts rolling. In the USA ski resorts have stayed open despite the pandemic restrictions. Check out True Grit, a round-up of how Americans have toughed out Covid.

Holiski have written off this season, deferring memberships to next winter 2021/2022 with no further payments.

Check out our webcam in Serre Chevalier.

The Adventure Junkies have announced the Top 25 Skiing Blogs of 2021 featuring another award for STYLE ALTITUDE. Displayed on our virtual award shelf this joins our 7 other Ski Blog awards and our coveted accolade of BEST SKI & SNOWBOARD PUBLICATION UK, 2020 Fitness & Nutrition Awards.

As we enter a decidedly warm spell of weather I decided to ski tour on the south-facing slopes above us to score some spring snow where I discovered the peril of the red snow...

The Comparison Trap. Who's Suffering From Ski Videos?

Are you stuck in The Comparison Trap? Unable to get to the mountains, do you watch videos of skiers and snowboarders shredding the pow (including those from our crew) - and weep?

Over the New Year the resort was busy even with bars and lifts closed. There was the hope that the ski resort lifts would open for half-term holidays, just one more forecast that failed to deliver...

Now the problem is getting away from all the people who have recently discovered ski touring, or just climbing up the mountain on snow shoes with boards and skis on their backpacks...

When we left Serre Chevalier in June 2020 after enduring 58 days of 1km and 1hr from home lockdown we planned to be back in Serre Chevalier before the beginning of the ski season...

STYLE ALTITUDE Features always have an edge (or two). For park, piste and powder. Off piste, backcountry, slackcountry including Tour Guides showing routes for classic ski tours plus daily ski weather blog and snow conditions throughout the winter with Live Mountain Webcam. Ski and snowboard reviews, the latest new and technical kit, ski and snowboard wear all feature in Gear . For Ski Resort guides go to Friends In High Places with news and views from those working a season (or three) in Seasonaires . For skiers and snowboarders. #lifesamountain 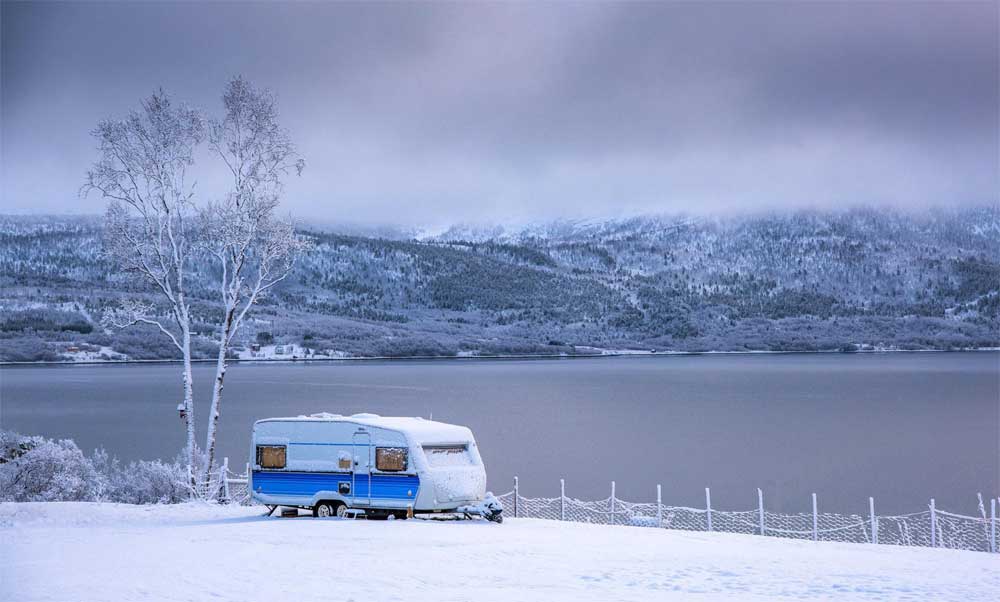 So it's been a total white out as far as this winter's ski season is concerned for many skiers and snowboarders especially in Europe. Roll out the vaccines and roll on next winter. Right? But although the mountains are still calling there may be changes in the way that we must go...Discover More

TRUE GRIT. They've been keeping those wagons - aka ski lifts - rolling in the US, with ski resorts proving they have what it takes to tough out a pandemic and stay open...

END_OF_DOCUMENT_TOKEN_TO_BE_REPLACED

VIVES LES VACANCES. The French and their obsession with having their holidays in February have been arriving in droves in the mountains, undaunted, it seems, by the current pandemic, closed lifts and all things Covid related...

END_OF_DOCUMENT_TOKEN_TO_BE_REPLACED

HOW TO MASSIVELY IMPROVE YOUR SKI TOURING EXPERIENCE. From light gear to kick turning, the 9 top tips for ski tourers. The ski touring techniques and ski touring gear you need for better ski touring...

END_OF_DOCUMENT_TOKEN_TO_BE_REPLACED

NEW TO THE BACKCOUNTRY? HERE'S WHERE TO START. What gear you need for ski touring, where to go and how to stay safe. Essential advice for ski tour backcountry beginners...

END_OF_DOCUMENT_TOKEN_TO_BE_REPLACED 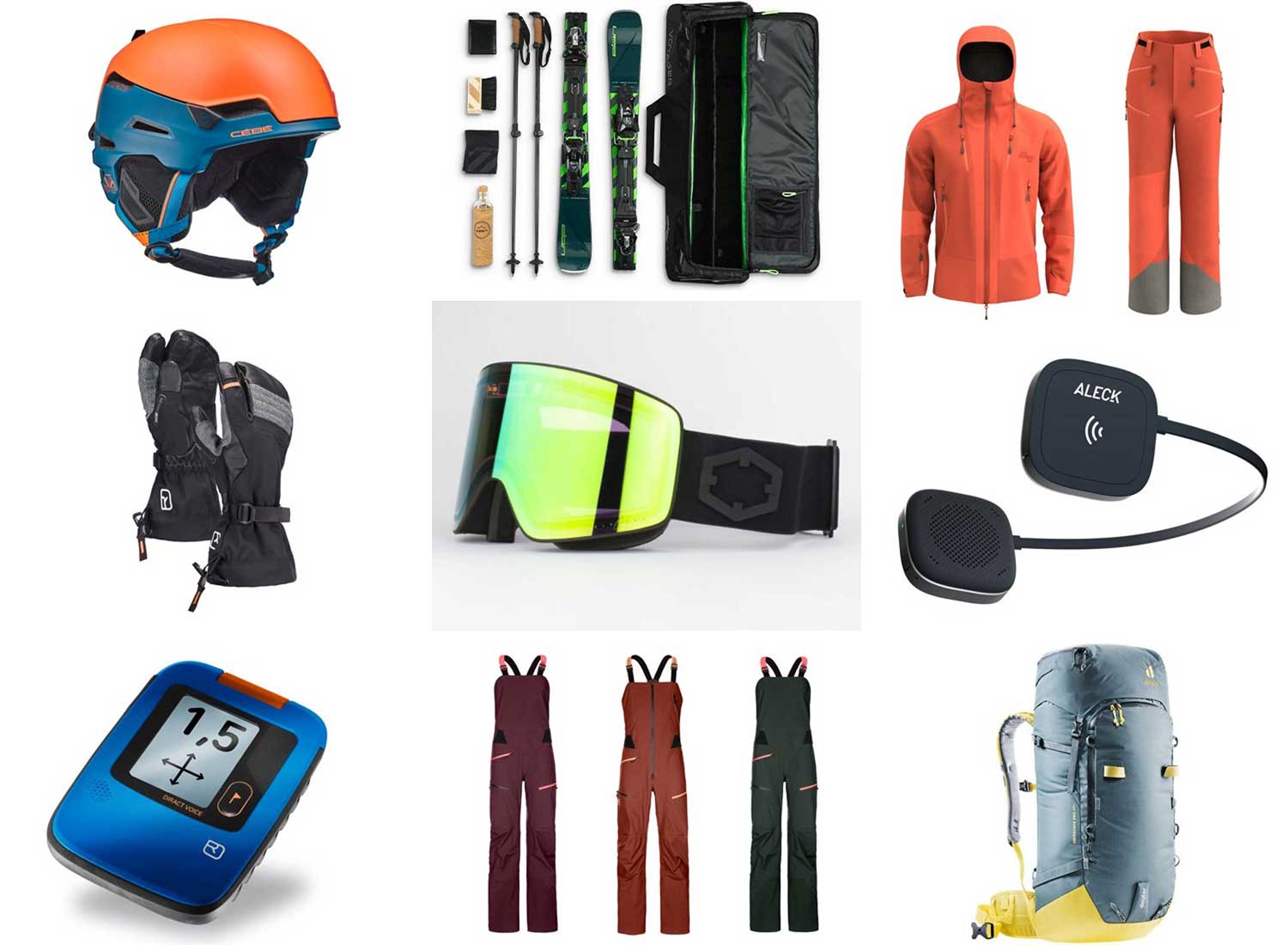 Following a winter ski season that most of the ski industry would prefer to forget, there's now the sort of optimism of a bluebird day following a whiteout. The sun WILL shine again on the mountains, following vaccinations people will travel again, ski lifts will be open and, by winter 2021-2022 the ski industry will be back on track. Meanwhile, the show is going on, albeit virtually. The annual ISPO exhibition is kick-starting the new gear year as usual in February but it's a virtual event. Check out the ISPO winners in the ski and snowboard categories....Read More

Eric Radford: Being the first openly gay male Winter Olympics champion made me 'explode with pride'

Olympic champion figure skater Eric Radford tells BBC Sport that he felt as though "someone had taken invisible bricks off his shoulders" when he came out. click here for more

Visually impaired skier Millie Knight says it is "really tough" after suffering another concussion in a training crash. click here for more

Ski Sunday: Why are there so few BAME skiers and snowboarders?

Phil Young asks why some ethnic groups are so under-represented in the ski and snowboard industry - and what is being done to encourage people from BAME backgrounds to participate. click here for more

END_OF_DOCUMENT_TOKEN_TO_BE_REPLACED

THE KLATTERMUSEN FARBAUTE, AWARD-WINNING AND WARMEST DOWN JACKET. I've had a fair number of down jackets in my time but the Klattermusen Farbaute is the equivalent of wearing at least three of them at once and looks great off the mountain too

END_OF_DOCUMENT_TOKEN_TO_BE_REPLACED

WHAT SKI AND SNOWBOARD WEAR TO BUY FOR SKI SEASON WINTER 2020 -2021? Wear high performance gear to protect from the cold, be eco-aware of fabrics to protect the planet - and cover up head to toe to protect from infection. Hazmut suit anyone?

END_OF_DOCUMENT_TOKEN_TO_BE_REPLACED

BUZZ LIGHT GEAR. How light can you get for ski touring? How wide should your skis be? And how much rocker? It's all a trade off, choosing what works better for touring up against ease of skiing down. Ken Reeve, Backcountry Editor weighs up the best options...