It's a great time of year to take advantage of roads still closed to traffic as the Col du Galibier and Col d'Izoard do not open till the end of the month...

Well and truly back into the cycling now though still running, alternating daily between both disciplines.

Since the initial week post confinement, more on that here, with the first HC climb of the season, the tough Col de Granon, this past week has seen more Cols and rides being 'ticked off the list'.

With my new found 'motor' due to my weight loss circa 5-6kgs, I decided to see what I was like on my 'Home to the Lautaret' Strava segment. I thought it best to have a warm-up so instead of coming out the house and turning right to go straight up the Lautaret I turned left and descended down to Briancon where I could ride the whole HC classified climb to the Lautaret, and then also see how far I could ride up the Galibier road.

As I came back past the house I thought there's no way I could get close to my PBs as, in the past, when getting good times I had a tailwind. So I trudged on and it was only when I was halfway at Pont de l'Alpe that I actually looked at my computer, which sadistically can show you how far ahead / behind you are on a segment, that I saw I was only 28secs off my PB.  I thought it was worth digging in a little to see what I could clawback, and for sure the seconds slowly ticked off and by the final 2kms I was ahead. So it was all out up to the Lautaret and I saw the screen flash PB but I'd have to wait till I was home to see by how much.

From the Lautaret, I went around the closed barrier for the Galibier and started the climb, going a lot easier as legs felt good, and the road was clear except for marmottes running over the road in surprise.

As I turned onto one of the long drags I could see up ahead a landslide/avalanche and sure enough, there was no way I was going to clamber over that, and it must have happened quite recently as the day before they were working on the road! 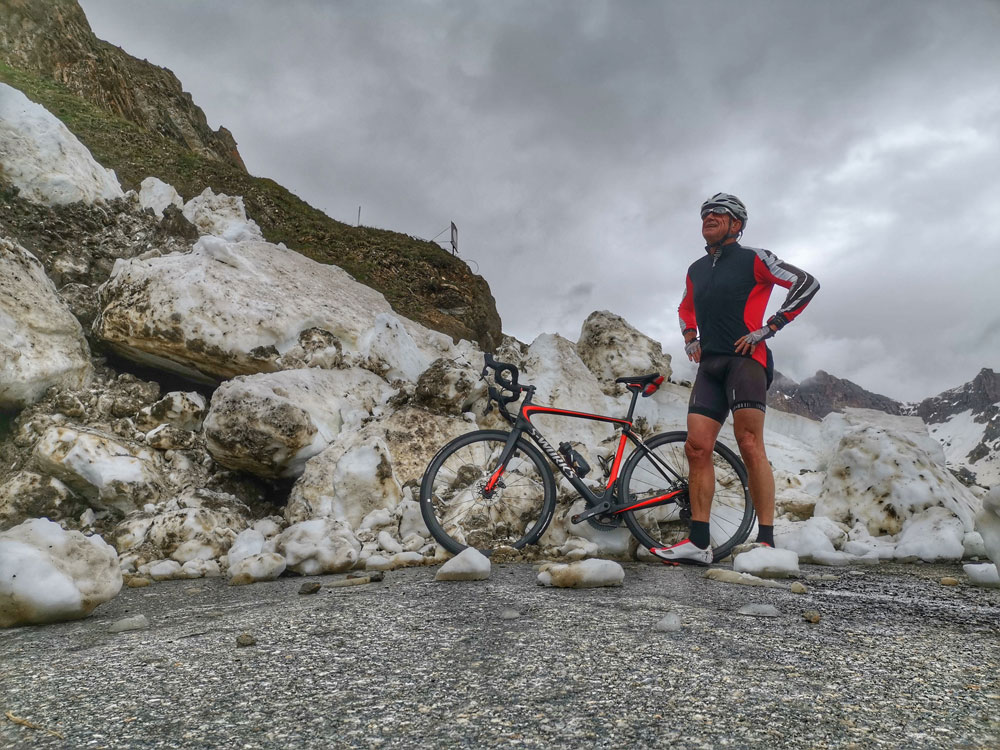 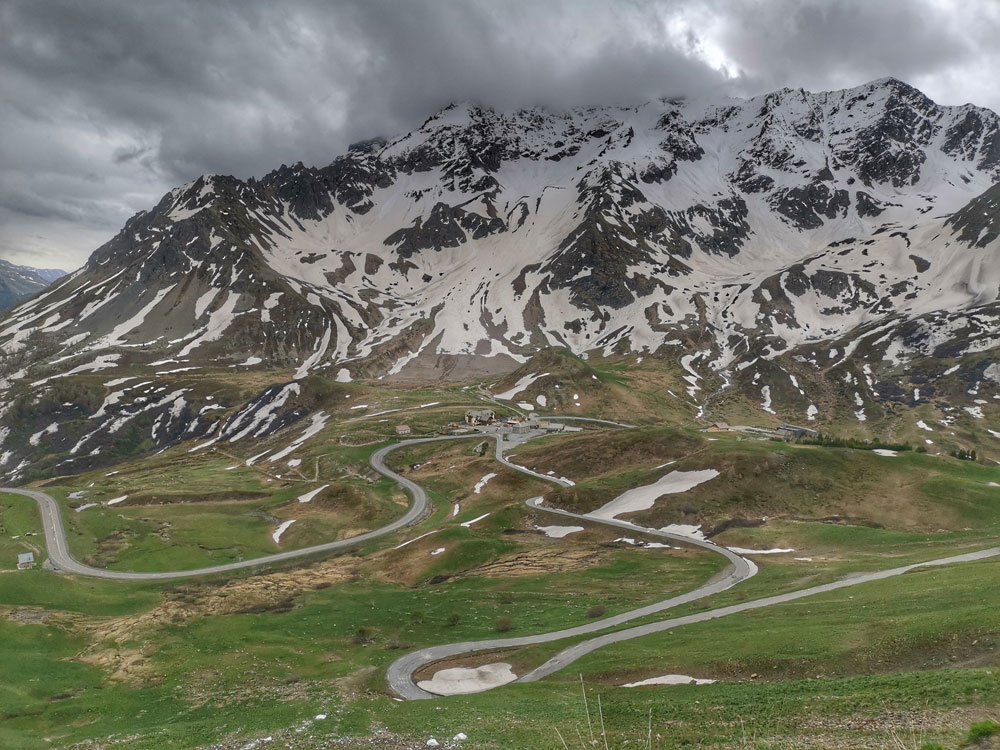 So the diet combined with stretching/yoga over 4 weeks has certainly paid dividends, and the next day I did more of the same on another ride!

The following day I rode the Puy St Vincent loop, which still packs over a 1,000m of climbing and a couple of short sharp climbs and again a couple of PBs.

Then after a superb hike into Italy via Col de Bousson up from the Vallée de Cervières a day later, it was the turn of the Izoard, which is still fecking 'ard.

The road is officially closed, and I had no idea how far I'd get but it did look as if it could well be clear all the way, and it was!

I did think that the approach from the Arvieux side would still be closed as far more landslides after the forest from Brunissard in the Casse Deserte sector but another rider came up from that road. But I think I'll wait till it's officially open before riding the Boucle d'Izoard, which is the big loop, as it wouldn't be good to ride all the way to find it was impassable.

I did so very nearly turned back as the weather was looking threatening (as you can see) but I trusted the forecast/radar and all was good though very chilly at altitude 2,360m. 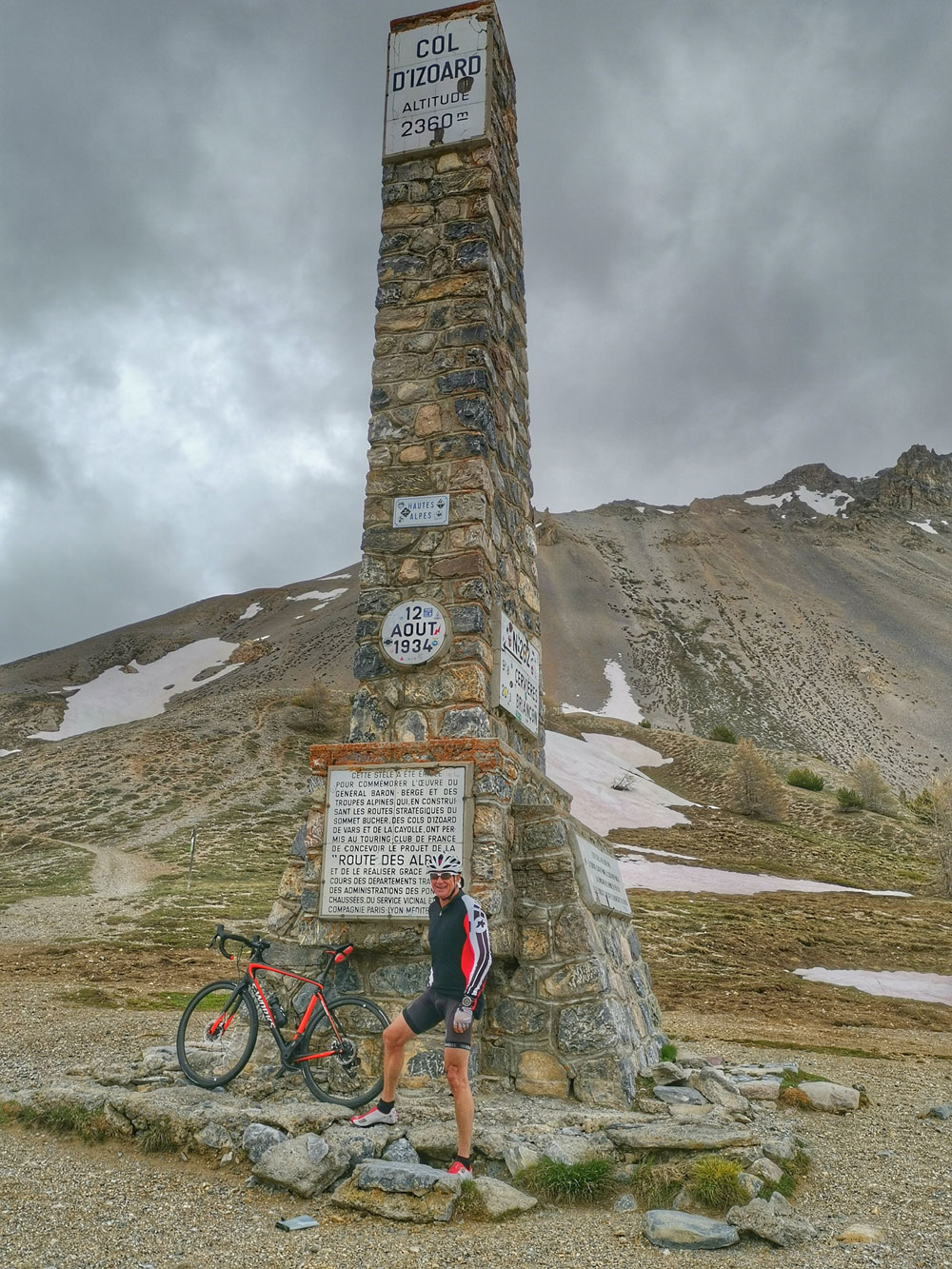 And a short video with some of the descent speeded up.

The following day, together with the dogs we ran up the Ancienne route Galibier as far as we could with one objective to see how far the road was open, and if one could cycle to the tunnel at least, and it looked good. 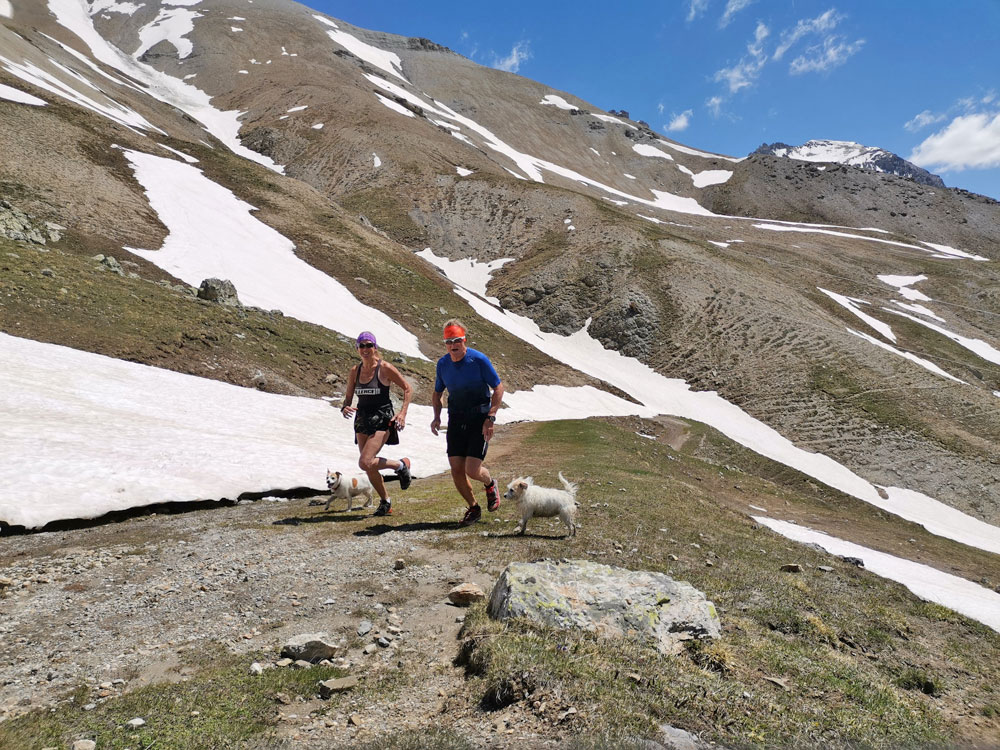 The next day I could not believe how much traffic was on the main road, loads of non-local plates and cars parked up at many of the rando parking areas. Then I remembered it was Ascension Day holiday and many would be doing a long weekend.

Up in the Lautaret sector, there were quite a few ski tourers coming and going on hikes to/from the snow-line.

The road up to the Galibier was closed but there were quite a few cyclists around with the same plan, and as I hoped, it was open all the way to the tunnel 2,550m.

This is at 2,300m and one of our favourite ski-touring areas (Troise Evaches) 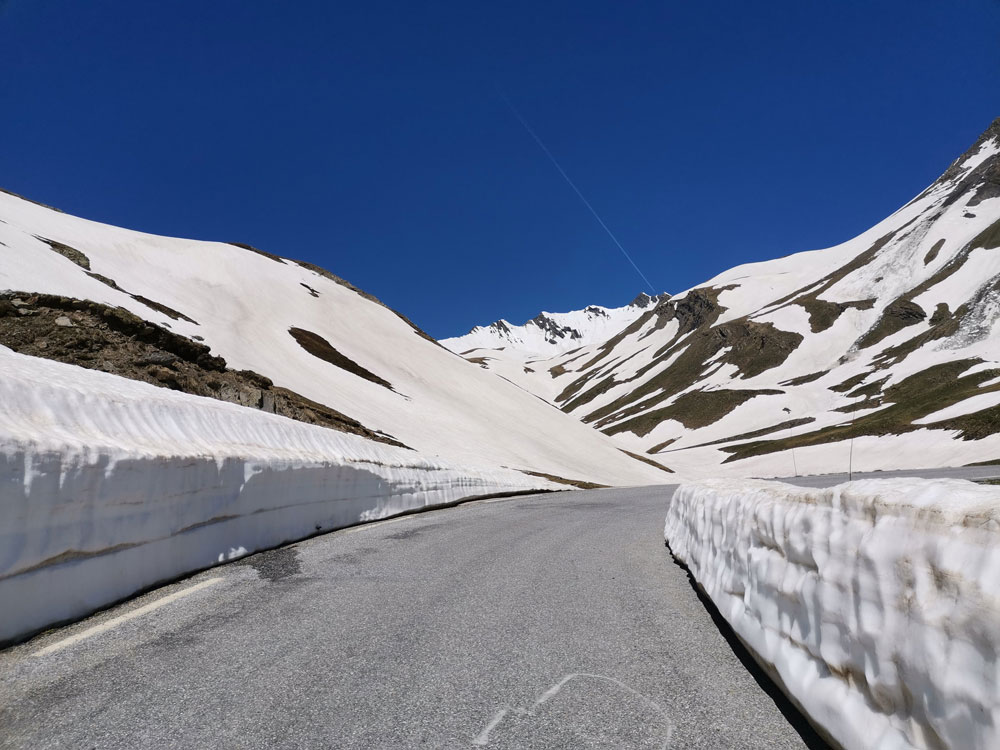 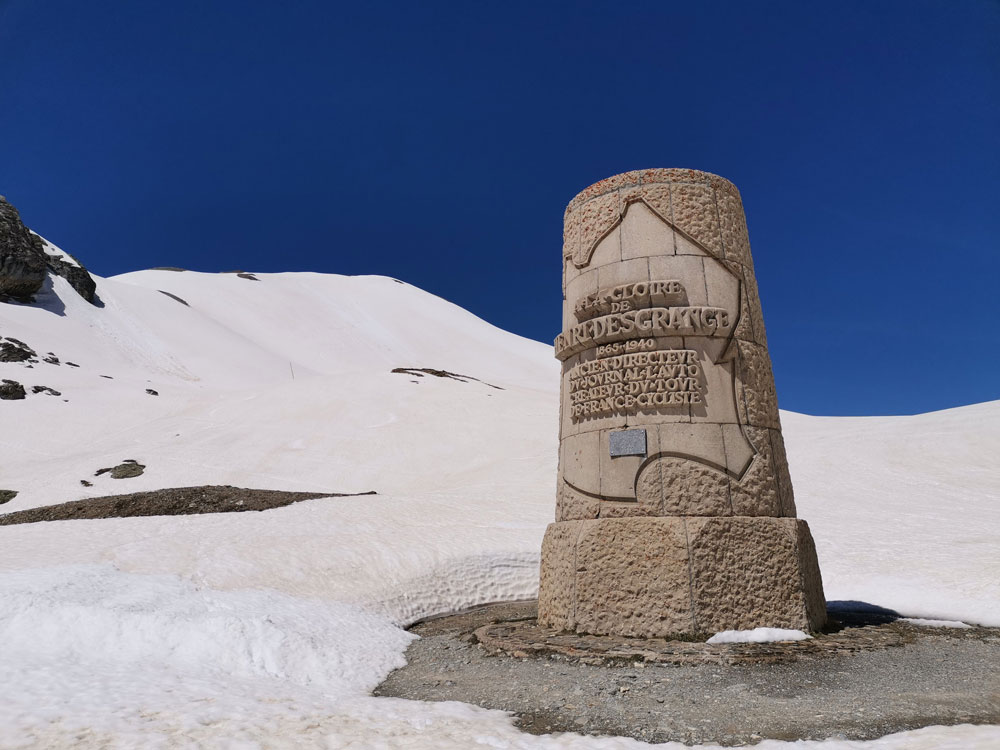 And a short video of some of the descent, again speeded up.

So has been a great week taking advantage of the roads still closed to traffic even though the roads are 'open' though you do have to be careful on the descent as there is a fair amount of debris that together with loose snow falls on to the road, and that is probably the reason why these high altitude roads are still closed for another week.

If you want to read more about Cycling routes and dates for the Cols Réservés Dates 2020 in the Hautes Alpes & Serre Chevalier Briançon which has some of the best cycling in Europe check out this guide which features the cycle routes and cols you can ride.