IS A HELMET A NO-BRAINER? 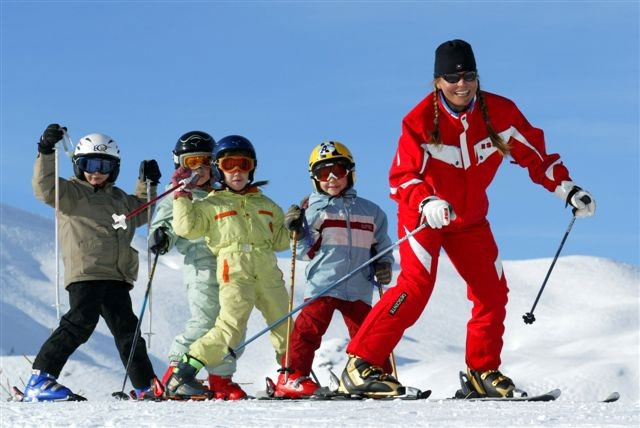 You would think that there was no argument. Wearing a helmet while skiing or snowboarding is a, well, no-brainer. So why do you rarely see ESF instructors wearing them? In woolly hats or bandanas, they lead snaking classes of tiny kids in lids. Hardly setting a good example.

So what stops anyone on the slopes wearing a brain bucket aka helmet? Is it because they're too cool for ski school? It's too hot on a spring touring day? Or fear of the dreaded helmet hair? Elaine Deed lifts the lid...

Guides, also, notoriously ride  without a lid (helmet). I have never skied with a guide who wore a helmet even on the gnarliest of routes. Ok, so I have never seem one fall, either. But, still, we all know that accidents happen. I bet no one thought that Michael Schumacher could ever injure himself skiing slightly off piste having survived metal twisting crashes doing Formula One. And, he was wearing a helmet.

And anyone who watched Czech Slopestyle Winter Olympic finalist, Sarka Pancochova, spectacularly slam into the hard snow and smash her helmet can hardly need any more convincing. As she said, posting the image, below, on Facebook, 'I guess I hit my head, yesterday. Haha. Haven't gone down like this in a long time. But I am all good'. All good, it has to be said, thanks to wearing a helmet. 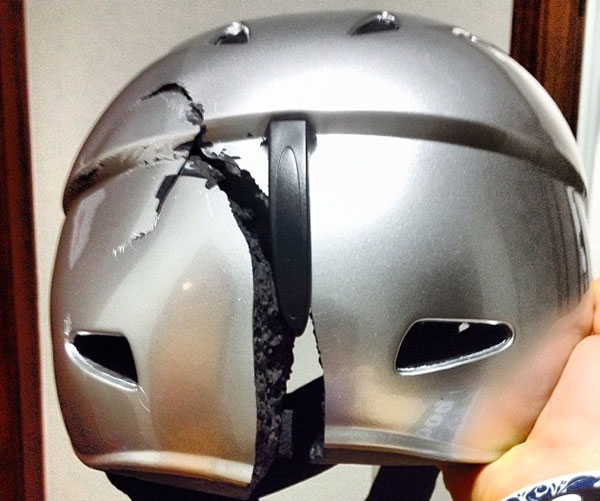 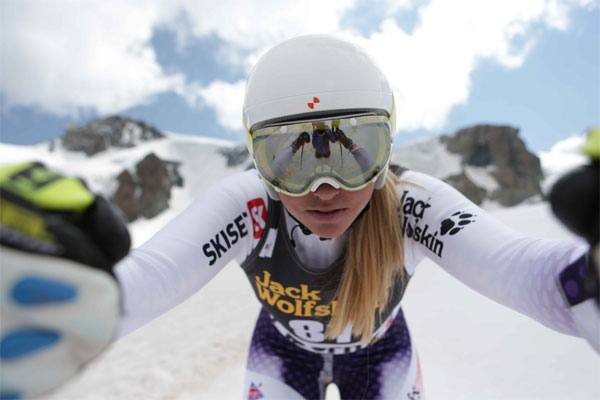 The Brain Injury Group member solicitors manage numerous skiing accident claims each year including people who are disabled, incapacitated or dead as a result of their injuries.

Christine Tallon, a Brain Injury Group solicitor at Leigh Day, strongly recommends all skiers wear a helmet. 'I narrowly avoided a head injury when skiing but thankfully was wearing a helmet. The helmet was dented so I dread to imagine what that might have done to my head,' says Christine. 'We have seen some tragic outcomes of skiing accidents and you can only wonder how the outcome may have been different if a helmet had been worn,' she states.  'I would hope that in the light of recent high profile skiing accidents, every skier, however experienced, will wear a helmet and that. if they suffer a head injury, however insignificant it seems, they seek medical attention immediately.'

For me, wearing a brain bucket has become as natural as putting on ski socks to ride the mountain. I am particularly happy to be in the lid when in a crowded resort where I worry about a stupid collison more than I fear crashing in the back country.

But. hands up, there are times when touring on warm spring bluebird days when I don't take a helmet. It's just too hot. Mea culpa. But, also, it's just not cool, from a credibility point of view for plenty of seasoned skiers and boarders. They never ride in a helmet because 'it's what punters wear'.

I am not sure if this is the reason for most instructors and guides not to wear a helmet. Are they too cool for ski school? Is it their supreme confidence that they will never fall and hit their heads? Or be hit by someone out of control? 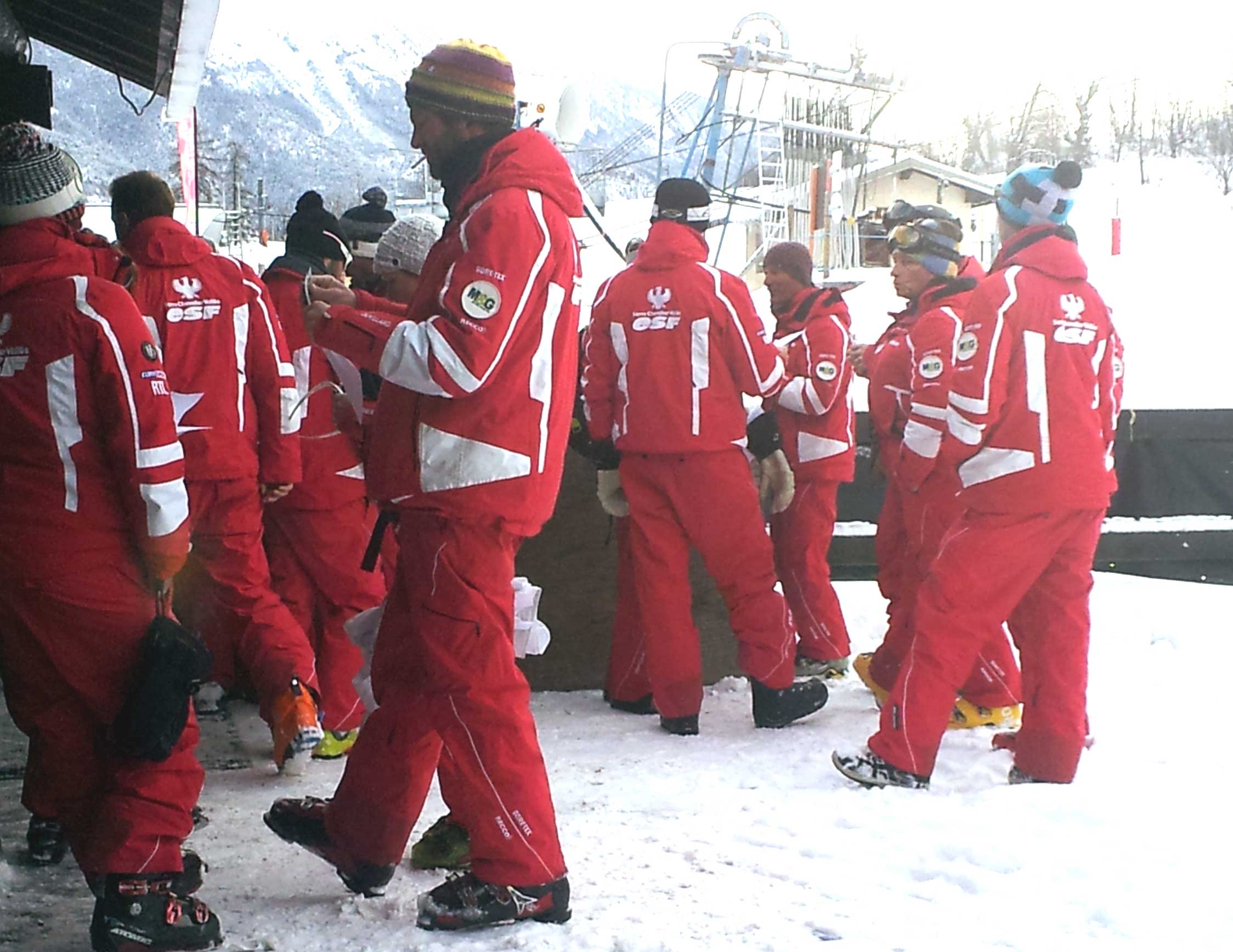 Or could it be their fear of  helmet hair? In Channel 4 reality show, The Jump, hair stylist extraordinaire, Nicky Clarke, had to be firmly persuaded to wear a helmet because of his enjoyment of 'swishy' hair in the breeze. Plenty of ski instructors have 'swishy' hair, too. Especially the men.

We've all been there. Well, mostly, 'we' as in women. You wear a helmet all day and end up in a bar for apres. And, boom. your hair's plastered to your head. Helmet hair. What do you do? You can hardly leave your helmet on - looking like you've just left your spaceship outside the bar.. But do you take off your lid and risk sweaty squashed hair?

It would help to have Nicky Clarke close by with a brush and a spritz of Elnett. Or, at least carry a beanie that you can wear in the bar - or wear it permanently under you helmet East Coast style.

There are some seasonaires, I know, who are so attached to their beanies that I wouldn't be surpirsed if they wear them in bed. I don't know if they have hair, let alone helmet hair.

But, it has to be said, better helmet hair than a head injury. It's a no-brainer.