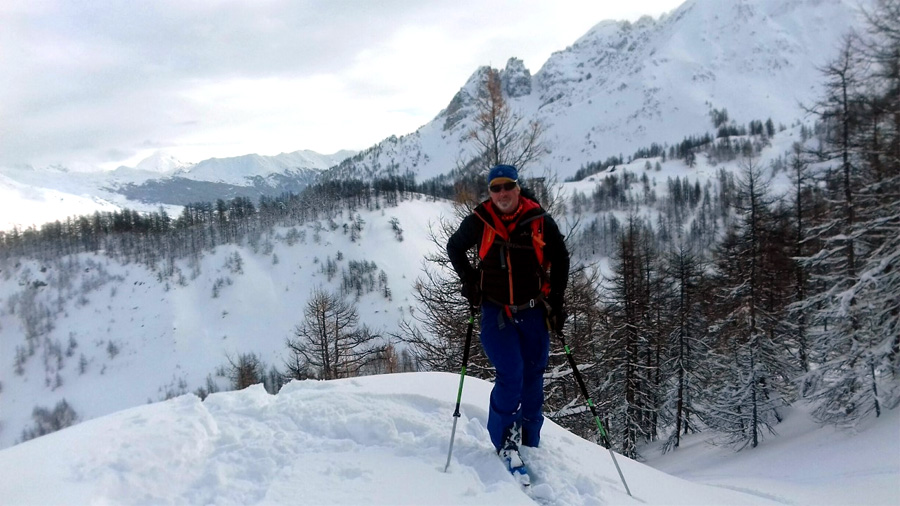 Another day, another play

Higher lifts opening gave access to more powder with only a few freeride groups out to play in untracked powder and the trees. So it was back to the land of the lost ski...

No fresh snow today but more of the resort is open giving access to yesterday's 30cms plus.

We had a later start, arriving at Monetier around 10am but it was fairly deserted and, considering the time, there was plenty of untracked. With the Cibouit lift open (not Yret) there were a few freeride groups heading right off the chair. We did one run, cutting through heavy snow at the bottom in the trees back to the chair - and then decided to make the big descent, traversing at the top and dropping down over amazing snow into the tree line whiere Gav was caught in an avalanche last year and lost a ski (never been found!).

Staying away from obvious clearings (ie where the trees have been taken out!) meant negotiating fairly dense trees so a slightly slower descent for me! Finally we hit the Tabuc black which was hard work in heavy chopped up pow although Gav took a slight detour , here, and said hello to a very very steep slope and a tree or two...