It's that time of year when it's not all about skiing 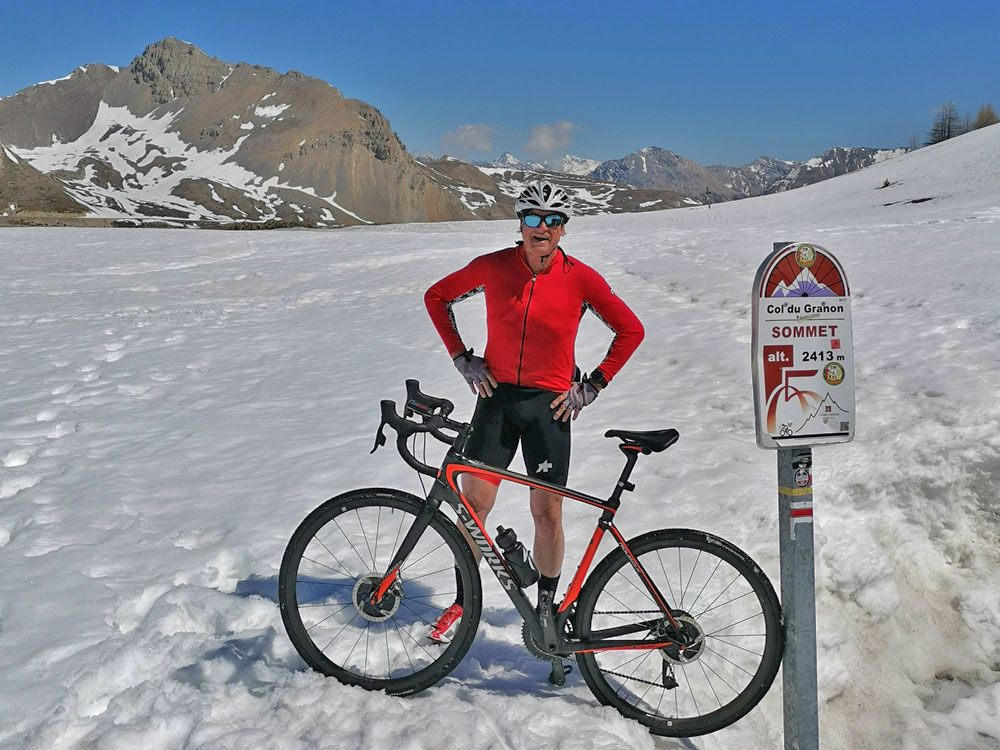 It seems this past week that we suddenly jumped from winter to summer with maybe only a few days of spring in-between.

Temps in the afternoon were consistently in the mid to high 20s and by early afternoon it was almost a game to spot any skiers attempting to ski back down into the valley on the slushy slopes. Now as we enter the last week of the season those valley runs down into resort are looking very shabby indeed and some like the Luc Alphand piste are closed along with the lifts at Monetier.

It's almost a choice of which side of the valley to go out and play on, the sun-kissed, south facing slopes devoid of snow are perfect for hiking and cycling or the north facing slopes that still do have reasonable amounts of snow above 2,100m.

We're fortunate in Serre Chevalier in that we can drive up towards the Col du Lautaret 2,058m, park up and then we have a choice of ski tour routes, though taking the dogs means we are restricted to the Galibier / Vallon de Roche Noire sectors.

With the hot temperatures of last week, I opted to go ski touring with our mountain mutt, Ullr, taking a route that only four days previously I was skiing cold windblown snow (some would call it powder). In fact, these are the activities for last week:

So as you can see it was a pretty active week!

The Friday ski tour up to the Crete de Côté Plaine was especially memorable as it was the first time that Ullr, who is now 13 months old, had really encountered classic spring snow, and the added firmness of the snow pack allowed him to really let rip over the snow. He was loving it as you'll see from the video below.

As I type this it could well be the last day of summer before a possible return to autumn/winter, with the prospect of snow at the weekend at altitude, so it's out with the bike and cycle over to Italy for coffee.

British Skeleton is handed a £1.7m funding cut for the next Winter Olympics cycle after failing to win a medal at the Beijing 2022 Games. click here for more

An investigation into teenage Russian figure skater Kamila Valieva has been completed, according to her country's anti-doping agency Rusada, with its findings due by early October. click here for more