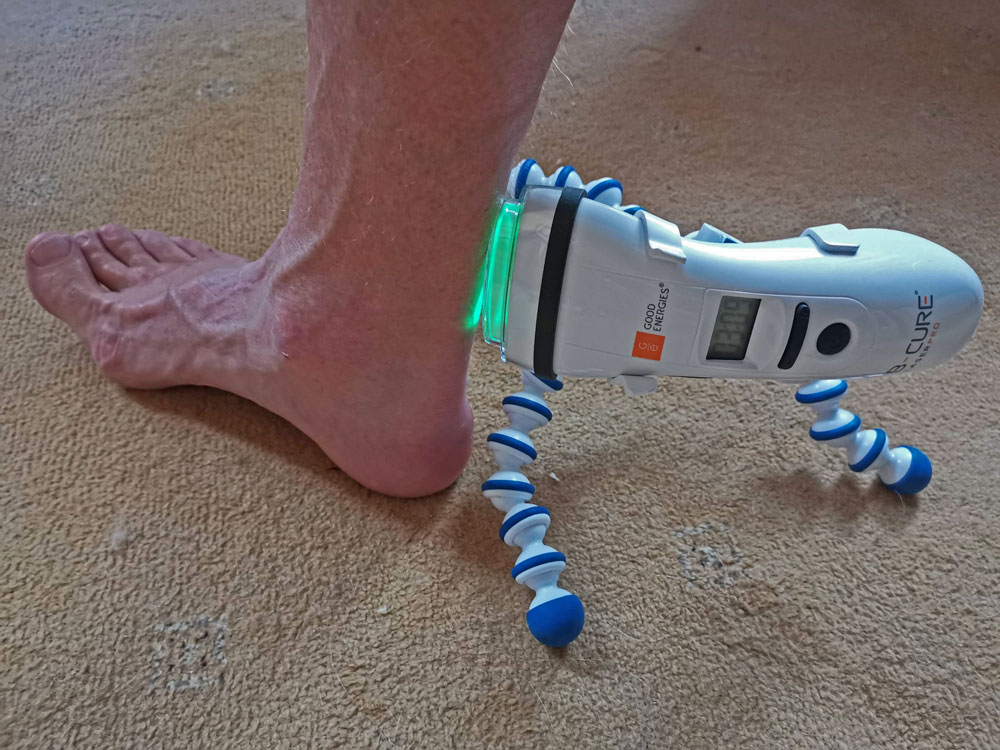 The B-Cure Laser Pro is a unique way to relieve and heal skiers aches and pains, aiding the recovery from knee, calf and back injuries, speeding rehabilitation to get you back skiing

Potentially the most effective way of reducing knee, calf and back-pain to get you ready for skiing

Most of Europe last season, 2020-2021 was a non-starter for skiing with holidays banned, travel restricted and the lifts closed in nearly all European resorts. But that did not stop me from exasperating an old skiing injury, as I was in Serre Chevalier ski touring most days, ending up with severe Achilles tendonitis.

Ten years ago I used to run a lot including taking part in 10kms, half marathons and full marathons. But after changing my running style to Pose Running in order to take the pressure off my knees, I ended up pulling my calf muscles on a regular basis. That was pretty well the end of my running so I concentrated on cycling in the summer months.

Over the years, I did make the occasional foray back into running, and found that doing trails up and down mountains was not too bad. But once I was back at sea level running on the flat, by increasing the distance or the pace, I'd end up injured again.

I should hasten to add that I visited numerous physios and frequently stretched, but having one leg very slightly shorter than the other I did think my body was finally saying "No".

But with a strict protocol of stretching and running at an easy pace, the calves did sort themselves out. However, my Achilles tendonitis never went away. If I again increased the pace running so I'd find myself off games for three or so days, almost hobbling along.

So five weeks ago, I came into possession of the B-Cure Laser Pro. Here at STYLE ALTITUDE some of our team are not as young, fit and agile as we were, but that does not stop us from doing stuff that the young, fit and agile can't hack. I can often be seen on the mountain giving mates 15 or so years younger a good run for their money, especially when it comes to ski touring. But not always without paying for it with an ache or pain later.

Could the B-Cure Laser Pro be the Holy Grail of treating sports injuries, relieving pain and maybe even healing?

I  was a little sceptical. However, it was the price tag of the unit that made me curious as it is expensive. If it does not work as it says on the tin, then how would it survive in the commercial world?

The B-Cure Laser Pro is based on LLLT (Low Level Laser Therapy) technology, also known as Cold Laser, Soft Laser or Phototherapy Laser. The device emits a low-level laser beam in the range of 1-1000mW. It works on the skin surface, while simultaneously penetrating deeply through the skin tissue with no heating effect and without damaging the skin. And no protective goggles are needed!

The key benefits of the therapeutic effects of low-level laser light irradiation include the following:

You start off using it on the affected area for a couple of minutes a day, steadily increasing the duration to eight minutes.

As you can see from the photo at the top I'm able to use it hands-free, while I check my emails and catch up on the news and weather.

So does it work?

I'm typing this on 23rd October having commenced treatment on 16th September. so nigh on five weeks.

This morning, I completed my third 5km Park Run here in Worthing* in a very respectable 23:30 minutes and was 4th in my age group VM60-64 with a PB and 16 Strava Segment PBs!

To achieve that effort I was going as hard as I could, with my heartrate nearly in the red zone. Significantly for three or so weeks, I've had the confidence to increase my pace without fear of injury, which would normally be the case.

In the past, after running hard, eight hours later I would be hobbling. So something is working!

I have managed to seriously injure myself a couple of times skiing. I was helicoptered off the mountain having blown an ACL and then endured the ACL Reconstruction* and subsequent rehab protocol and, also, survived a 15m cliff fall, resulting in severe internal bruising. Even off the mountain, ski resorts can be unforgiving places with the danger of ice, resulting in back injuries, broken wrists and concussion.

We return to our HQ in Serre Chevalier in mid November for the forthcoming season, Covid allowing, and, while I'll naturally take a break from running, I will soon be putting my knees under stress again. Apart from the ACL reconstruction in my left knee, when I was having keyhole surgery on my right, the surgeon, James Lewis, discovered that at some point I had ruptured my ACL in that knee too!

I will start using the B-Cure Laser Pro on both knees as, apart from the stresses of downhill skiing, I also go cross country skiing, (skating technique) and that really finds the aches and pains.

So watch this space as I report back on how I get on with my knees!

And in the meantime, if you want to read more about the B-Cure Laser Pro then take a look at their website where there is plenty of information, plus many a testimonial/personal review and more detail as to its development and the company behind it. 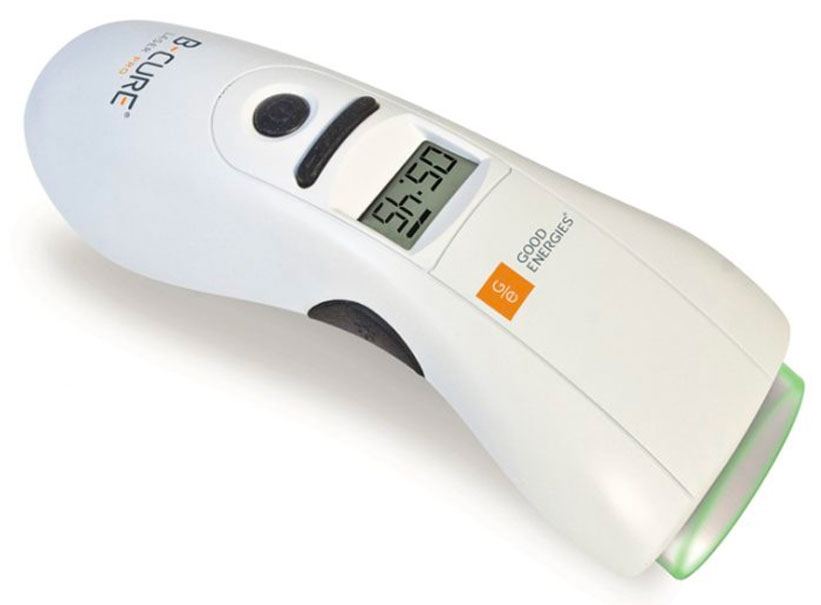 And a healing story

I was recently at a function in London where my friend told me how one of the guests present was a guru who had 'fixed' his back. So after dinner, I went and had a chat.

And five minutes later I was sitting down with him looking at my Achilles.

He asked me to raise my left arm and push it down while at the same time he was holding it. With his other hand he was pressing down on my tendon. Then he made out that he had removed something from my leg, and rather dramatically fell backwards as though what he had in his hands was very powerful/evil. Then he cupped his hands together and blew it upwards.

I stood up and walked as he asked me how it was, I said I could still probably feel 10 percent of the pain. But he said he doesn't do percentages, and had me sitting back down while, this time, he asked me to look at him. He repeated the performance that he did previously but not quite so dramatically.

The painful dull ache had been pretty severe, as earlier in the day I'd done a fast 10km on the South Downs with some steep climbs and quick times. But now it was a 3/10 compared to a 10/10 before.

The next morning, it was a 5/10 where after a run like the day before, I'd be feeling the pain far more for a day or two.

So what's it all about?

A massive placebo, did he slyly hypnotise me or does he have some sort of healing power? His name is Ravi Mantha, if you're interested.

I should, also, add that I did purchase some very cushioned Hoka Bondi 7's running shoes, so have they helped as well?

A tip for using the B-Cure Laser Pro

While it is supplied with a very nifty GripTight Gorillapod stand sometimes it is easier to wedge it using furniture or between your knees when treating the inside of the knee.