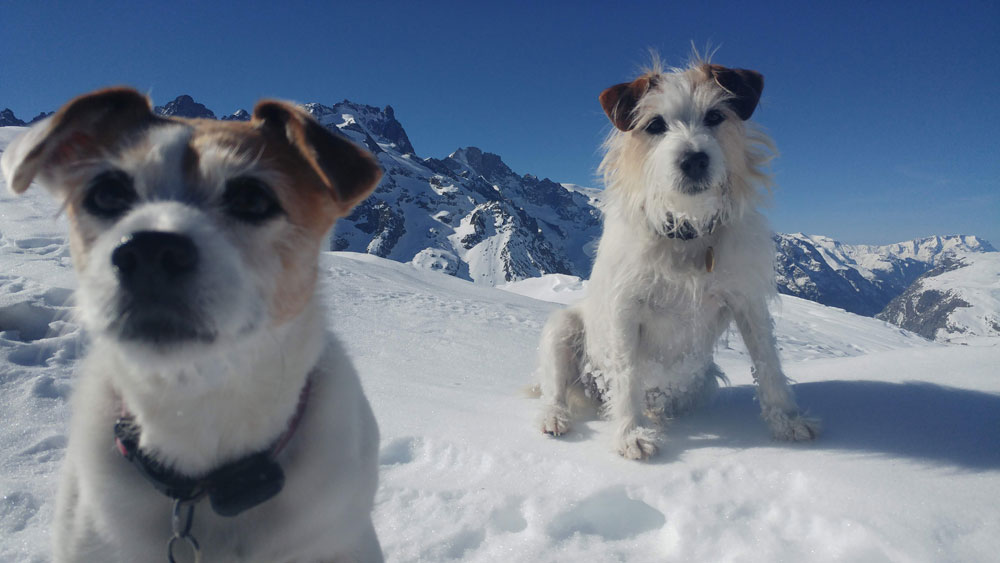 There's Slackcountry using lifts to access untracked and there's Backcountry completely out of resort. But now we also have Jackcountry as in going out with the only ski touring Jack Russells in the world...

With all the holiday hordes taking over the pistes in France, soaking up the sunshine and pounding the runs to boiler plate, it is definitely time to pack skins and either head over the hill for lift assisted fresh tracks or to completely get out of dodge and into the backcountry.

The trouble with the first option is that you have to deal with the hordes for at least some of the outing as in coming back down to the van parked at the start of the lifts. All the steep and deeps that I've faced this winter have been NOTHING compared to the sheer terror of skiing among out of control youths and beginners zigzagging from piste edge to piste edge. I know, I know they have to learn but the danger of collisons is currently Risk 5.

So on Sunday we decided to do some Slackcountry over the Col de Mea accessed by three lifts from Serre Chevalier, risking life and limb not because we skied over the top and down some pretty interesting generally south/south-west facing snow, including some powder, some spring, some wind-affected crud or by skiinning up around a steep 600m but no the biggest danger was skiing down among the tourist twats on the Cucumelle and Bez runs.

Today, however, we headed for Backcountry up to la Crete de Cote Plaine et le Vallon de Roche Noire from the Lautaret. We only saw six other tourers from our set off at 09.00 till returning four hours later. Spring or powder snow? We went for powder and scored untracked off the ridge. 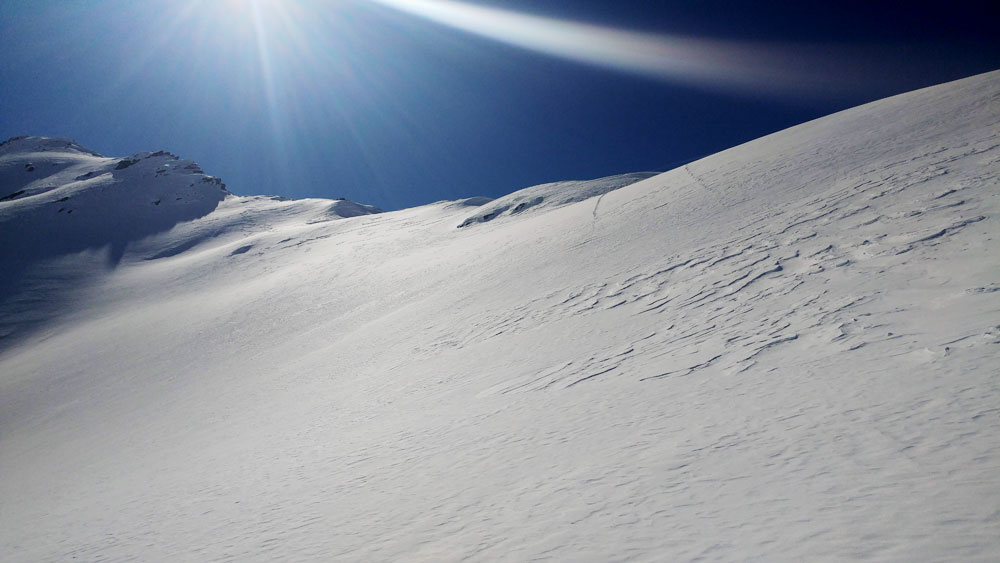 But we're now calling it Jackcountry as we are accompanied by our two ever-enthusiastic Jack Russells, we believe to be the only ski touring Jack Russells in the world.