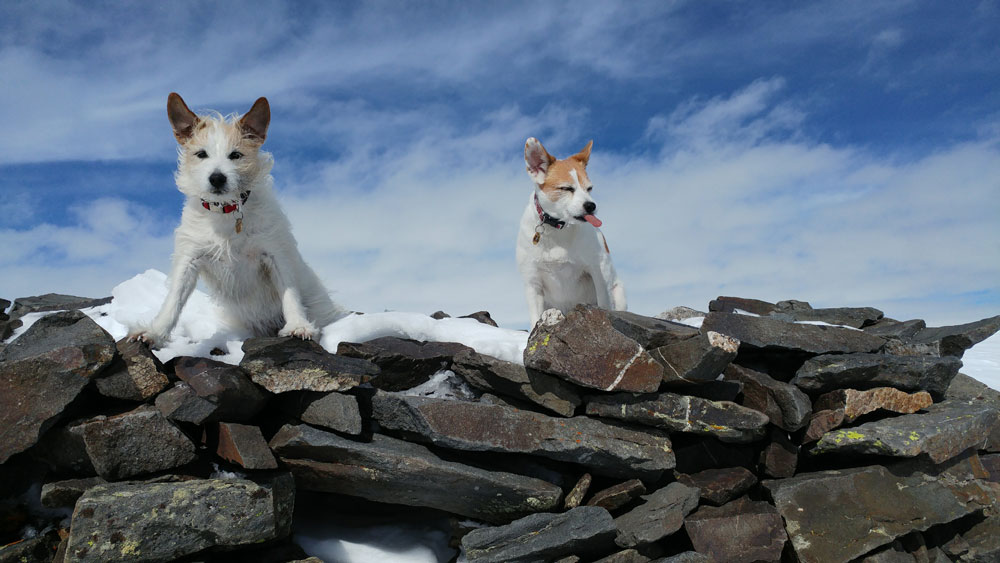 First Spring Tour of the season

We've had some glorious weather this week (though not as I write this), and for most of the week I've been avoiding the hordes by taking to the XCountry trails trying to perfect my skating.

With temps most afternoons in double figures and freezing overnight so the snow was doing it's Freeze/Thaw thing and starting the transformation to spring snow.

So a plan was made for a gang of us, and of course Les Rando Chiens to climb up to one of our favourite summits just behind us, La Gardiole 2,753m.

This time last year we were able to drive up to around 2,000m but yesterday we had to start at 1,500 so a long climb.

We were all concerned as to what condition the snow might be in, and would it have transformed or would be end up skiing a mixture of crud and crust? And as we were climbing up we were trying to be optimistic.

We took it easy doing around 300m an hour and once at the summit is was pretty windy.

The ski down was mellow and sublime a mixture of powder and spring snow, except as you can see in the video Les Rando Chiens found it hard going at times, and worked out it was easier to run down the skin track we had made on the climb up!