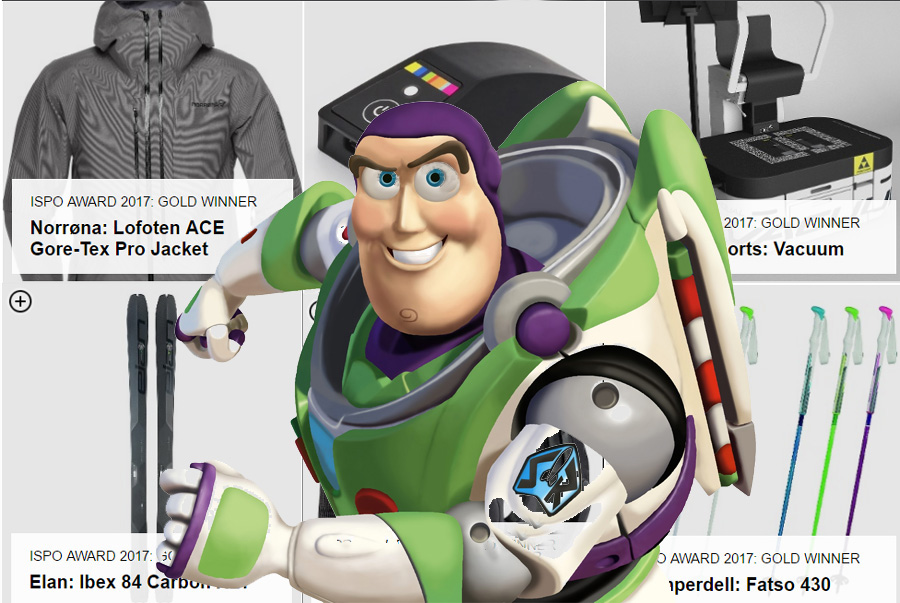 The buzz word for next winter 17-18 is 'light'. It's impossible to talk about new kit without mentioning the 'l' word.

Among the 16 Gold Award Winners in the ski category at  ISPO, February's trade show for gear next winter 2017-18, at least 10 of them were commended for being light.

From Elan's Ibex 84 Carbon XLT touring skis weighing in at 1000g (163cms) with an 'ultra light feel' to Komperdell's Fatso 430, a 'light technical ski pole with good grip' to Black Diamond's Helio gloves with a  durable insulated outer that is 'superlight and bulk free' to SCOTT's Symbol 2 Plus D helmet with carbon flip core that offers 'a good compromise between stability and lightness'. 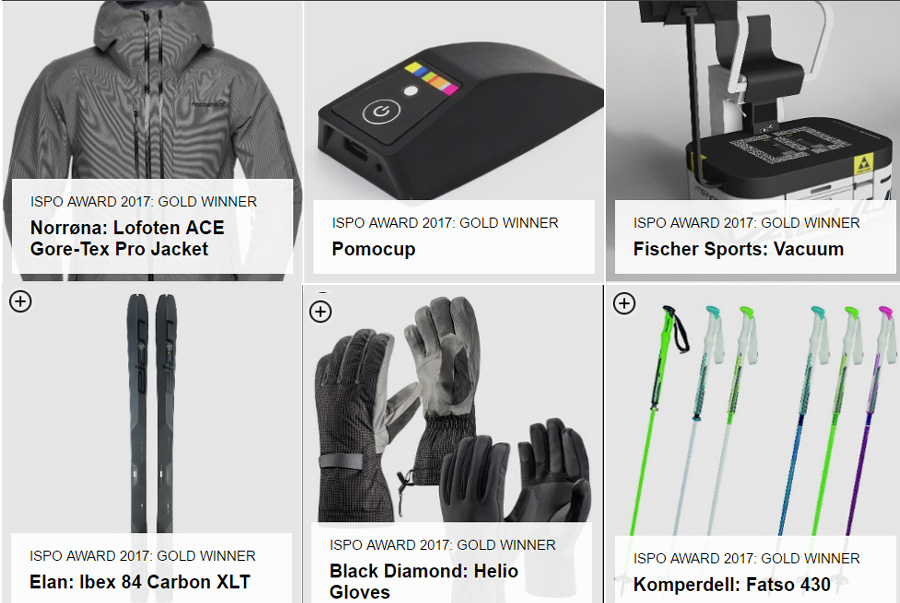 Your jacket, thermals, backpack, boots and helmet are all lightening up for next winter. When it comes to touring - and the ski brands have come in force to this ever growing market - light is the most used adjective for describing next season's kit.  Boots,skis and packs weigh less than ever before, making the going up a breeze. Coming down, it's a case of finding the optimum weight  to performance ratio that gives lightness without losing downhill power.

Arguably, if skis get any lighter they're gong to float away to infinity and beyond. Or, at least, give you a very bad time coming down on icy crud.

Getting through any appointment at SLIDE without brand representives mentioning the 'light' word was virtually impossible. Even the goggle brands were talking all about 'light; albeit in a transition, photochromic lens way - see Bolle's new Modulator below. 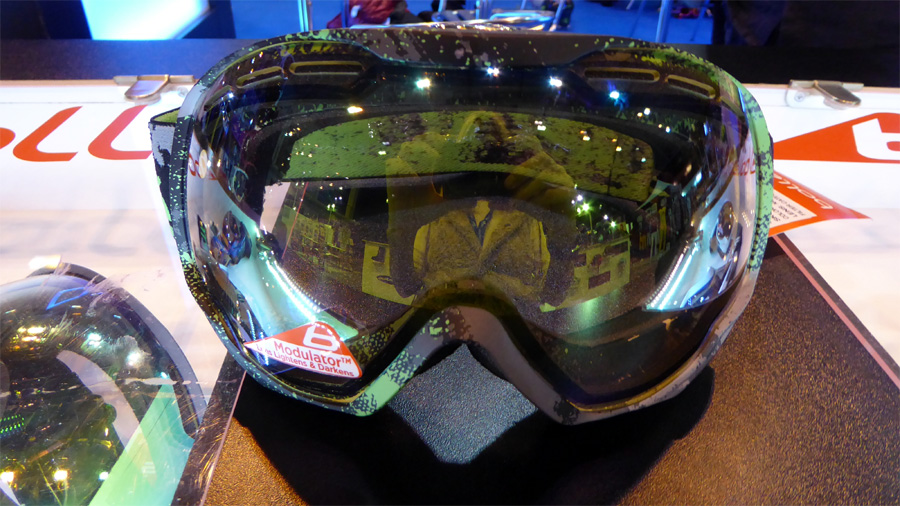 The exception was Mark 'Woodsy' Wood, Sales Manager of SCOTT Sports UK who wouldn't be drawn on the weight topic of next winter's skis because Herve Maneint, their ski designer, believes the sell is more about how they perform than about how much they weigh. Woodsy left it to Josh, who now looks after SCOTT UK northern sales, to try to get  through a guide around SCOTT's new lines for winter 2017-18 without mentioning the 'l' word.

Epic fail. He picked up  the new Slight ski (see there's light even in the word) and described its construction with carbon stringers making it 'a lighter cross over sk'!. He got through SCOTT's new S1 Carbon 130 boots which are ISPO 2017 Award Winners, describing their ground breaking front ski/walk mode and how they 'walk like a touring, ski like an alpine', without mentioning their light carbon construction but when we arrived at the Vertic Tour technical jacket, Josh pointed out that it is not only more breathable but also what was that Josh?, 'Ten per cent lighter'. Doh.

The lightness of jackets is a significant trend emphasising the move away from one bulky jacket for skiing or snowboarding in favour of layering up. So when it gets warm, take off your lighweight outer layer and compress it into your lightweight backpack (which was incredibly light until all the kit stuffed inside). This concept falls down, of course, if you don't buy all the layers created by the brand for optimum breathability, insulation, warmth and wicking effects and, instead bung on an old t-shirt or hoody among the layers.  It's why I like brands such as Volcom and 686 who sell outer jackets with attachable inners to simplify the layering process.

But when it comes to hardware it has to be said that the major brands have upped their game as far as construction using carbon, balsa, graphine (Head), bamboo and fairy dust  to lighten up their products  Okay, so maybe not fairy dust but certainly they've been busy using every technical means available to produce the optimum kit for us to ride.

Those heavy robotic lumps on the end of your feet? Yep, now lighter lumps. More and more feeride boots are losing weight to make it easier on the ascent ski touring - and an added bonus walking up steps to the bar. ISPO ski Award Winners for 2017-18, The Scarpa Freedom SL light freerider weighs in at 1850g (size 27) and the Nordica Strider Pro 130 Dyn (below)) with Michelin rubber technical soles is now 20% lighter for next winter weighing 1800g.

But the featherweight champion is the all mountain Atomic Hawx Ultra XTD 130 at a mere 1400g (shown above with SCOTT's new S1 Carbon 130 with game changing ski/walk mode at the front).

The overall Ski Product of the Year winner of ISPO was the Fischer Sports Vacuum 3D foot scanner which creates a digital copy of your foot to select the perfect fitting boot - a nice new weapon for highstreet retailers in the war with the online websites (unless, of course, your customer uses the scanner in the shop and then buys online). Also, presumably they need to stock Fischer ski boots.

I'm just wondering when they will create a Ski Scanner that'll factor in your weight, height, stance, ability and preferred discipline (piste, off piste, randonnee) to come up with your perfect ski?

Maybe not so many light years from now....