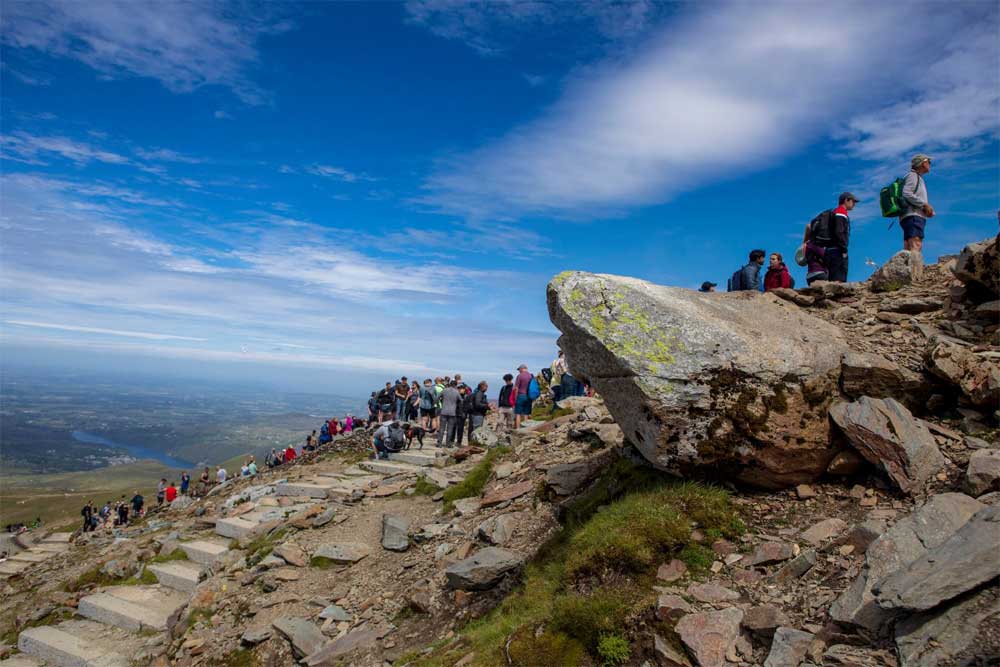 WHY 10 PERCENT OF BRITS NEED TO BE ABROAD

With the hills alive with staycationers in the UK, Chris Tomlinson, author of Skiing With Demons, says it's reminiscent of crowded half term pistes although you’re unlikely to be felled on a fell by a French kamikaze walker

Queueing for a selfie on Snowdon:: Chris Dobson Photography

Thanks to the pandemic, it’s been 18 months since my last tartiflette! My taste buds can barely remember that gooey tangy loveliness. I still have vague recollections of the activity that usually preceded its consumption - ‘skiing’. Although I’m a little worried my legs won’t remember how it’s done.

I may have lost an entire ski season to the corona virus but between lockdowns and in a safe and socially-distanced bubbly way, I have managed to summit a few English mountains and keep my fell-bagging score board ticking over and more importantly, get my mountain fix.

GOOD WAYS TO EARN A PINT

Fell-walking is a good replacement for skiing. Not least because it involves pointlessly going up a mountain in order to almost immediately come back down it. Both methods of doing so usually involve taking on a physical and/or mental challenge for its own sake.

It’s not just the nebulous reward of meeting a pointless challenge that drives me upwards or downwards. Both activities release endorphins that make me feel happy and thirsty - both are good ways to earn a pint.

Since ‘Freedom Day’, getting my fix has become more problematic. Finding a parking space at the bottom of most UK mountains has become difficult and finding accommodation anywhere near one is nigh on impossible now, thanks to an invading army of staycationers who have been forced to abandon sunnier climes.

If you enjoy doing the unfashionable it’s always annoying when it becomes popular. When holidaying abroad becomes feasible again I hope the staycation trend will be reversed. If not, I may have to start holidaying in the Balearics and take package deals to Corfu myself.

I’ll admit that, before the pandemic, I didn’t exactly have the national parks to myself. The Lake District in the school holidays has always been fairly rammed. I usually head to the Yorkshire Dales, the North York Moors or the Peak District to avoid the Lakes during August.

This year Cumbria has been completely gridlocked since mid-July and convoys of caravans are heading to all places North that have sheep and hills. I hear the South West is fairing no better. I suspect that with every campervan that now enters Devon another is shunted off the cliffs at Land’s End.

Wales isn’t escaping either. There was a 40min wait to take a summit-selfie at the top of Snowdon, last weekend. When I saw a video of the queue it looked like a scene from the Hillary Step - only day trippers not Everest climbers, were waiting their turn.

Before the staycation resurgence, even in the holiday periods, it was possible to find reasonable solitude on a Lakeland fell, once you left the ice-cream eating hordes in the valleys behind. But now more people seem to be venturing aloft, many ill-equipped and uninformed. Queues were reported on Helvellyn and Scafell Pike, last week too. There was even a traffic jam on Blencathra’s notorious Sharp Edge - a route precarious enough without accidentally being nudged over the side to your death.

It is reminiscent of my experiences on crowded pistes during 'hell week' in the Alps – you probably refer to it as February half term. Apart from potentially giving you Covid other walkers are less dangerous than skiers. You’re unlikely to be felled on a fell by an out of control beginner or a French kamikaze walker. Although you might have to jump into the heather adjacent to your path to avoid colliding with a mountain biker, so you do need to stay sharp.

I may have missed a season’s skiing but it seems the UK’s mountain ranges have developed some attributes of the Alps– unfortunately it’s the attributes I don’t like. The pandemic has illustrated to me just how crowded our island is and the need for at least 10 percent of its inhabitants to be abroad at any given time.

I have optimistically booked some skiing trips for next winter using the EasyJet vouchers from the flights I didn’t take last year. But who knows if we are going to have another winter of discontent? If we do, I’ll have to order some Reblochon from Amazon and make my own tartiflette. 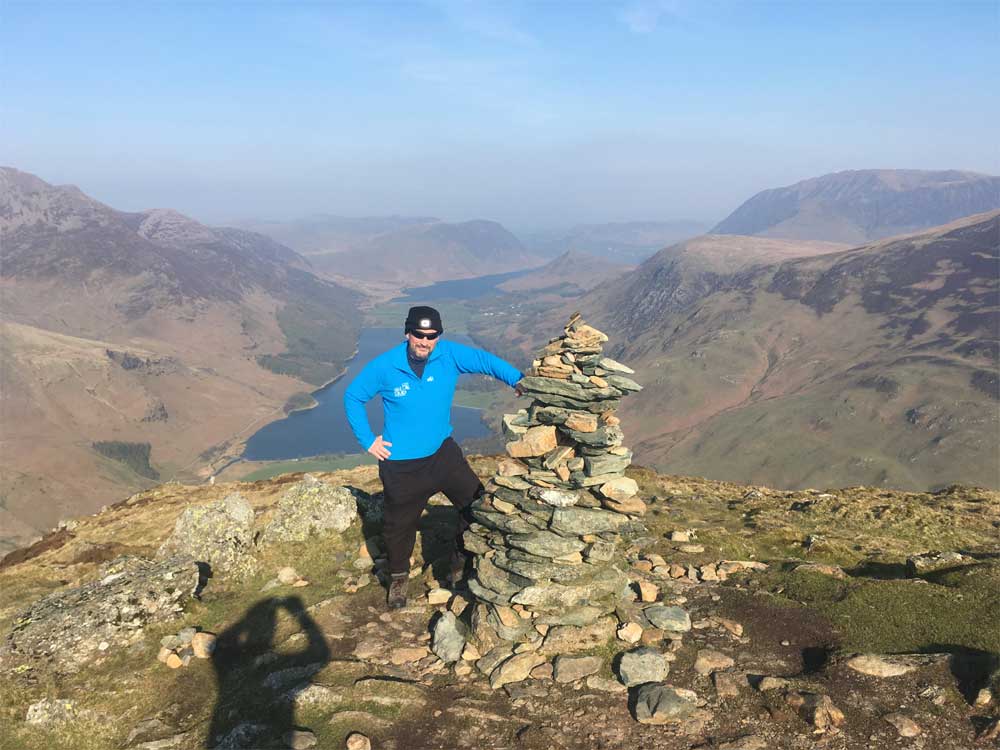 If you enjoyed this blog, sample chapters from Chris’s books, the Skiing With Demons series, can be read online here