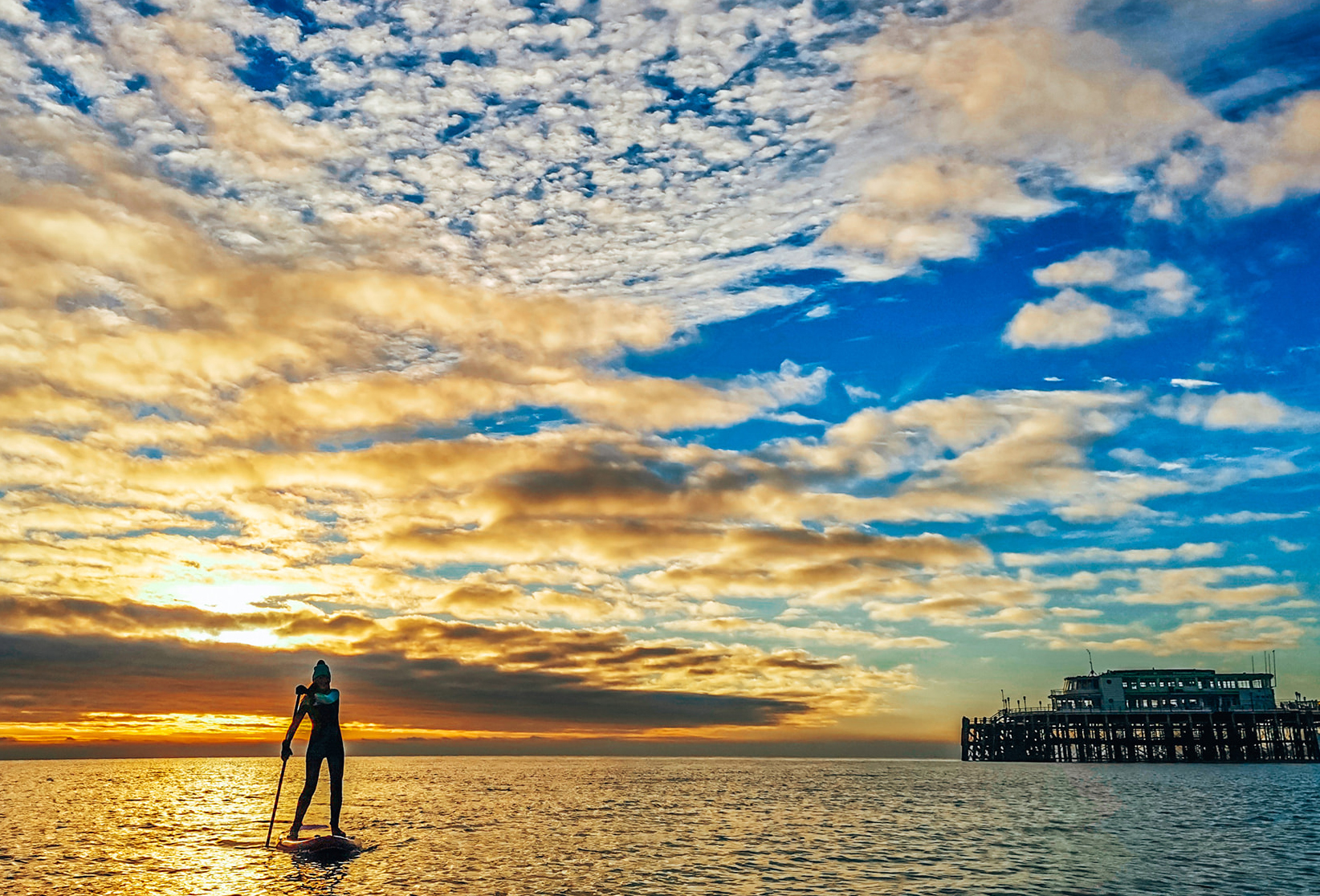 Unable to get to the mountains, do you watch videos of skiers and snowboarders shredding the pow (including those from our crew) - and weep? What can you do? Find another adrenaline sport - and some perspective...

It's called The Comparison Trap - or Comparanoia - as in measuring your life against others who seem to be having a hell of a better time than you.

Or it may just be measuring your life now in lockdown compared to previous years. This morning I was welcomed with a memory on Facebook, skiing boot-deep powder off piste two years ago in Serre Chevalier. And it was just too painful to watch on my laptop on a grey January day in the UK.

It's the same for any videos and pics of skiing or snowboarding currently posted on social media, be they professionals on the Freeride World Tour or merely the fortunate few who are in the mountains during this global lockdown.

Plan A: Getting to France During Covid

When I say 'fortunate few' #luckybuggers, I include Gavin, my husband, STYLE ALTITUDE Tech Editor. He left the UK in the van on New Year's eve for France with our two Jack Russells, the famous Rando Chiens, arriving before Brexit officially created any more issues than Covid already had for travel to Europe.

Plan A was for me to follow a week later but then the UK went from semi-restricting tier levels to full-blown lockdown and all the direct flights were cancelled. Lockdown? I now feel locked out. With so few windows now available to enter France - and none that don't involve complicated travel arrangements, negative Covid tests and quarantine let alone potential Covid infection from others en route - we have Plan B to wait my first vaccination in the UK, which should be mid-February, according to the online vaccine queue calculator, but obviously much later if Ursula Von Der Leyen has any more say in it.

Meanwhile, I have to endure our WhatsApp group, POWS, pinging everyday with plans and actions from those who are in Serre Che And, no, they're not like those smug Instagrammers in Dubai 'showing off in the sun' posting images of their poolside holidays, these members of our POWS group do actually live in Serre Che. Though, yeah, they are pretty darned smug with all that powder to themselves.

With no lifts working, they have limitless ski touring even taking advantage of the resort's empty powder-covered pistes. Although there may be more ski tourers than usual, it's a huge area for untracked turns even though, of course, they have to be earned via around 1000m of climbing.

What to do back in the UK to avoid Comparanoia apart from turn off POWS and screen Facebook for ski vids? Although I run most days to stay fit, I feel deprived of that adrenaline rush you get backcountry skiing. So I have taken up another extreme sports to deflect my mind from craving limitless powder. Yep, here where we live on the South Coast, we have unlimited cold sea and diving into the freezing waves in January is an adrenaline-fuelled fix akin to hucking Corbets Couloir.

What was meant to be a one-off dip on New Year's Day in just a swimsuit and woolly hat, has turned into a daily routine, developing from a superfast 30 second screaming session to a positively leisurely 7 minute swim (with the occasional scream when there's an icy wind and even icier face-slapping waves).

I have also defrosted the SUP for winter paddles around the pier (main image from the second week in January), which also creates an adrenaline rush at the very thought of falling in that deep glacial water even wearing a 5mm wetsuit.

And,  I know, showing images on Facebook or Instragram of me jumping into the freezing sea - or paddling over it - is not going to give anyone the same envy or Comparanoia as Gav's GoPro footage of skiing powder in Serre Che. I have no fear of creating The Comparison Trap or FOMO. More likely JOMO.

But now people who see what we are doing on social media are joining us in - and on - the sea (distancing is not an issue when you have our stormy winter seas). And everyone is feeling the positive effect of undertaking such a challenge as jumping into the cold sea, relieved to have a distraction from the never ending lockdown, feeling empowered, getting that adrenaline high and a real feeling of achievement (and OK maybe slight hypothermia).

It makes me feel good to have helped influence others (who are also paying it forward inspiring their friends and followers), to do something positive everyday during this pandemic.

So let's put this into perspective. Missing out on skiing does not compare with the suffering of those who are missing their family and friends who have sadly died from Covid.