What is the Covid Effect on Skiing? Empty Pistes 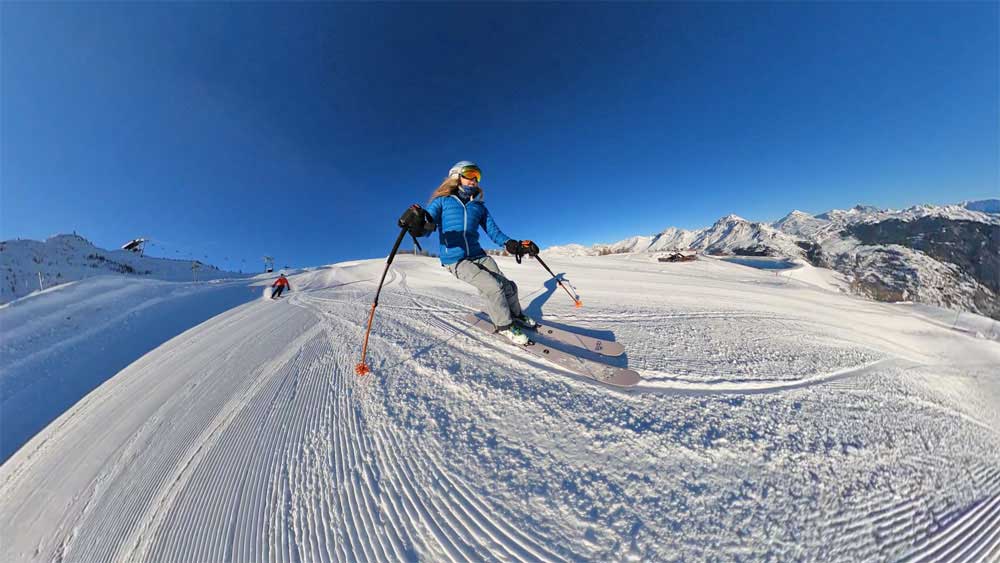 Sitting on the chairlift, after a dozen early runs, Gav, he-who-never-skis-in-resort, turned to me and said 'I think that was the best piste skiing we've ever done'. I had to remind him that he said the same about skiing in Winter Park, Colorado a couple of years ago, where the pistes were immaculately groomed and as wide as Texas.

This week in Serre Chevalier, though, is pretty much as good as it gets on the piste, even though I was on my superlight ski touring gear with 106 DPS Pagoda skis. Although less than half the lifts and pistes are open, there are plenty to play on. We were up early for first lifts but needn't have rushed as there was no Colorado-style  'pressing glass' queue to get on and the runs remained pristine corduroy until at least 11.00.

The lack of crowds is mostly due to the European holidays not starting until next week, but there is also the Covid effect. Many, many Brits have bailed because of all the hoops to jump though as in testing, the issue with over 12 year olds only having one vaccination (and therefore no pass sanitaire), the added expense of tests and, finally, the fear that they might actually catch Covid and have to quarantine.

If only we had some sidecountry fresh pow instead of windblown crust - and this few people to trash the sidecountry. But, hey, two hours of corduroy is not to be sneezed at - not that you can openly sneeze at anything these days without a medical grade face mask. 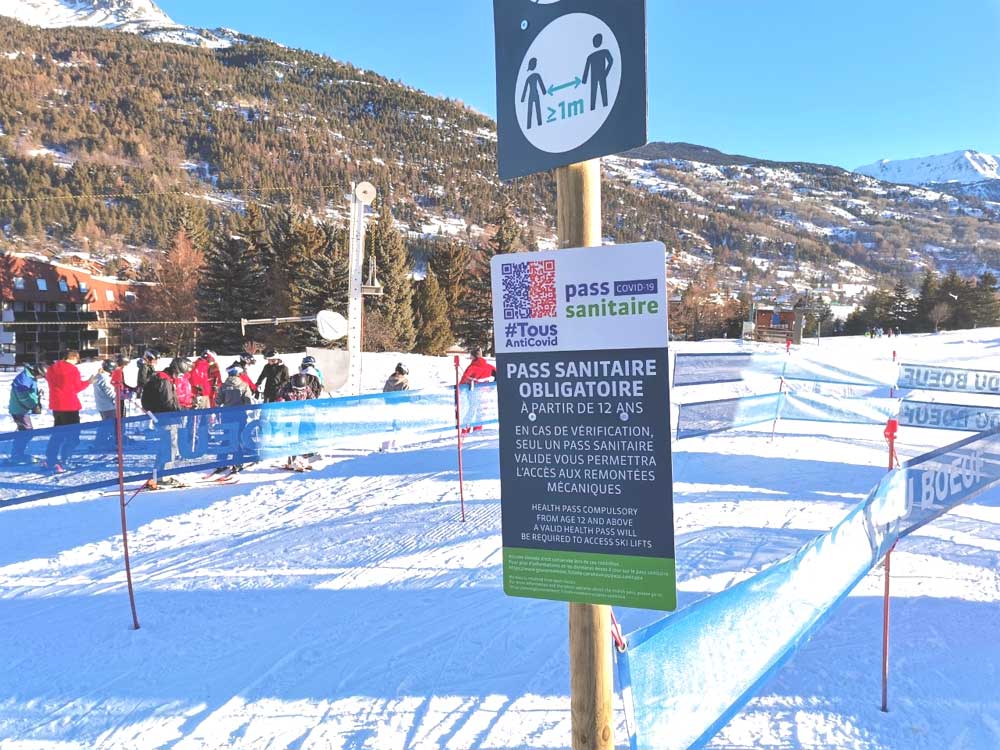 However, very few skiers and snowboarders are wearing face masks in the queues, keeping their distance - or being asked to show their pass sanitaire even though there are signs at every lift (above). Unlike getting on the gondolas and going into mountain restaurants, where the pass sanitaire is mostly obligitoire (but not always), there is no enforcement of face masks on chairlifts. But, mostly everyone is keeping their distance, not sharing gondolas with strangers and sitting as far away as possible from the guy sitting on the chair coughing with no mask on.