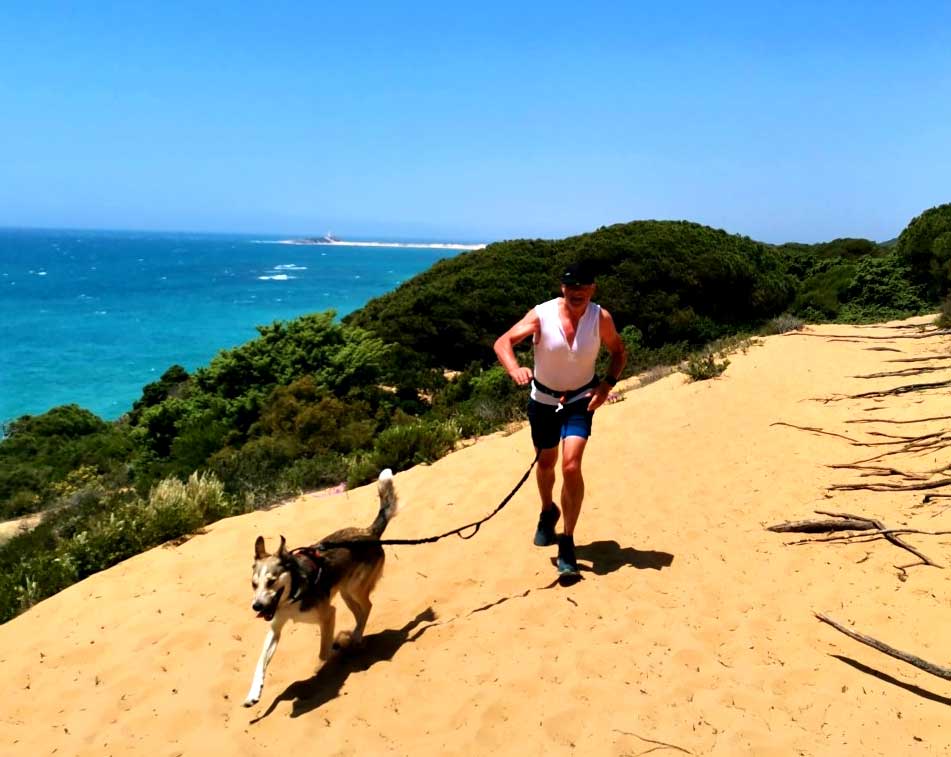 The end of the ski season isn't the end of keeping fit. We are now pedalling and running, swapping the mountains for a beach, the snow for sand, maintaining fitness until we ski again...

According to Strava, since we've been in Los Canos de Meca for the past two weeks, Gav's notched up seven road bike rides, five runs and five kite surf sessions. I've done 10 runs, several along the spanking new bright green cycle/pedestrian lane beside the coast and numerous walks along the beach that I don't bother to record on Strava.

Of course, the end of the ski season isn't the end of keeping fit for a year. Recognising the fact that so many have our same mindset, switching from skis to wheels or running shoes, SCOTT Sports have just launched SCOTT Travel, offering, first up, cycling adventure trips and, coming soon, trail running and winter activities. It's a no brainer for SCOTT.

We're currently on our own sportive adventure holiday in Los Canos de Meca north of Tarifa, with the three dogs. Some people, of course, think we're permanently on holiday in Serre Che, skiing all season, and they do have a point.

We first came to Tarifa 35 years ago, bringing windsurf kit in the days when you could just load them on the plane with no excess charges, staying at the Hurricane Hotel. Now it's a three-day drive at the end of the ski season to our favourite coast, 50km from Tarifa near Cape Trafalgar, far from the Marbella mob, with the van full of Gav's kite kit and bikes, and my running shoes squeezed in a corner.

A month in May is perfect, not too hot with temperatures early to mid-20s - and very few people. The dogs can come on the beach (not allowed in the July/August holiday season) and the car parks are empty. During the week it can be so quiet that many of the local bars and restaurants don't open except for the weekend. Sadly, a few chiringuitos are now neglected shells unlikely to open at all in the foreseeable future, economic victims of the pandemic lockdowns,

Ullr, our young husky-cross, has been enjoying hooning around here as much as in the snow (main image with Gav), finding running in the deep shifting sands much easier than we do. I, also  take him for a run most mornings along the trail up the hill behind our villa in the National Park (5k and 150m climb) using a waist harness - and his inherent sledding instinct to pull comes in very handy. Also, great for keeping him fit throughout the year - and ready to pull me uphill ski touring!