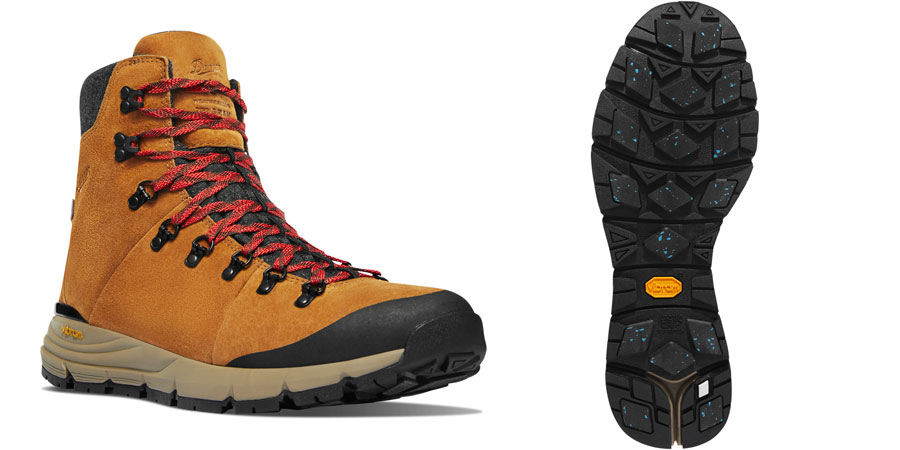 Get A Grip. What looks good, comfortable and can also stop you slipping over on ice and snow? The Danner Arctic 600 boot as road-tested by our Tech Editor

The Danner Arctic 600 might well be the Holy Grail of boots. After many a boot and many a fall over the years in ski resorts, I think I've finally a boot that works* in icy conditions

This time last season (2019) I was off games with a broken floating rib, which was really painful, and took a good six months to completely heal.

It was New Year's day in the early afternoon walking the dogs and one minute I was on two feet the next evidently I was horizontal in the air, cartoon style with my feet still trying to find some traction, then after a couple of milliseconds suspended, I came crashing back down to earth.

I was not the only, reasonably experienced mountain person to come to grief in those icy conditions, I know of one ESF instructor who broke his achilles and one UIAGM guide who was found unconscious just outside his home in La Grave having slipped over and bashed his head.

The irony is that maybe only a few hours before we had been skiing in what some may refer to as extreme conditions, yet a simple slip can mean you ending up in the hospital and subsequent plaster.

Again as I document this we are under the influence of high pressure, the cloudless sunny skies during the day seeing the radiant heat melting the snow, and then, soon after 18:00, all that meltwater turns to vicious black ice, so even the simple task of taking the rubbish to the poubelle is more dangerous than skiing a steep line in the trees!

Living in the mountains your boots are one of the most important items of gear and are probably the only non-skiing footwear that you'll wear until maybe spring, even more so when walking the dogs and into the village most days for supplies.

Over the years I've had many boots, from the early 80's seeking out brands such as Wolverines and then Timberlands all great in fresh snow, but come the dreaded high pressure and black ice they were more likely to march you to the A&E department.

The only real guarantee for walking in the aforesaid conditions are a set of ice grips but they come with a huge faff factor as well as a bit of a Billy Punter flag flying over you, in short, ice grips of any type are simply not cool!

I was in Val Thorens for the opening weekend of the season, out with some people who were merrily walking around the streets without any cause for concern given the wet snow conditions. Then I clocked that they were wearing the Danner Arctic 600 boots, so as soon as I returned to Style Altitude HQ I Googled them and discovered that as well as being a damn fine winter boot, warn and comfortable they also had a Vibram® Arctic Grip sole. This is what really caught my attention, a sole designed for icy conditions, that is a very big claim indeed!

My wife actually managed to get hers a good while before mine and there was one specific evening when a few people had come to grief on the black ice and even after a good night (and a glass or two of wine) in the restaurant, on the walk back she was rock solid.

So fast forward since then and I'm now the proud owner of Danner Arctic 600 boots and almost evangelical about them. Apart from being as comfortable as your favourite trainer, warm and waterproof, extremley good-looking and well made, even my fashionista daughter loved them but I think that has more to do with her recognising them as the brand that Reese Witherspoon (below) wore in the movie 'Wild'. 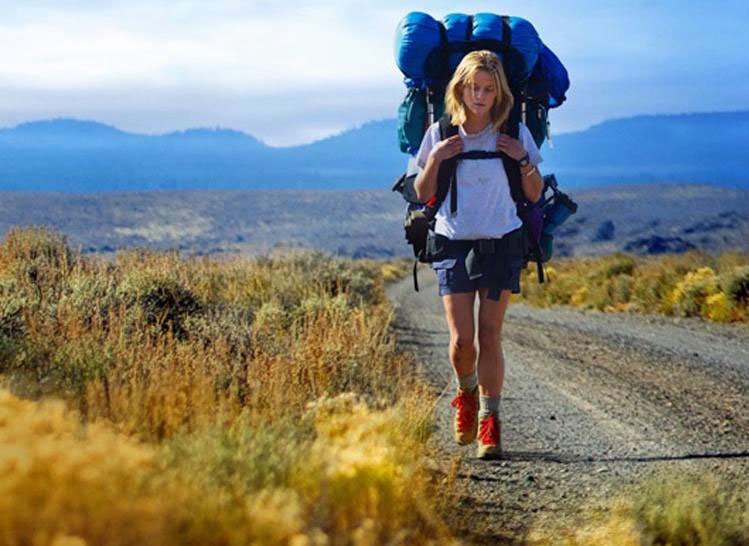 But do the Danner Arctic 600 really work on the ice?

The answer to that has to be an emphatic yes, though here I do have to throw in various caveats to legally protect us in much the same way if you go to the Vibram® Arctic Grip site.

*WARNING
This product will not prevent slipping on cold, slick, wet, icy, or snowy surfaces. Always tread with care. This product does not replace use of crampons or spikes. This product is not intended for use on, and may harm, indoor surfaces.

And while walking recently in the icy conditions, I have to admit to the occasional micro-slip, but then confidence (not always a good thing) does inspire you to maybe forget that you could go base over apex at any moment.

Most days and evenings we have to navigate this track (below) with varying degrees of frozen water, snow melt and black ice. 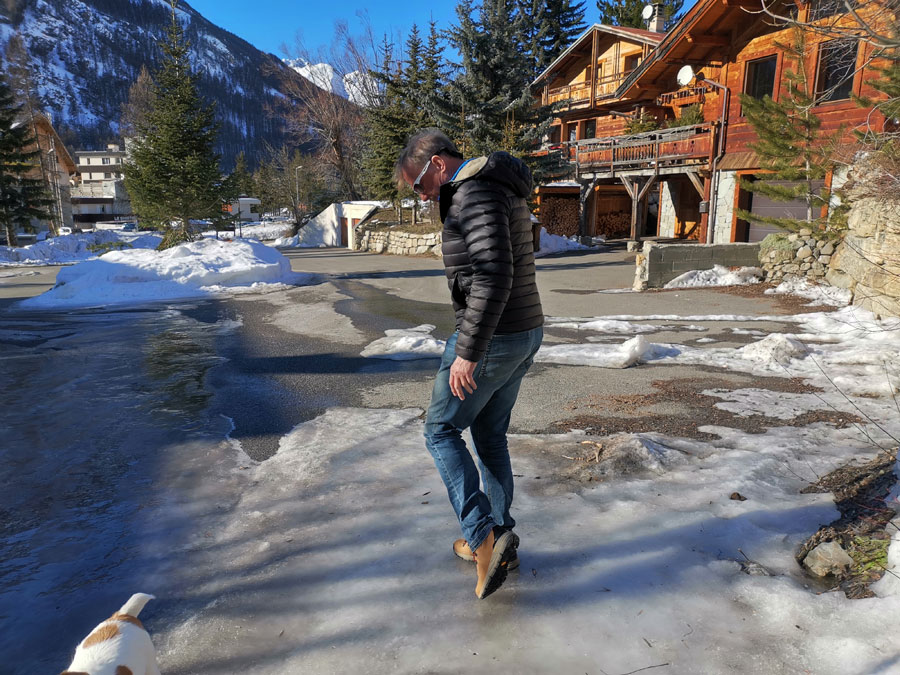 And below is a little video of me attempting to slide on the ice in the boots.

So since I've had them we've had no substantial falls of fresh snow, when we do get 30cms+ then I usually don the Sorels to dig my van out, think next time I'll just put some gaiters on and use the Daner's.

Horrible phrase time, but at the end of the day........I simply think that they maybe are one of the best items of gear you can have in the mountains!