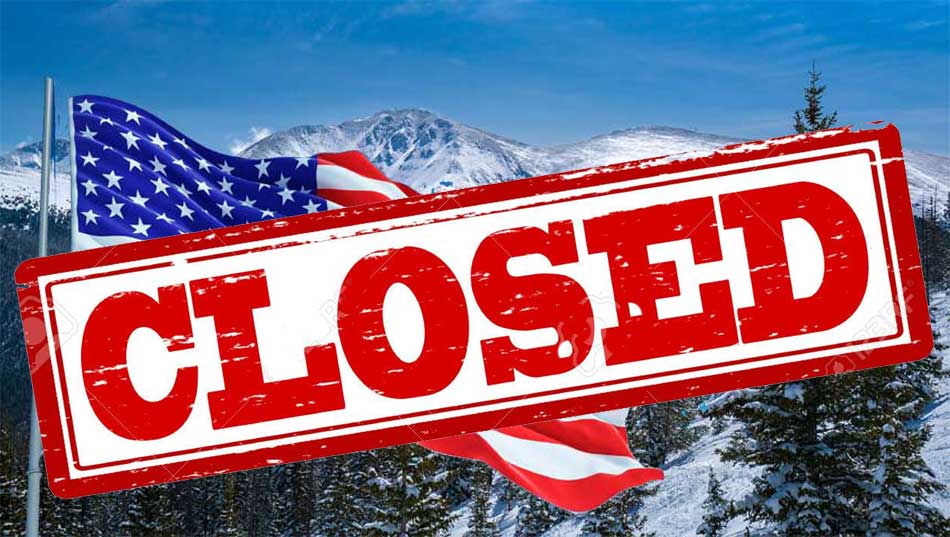 PORCH PARTIES ARE THE NEW APRES

While it's Groundhog day here in Serre Che with lockdown just extended to 15th April, check out the latest from North America, where there's still ski touring and porch parties are the new apres...

So my last post was written on Friday, 20th March when I resolved to weather some of the coronavirus crisis by taking up cross-country skiing and snowshoeing - once I had restocked the fridge.

The shopping trip went ahead with nothing unusual to report apart from hoarder-purged shelves and distancing customers who appeared to be humming ‘Don’t Stand So Close To Me’ under their breath. However, the Nordic Centre shut down before I even got the chance to rent gear. The rest of the resort’s restaurants and cafés all closed, too, that Saturday.

Next day it was announced that one of our Sun Peaks’ doctors had tested positive for the virus, swiftly followed by a long-term resident who had been working in hospitality. And, by Monday, even the kids’ outdoor play park was taped up like the scene of a crime.

During my lonely ramble around deserted village trails and Nordic tracks (some of which are being maintained), I could no longer hear the cheerful chirping of children playing in the snow. On the one designated uphill slope, I could see just two people hefting skis in search of that fleeting fix of freedom. We’re lucky though; many Colorado resorts including Loveland and Winter Park are curtailing uphill due to overcrowding. And there’s no uphill at Arapahoe Basin, Breckenridge, Keystone and Copper Mountain. On the other hand, Powder Mountain in Utah has just re-opened for skinning and hiking.

Porchtraits is a new trend in Canada

Locals in Sun Peaks are helping with food, setting up impromptu soup donations via community Facebook networks, distributing restaurant leftovers, and joining the Rotary Club Food Drive. Also, just launched is the SPCommunityHelps group, whose goal is to raise $50,000 for people in need in the Sun Peaks area.

Porchtraits is a new trend in Canada that I noticed on my daily Twitter trawling (#porchraits). Photographers are taking portraits of people outside their homes posing on porches, standing on their heads by garage doors, posturing on front lawns, peeking out of half-closed front doors – many sporting outrageous outfits. Porch parties are another novelty: neighbours sitting outside for synchronized drinking at a safe distance.

Pleas to cityslickers to stop visiting

Just like the UK, people around Canada who were ignoring social distancing and self-isolating recommendations have been reprimanded in the media and by local authorities for descending en masse to beauty spots in the mountains and along coasts. Mountain towns, such as Canmore in Alberta where I’m hopefully headed soon, put out pleas to cityslickers to stop visiting. Taunting travel ads on the TV are now, thankfully, repositioning. Ethically-appropriate messages such as Hotel.com's 'Just Stay Home' are more relevant today.

Costco is advertising for staff, Amazon too, supermarket delivery services are booked up for weeks ahead. Ride sharing, which had gained huge momentum in recent years, is becoming almost impossible to find – a problem for us without a car. We plan to move out of our rental apartment soon and relocate to our own place in Canmore where our winter tenants are about to vacate. We’re relying on being able to rent a car in the valley but we need to get a lift down there to pick up the rental car. Hubby Simon is busy researching shuttles as I type.

Nostalgia is part of the new normal

Snowsports Industries America is helping out the ski industry with a site devoted to information and new initiatives: https://snowsports.org/covidhub/. The World Pro Ski Tour went virtual, announcing a live facebook opportunity to hear from Ted Ligety, Tour CEO, in order to crown the 2020 Tour Champ, Tito's Rookie of the Year, and check in with the athletes who worked so hard this truncated season. Nostalgia is part of the new normal. Resorts like Whitewater in Canada are encouraging locals to relive the sensational part of the season by scouring their photos and vids to submit to end-of-season competitions.

With so many restrictions on recreation, exercise is going online. The YMCA has a range of free videos including yoga, ballet barre, bootcamp, weightlifting and Tai Chi. With the abrupt end to winter, and thoughts transitioning to spring, home training for road and mountain bikers is also popular with programmes like Zwift – which has had 1.8million accounts set up since the 2014 launch - gaining traction.

Leftover food has been donated to laid-off employees

Many resorts around North America are initiating charitable programmes. Some kept their staff on for continued payroll for a week or more to ease the pain of early closures. In Utah, for example, Snowbird is paying its staff until today, 27th March. Alta is providing transitional pay to seasonaires and honouring their health insurance until the normal end of season date. Sundance – owned by Robert Redford – is financially assisting part-time, seasonal and fulltime staff. Deer Valley gave seasonal staff an extra week’s salary; waived rent for employee housing for those stranded there; and is providing two free meals per day until they can return home. 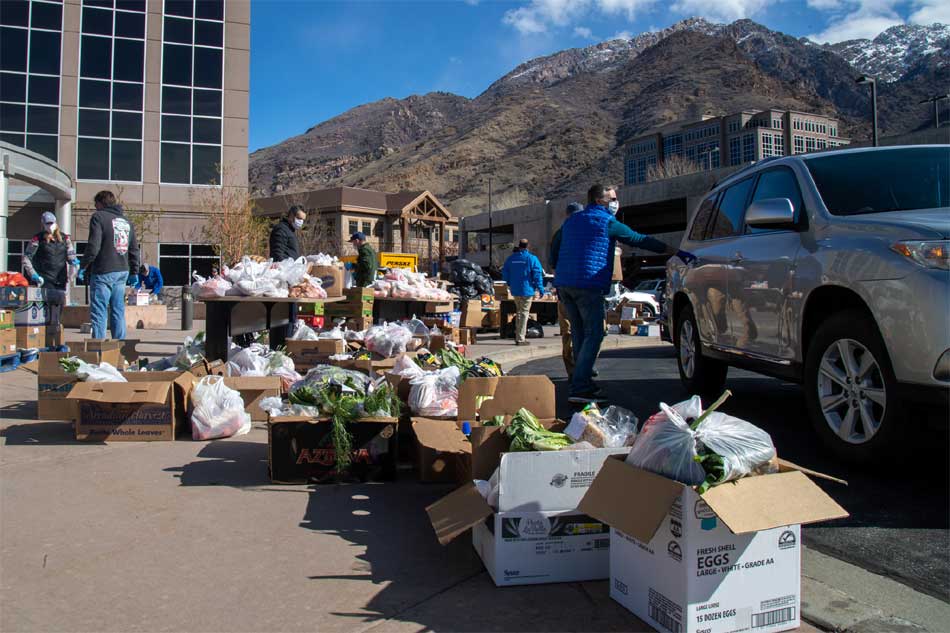 Leftover food has been donated to laid-off employees. Snowbird (above) gave out 10,000 pounds of food last Saturday, for example. Park City has donated 127 cases of food so far to the local Christian Centre and not just the run-of-the-mill cans and pasta: think smoked salmon, mussels, and roast beef.

Healthcare is going virtual in many resorts. Through the Epic Wellness programme, Park City’s mental health providers are now on virtual platforms, providing treatment via video. And free mental health care is being extended to employees, their dependents and roommates for at least three months after their separation. Through the EpicPromise Employee Foundation, Park City is currently accepting grant applications for emergency relief to support employees.

As Ski Utah’s Anelise Bergin says: “The support from our ski resorts is a true testament to the ski industry in Utah - we are one big family here that shares a mutual love for our mountains, an unwavering respect for each other's ski resorts, and an immeasurable amount of appreciation for our employees that keep our industry alive. Every single one of us is already counting down the days until we are back on a chairlift again.”