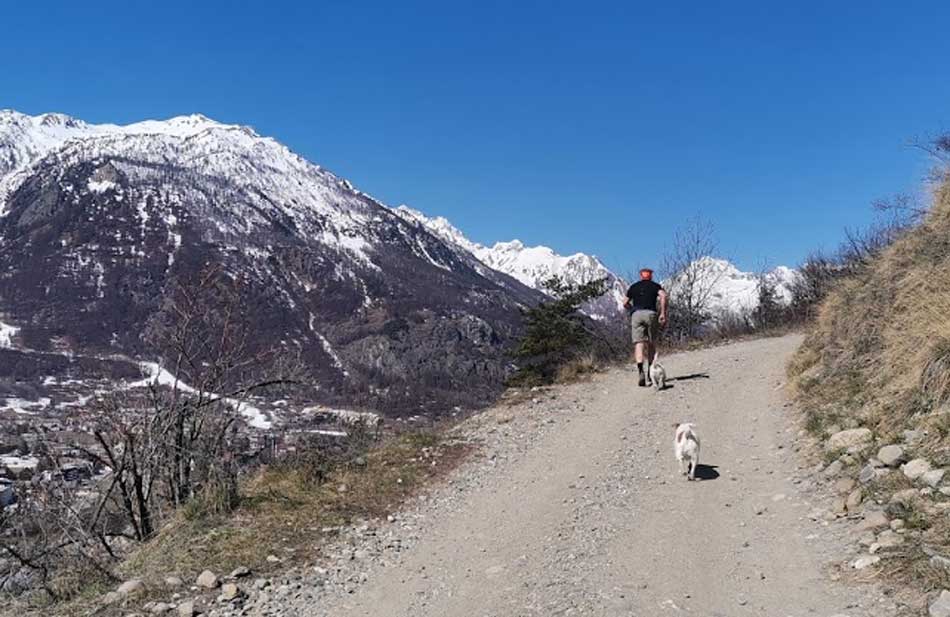 The Humans continue to worry us. They've become obsessed with exercise. What used to be a fun walk everyday has turned into boot camp, which might not be such a bad thing for Mamma Kiki...

Mamma Kiki is worried. She's heard that there's a thing called coronavirus that's easy to catch and you can die. She's says her tennis ball is easy to catch, so maybe we shouldn't play with it and the Humans for a while.

But I've heard that cats can catch coronavirus, too, and we all know that they're butter claws when it comes to tennis balls so maybe this coronavirus is more of a mouse-like thing. There is a little French family of mouse-like things in our storage box outside, who have been hunkering down all winter, eating bird seed and nesting in His old hiking boot. I wouldn't want to catch them.

The Humans continue to worry us. They're becoming even more obsessed with exercise. What used to be a fun walk everyday has turned into boot camp uphill running, which apparently is military-style training and not what the French coronavirus mice are doing in the storage box.

Mamma Kiki could do with losing a kilo so maybe it's not such a bad thing. She says that maybe we should start hoarding food in case the Humans get even more weird and it becomes a man eat man situation and we dogs have to survive by ourselves. Now we may think of ourselves as hunters but actually we'd never catch a deer (too fast), a boar (too fierce) or even a squirrel (too hard to follow up a tree), so we're more gatherers as in cheese and socks, in Mamma's case, but you don't find many of those in the woods.

Now He is running as well as Her so it's a race uphill and we have no time to sniff for scents.. Yesterday, He suddenly stopped while going up the track and leaned against the bank. I thought he might be having a heart attack and was prepared to do mouth to mouth (although he does have man breath) but apparently he was just 'stretching'. 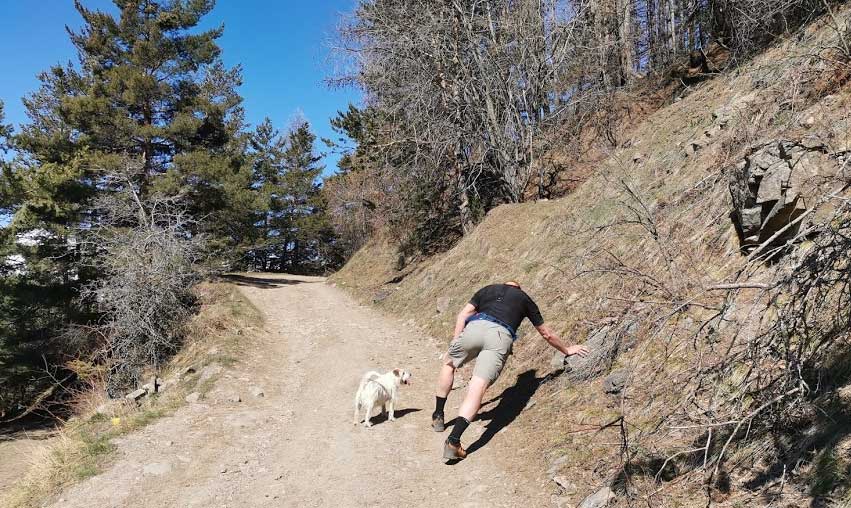 When we return to the apartment, He sits on his bike going nowhere in the garage while she gets a mat out and starts twisting into awkward shapes. I immediately take over for my version of downward dog, which is lying on the mat surveying my kingdom of Serre Chevalier (below).

They're saying this lockdown could last three months, which might seem a long time to you but for us dogs that's nearly two years of our lives. Of course, the restrictions of one hour's exercise and one kilometre from home is only for the Humans. On Friday night, Mamma Kiki and I have plans to go out for the evening telling the Humans 'we'll be back soon' and leaving them with a biscuit and the radio on for company... 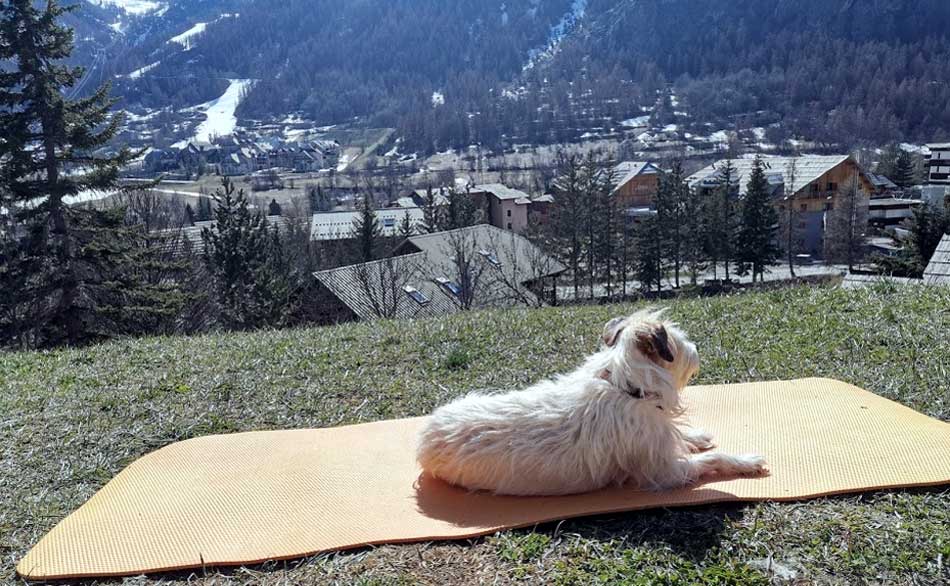