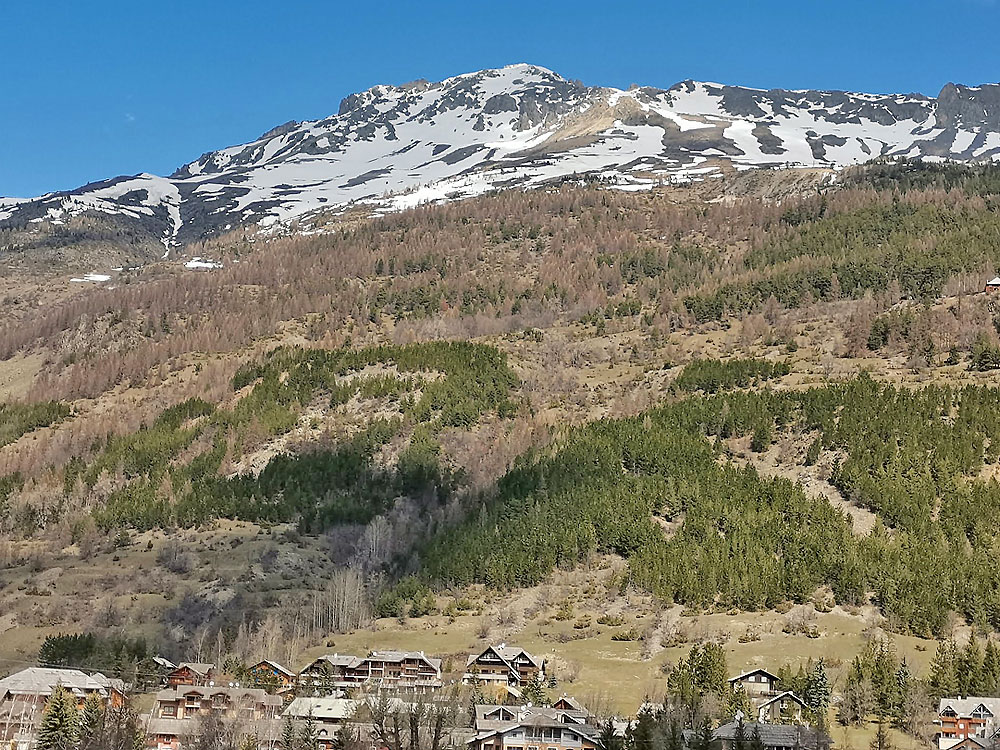 GOING BACK IN TIME

The last two weeks of restrictions in France have seen us exploring the trails in our backyard in far more depth. In fact, we've been going back over some 70 years of mapping to plan new routes...

As we're restricted here in France as to how far and for how long we can go out for, the last two weeks have seen us exploring our backyard as we've never done before.

In part, this is because we can disappear from the eyes of officialdom as we hike up into the forest, and what indeed are the chances of us being seen anyway? that said, we're not going out for three to four hours which is what we might usually do if hiking in the Summer or ski touring in the spring, plus we're staying away from the more obvious routes that we normally do such as up towards the Col de Granon.

Our backyard that we refer to is the south facing slope above Style Altitude HQ.

Over the centuries the lower altitudes, where at all possibl,e were turned into terraces. Among the terraces are the farmhouses where locals moved up to in the summer months from the valley along with their cattle and sheep.

Some of these farmhouses are now inhabited by people self-isolating while others have fallen into ruin, and some are awaiting the shepherds who will work with the huge flocks of sheep that come up to pasture in the summer months.

What I've been intrigued about is the network of paths and tracks that are not on modern maps. But on these modern maps, there are still the names of some of the farms and hamlets.

I then remembered that in the past when I've been looking at the equivalent of the French Ordnance Survey mapping (GeoPortal) that you can view your area via a series of maps over the years. These have shown many of those paths and buildings as they once were 70 or so years ago when people were having to work the land far more than they now do.

So this is our backyard. Style Altitude HQ is centre-right of the image with the field to the right of us which is where the boar and deer come down from the forest above.

And our area on a modern map (lower right) 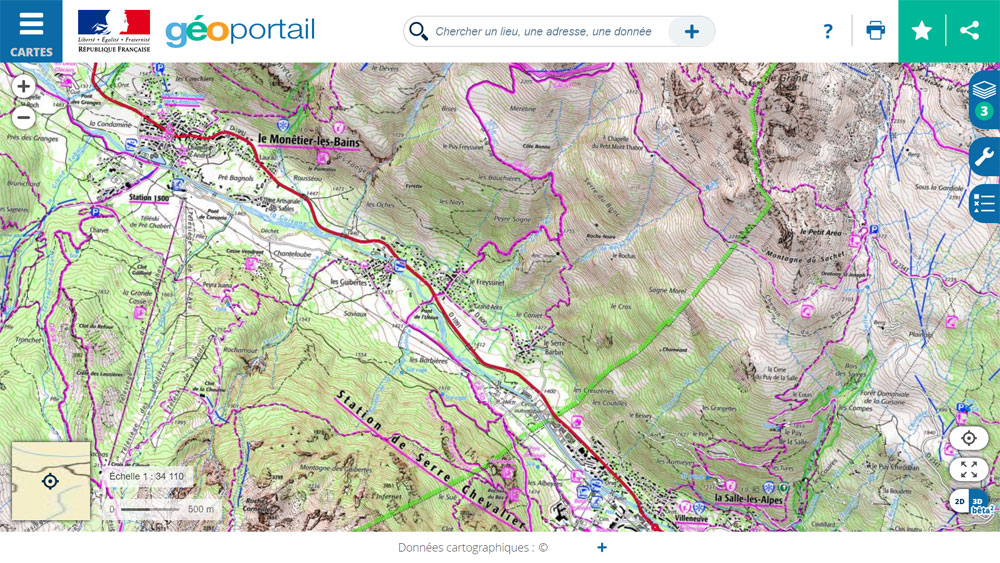 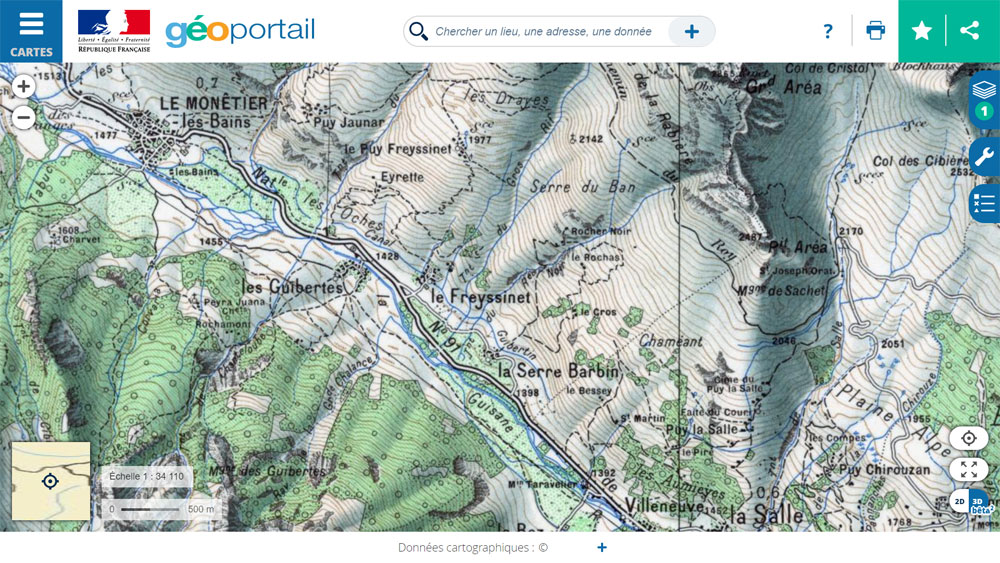 The aerial maps are just as interesting and as the terraces and farming on the slopes ceased so the forest in some places took over, this is from 1950-65 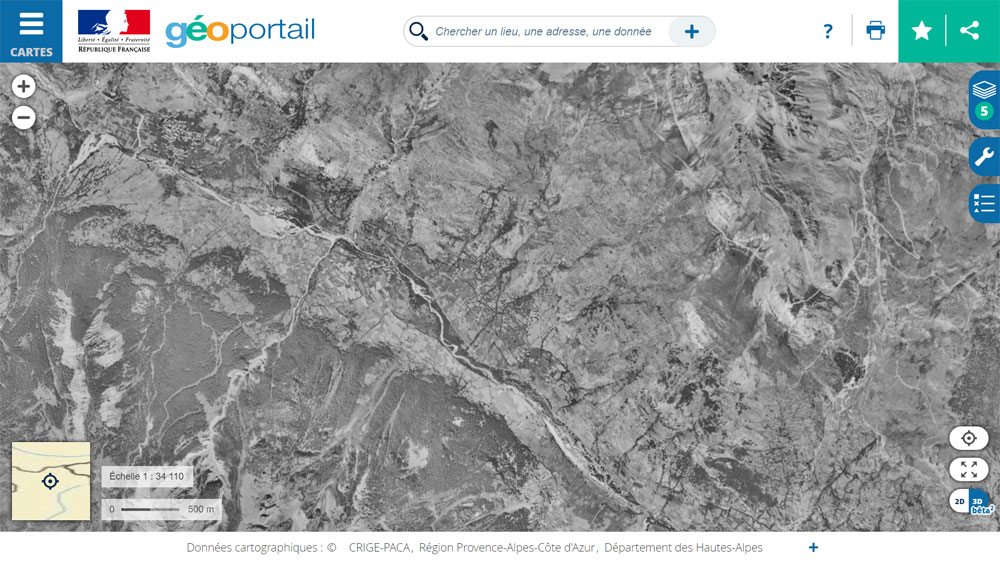 And more or less present day 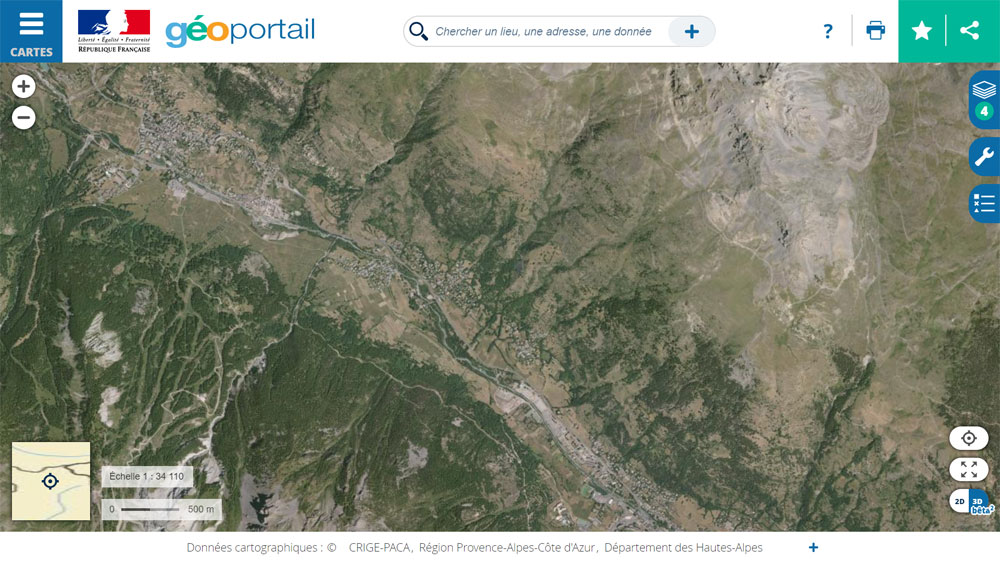 A couple of days ago we tried to follow an old 'sentier' which even had a couple of very old signs nailed to a tree, but it quickly disappeared under years of undergrowth. 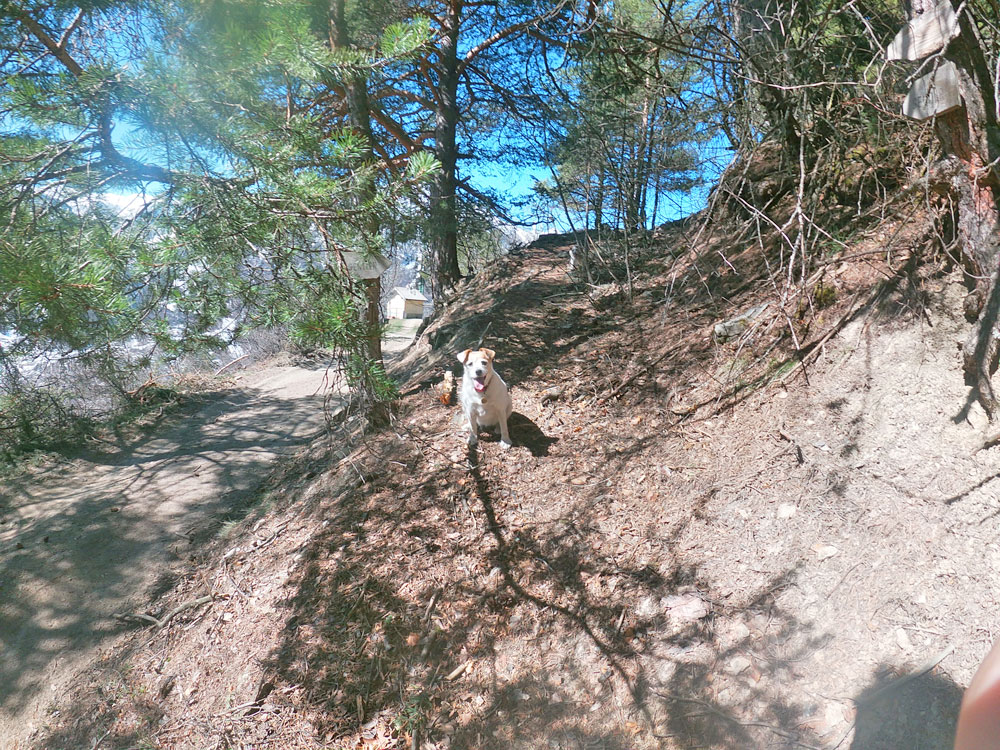 Undaunted we followed our noses and the map and reached what was once the small hamlet of Les Grangettes at 1,760m. 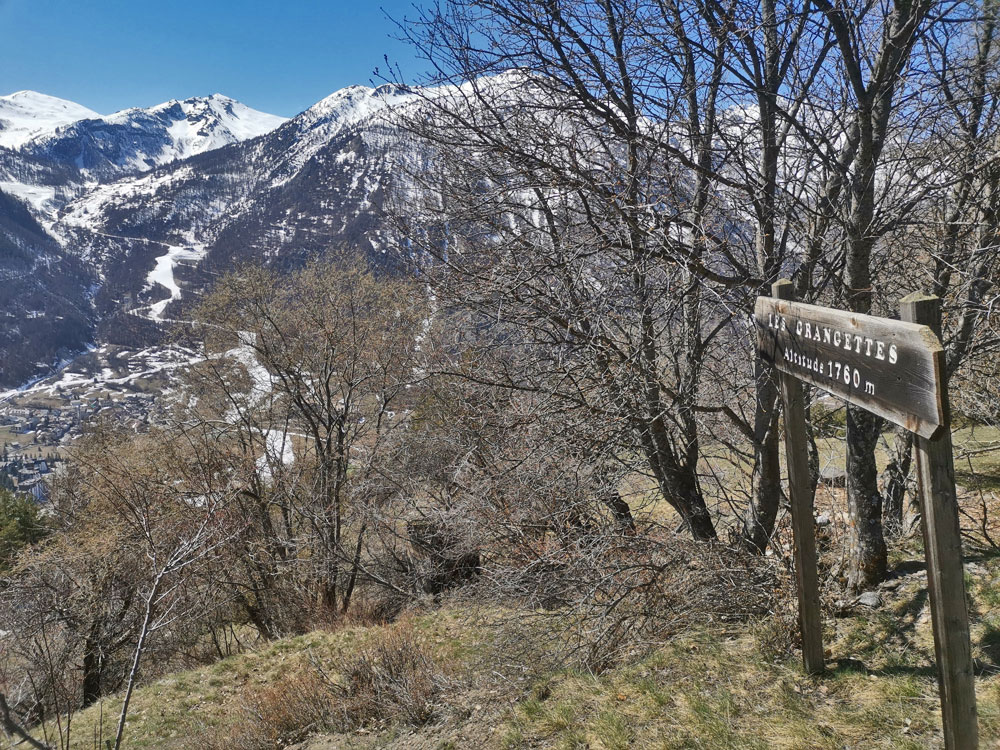 I am somewhat fixated by what was once a farm immediately above us, Chaméant, and have been trying to work out the best route via the terraces, trying to avoid the forest. So watch this space!