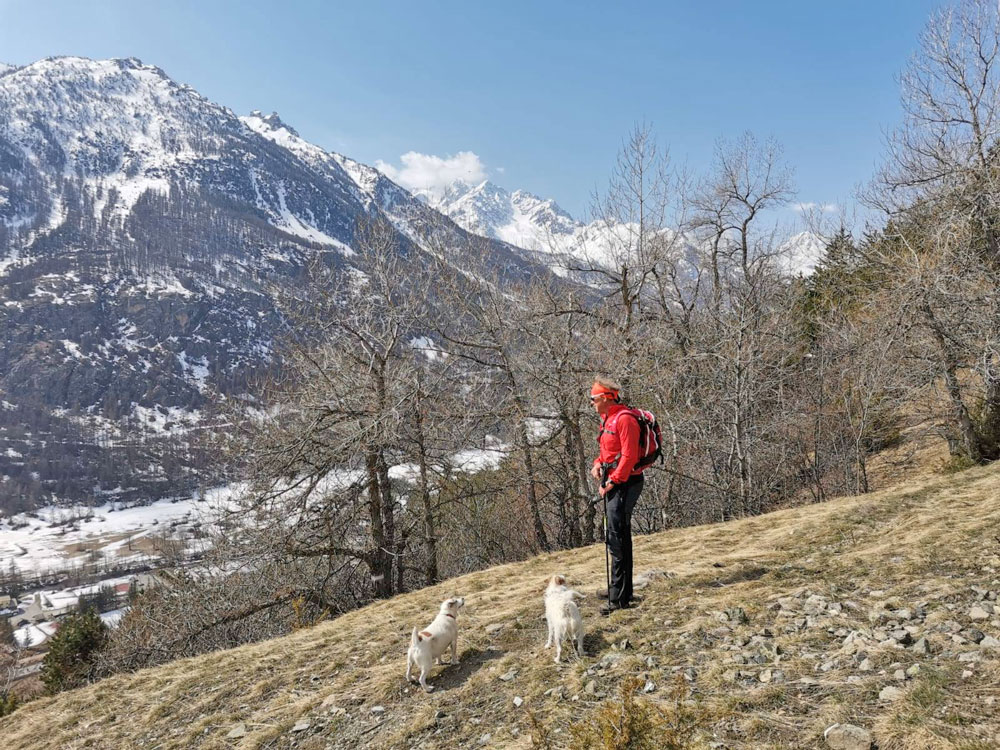 Now could this be construed as a mountain activity?

As we live at 1,400m in the mountains anything we do could in effect be breaking the current lockdown rules set by the PGHM

In the last 36hrs, we've been very confused as to what is allowed and what is not and what might happen in the near future?

Yesterday there were more rumours flying around that Macron would announce that we'd be in a more severe lockdown and that people had only 48hrs to go to the address where they will have to stay for the next 45 or more days!

It is still unclear whether cycling is now banned. It's not a government directive but seems to have been recommended by the French Cycling Federation, also that exercise is now limited to 2km max from your domicile.

So with that in mind, we walked from our apartment across the field just as a couple of deer ran into the forest. Luckily the dogs (Rando Chiens) did not see them, but later they picked up numerous scents as we walked up the hill, which at times is very steep and not at all couch potato friendly.

So the big question is whether we were partaking in a banned activity or merely going for a walk?

We did not venture more than 2km from home #RestezChezVous, there were only a couple of tiny patches of snow we had to walk across on the south-facing slopes and it was, for us, at least very gentle, but still felt as if both us and the dogs had been exercised.

In fact, the dogs loved it chasing around, though for us it was quite stressful at times as they disappeared following a scent, and we were worried that Beanie would blindly end up going off a cliff as she did the day before.

This time the only issue Beanie had was finding a bog. 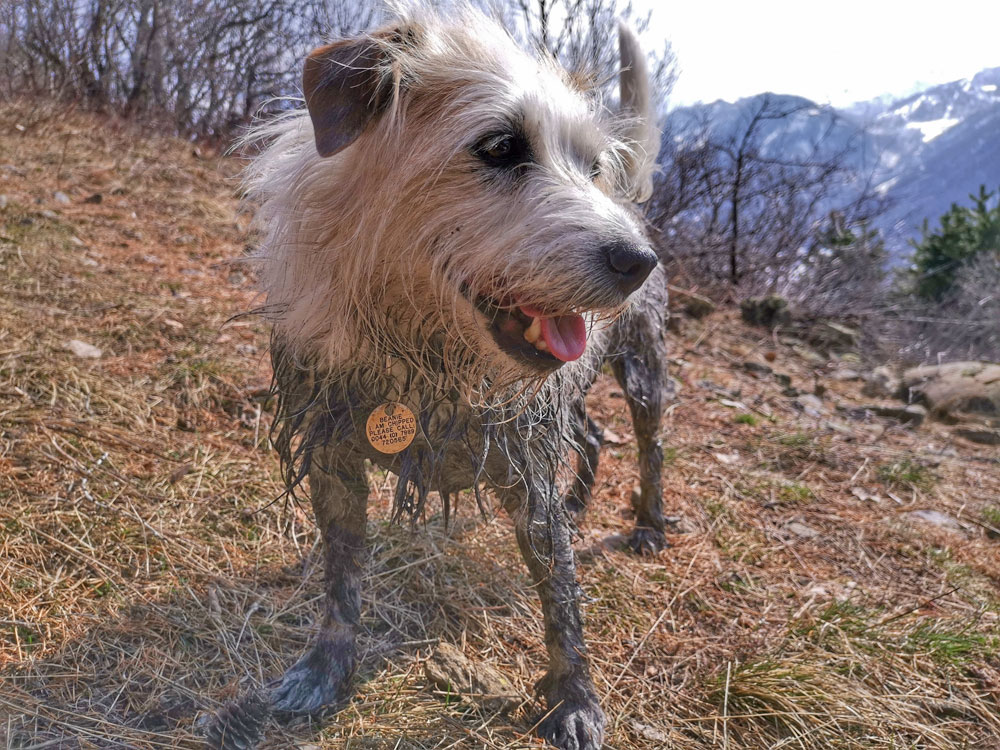 The stats of the walk were 5km over the course of 2hrs.

And yesterday being a Friday, we did continue our tradition of Friday night drinks with friends, but because of the containment, we were only limited to eight people, which, in fact, was more to do with the limitations of WhatsApp!