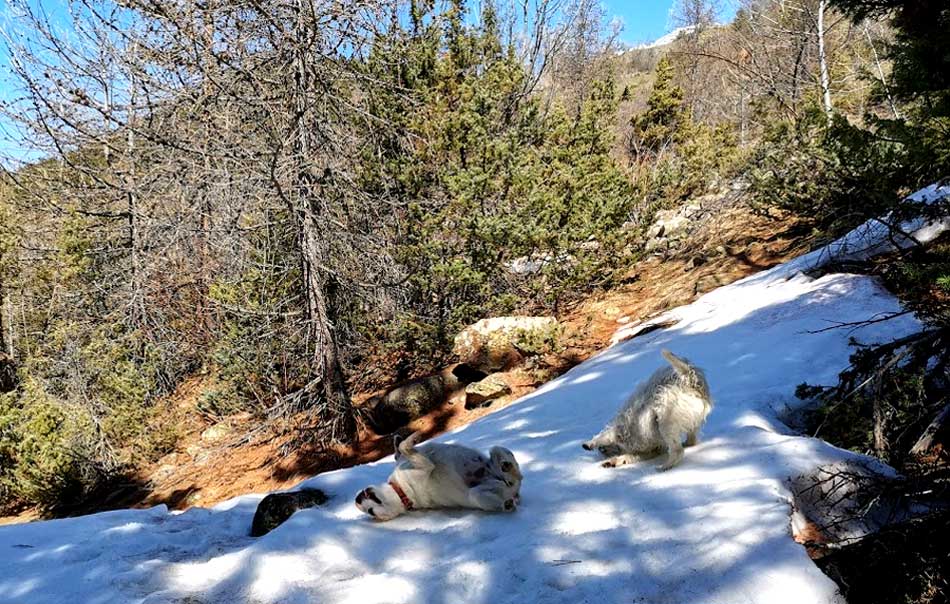 WHEN LIFE BECOMES A BOAR

From today there is a stricter lockdown in France reducing the distance and time for going out in the fresh mountain air. The Rando Chiens, meanwhile, are oblivious and go on a wild boar chase...

Officially from today, Tuesday, we are restricted to one hour's exercise at a distance of 1km from home. The permit we have to carry apparently now has to have the time of leaving home recorded. It seems, though, that we could go out hiking or jogging for 1km for one hour many times throughout the day for as long as our legs - and the printing ink - last.

How do we tell the Rando Chiens (our two Jack Russells) that they can only go 1km from home? Yesterday, our hike up the hill took us through the woods where the Randos suddenly became exceedingly excited running off through the trees. With a huge crash of undergrowth, a very big wild boar came into view, before disappearing at an impressive speed considering its large size and short legs.

The Randos were deaf to our calls and whistles as they gave chase and disappeared over rocks and through bushes, squeaking with delight into the distance. Then quiet.

As time moved on I became more and more fearful

We whistled and whistled but were greeted by more silence. I tried not to let images of the Jacks falling into gullies or, worse, being attacked by the boar, fill my head but as time moved on I became more and more fearful. Gav, by this stage, had taken a high line to try and view them from above the woods.

It was a very very long 15 minutes until I heard the faintest sound of panting. It got louder and louder until Beanie popped out through the bushes, flopping down at my feet, her sides heaving with exertion. I almost cried with relief. But where was Kiki? She's older (10 years) and plumper (10kg) than her daughter Beanie so how would she have survived such a hunt? Three minutes later, Mamma Kiki appeared over the rocks, her tongue almost lolling down to her knees.

Did the boar turn and chase them?

How far had they gone? Almost definitely more than 1km. Did the boar turn and chase them? We'll never know. After a thorough cooling roll on a patch of snow, lapping water from a stream and a couple of slices of pate en croute, they were ready for another hour's walk.

Do I hear you muttering we should keep them on leads? This has happened many times before when they've chased scents, squirrels, marmot whistles whatever and their object is not to catch anything (Jacks were originally bred to flush foxes out of holes) so the only harm is to our stress levels waiting for their return. Which they always do so, note, no animals were harmed in the making of this blog... 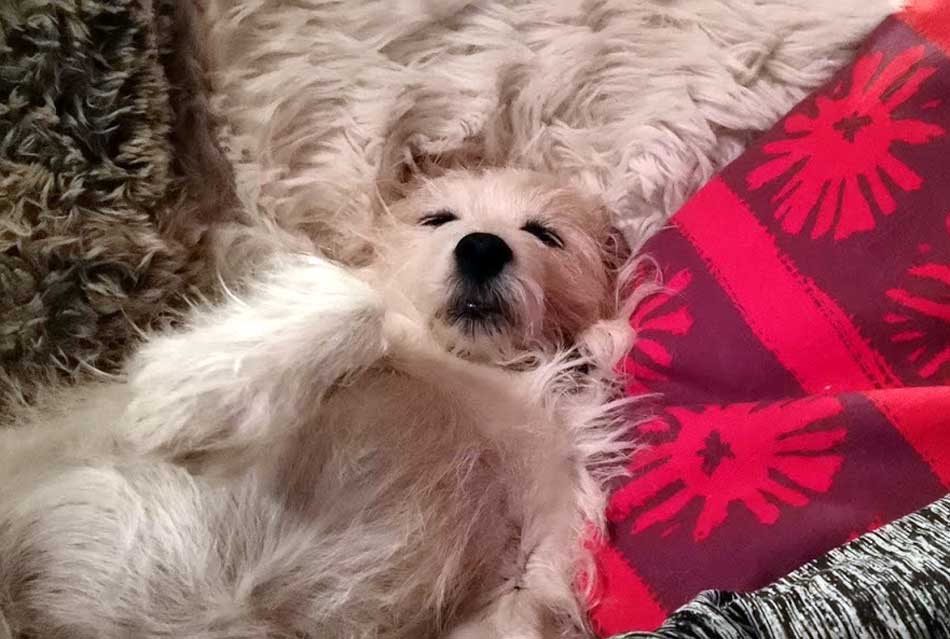