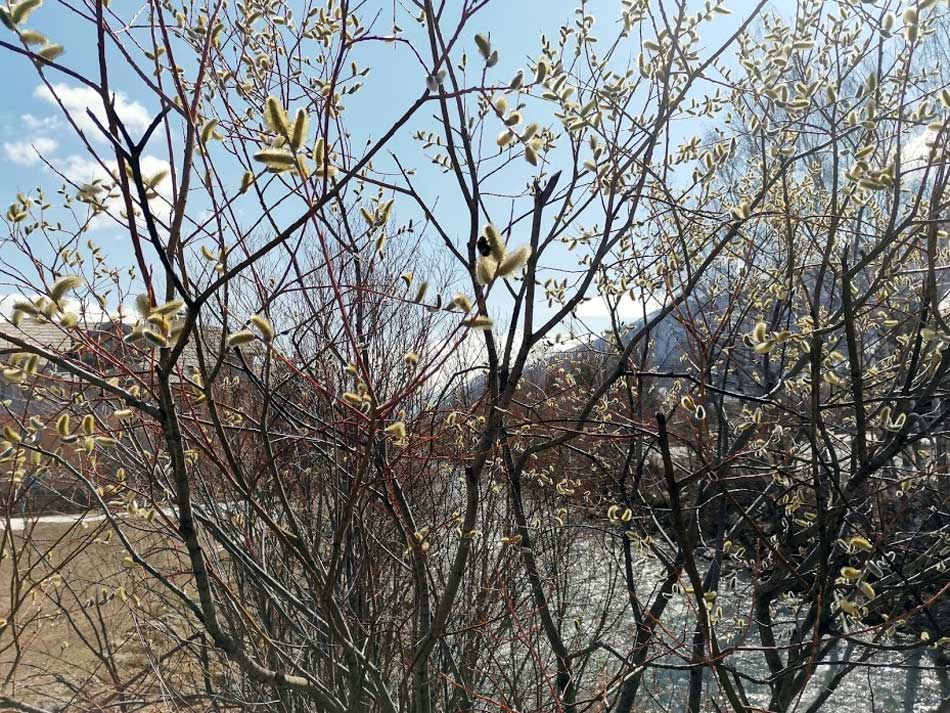 While noticing the silence of the roads, the lack of planes in the sky and the bees in the blossom, it's as if the planet is taking a long, deep breath of fresh air while humanity is on forced lockdown...

Although colder (0C at 11am), the snow is slowing receding so we despair of doing any more ski touring, this season, even if the ban is lifted in mid-April. But the signs of spring with daffodils, blossoms, bees and migrating birds returning are heart-lifting.

We're getting used to the eery silence of the road and a sky without the vapor trails from planes high over the mountains. The silver lining, of course, to global shutdown from the lung-infecting coronavirus is that the planet can take a breath of clean air.

Emissions from China have dropped by 25 percent

It’s been estimated by Carbon Brief that CO2 emissions from China have dropped by 25 percent since the coronavirus outbreak began early this year. Also, according to Weather Underground, levels of nitrogen dioxide, a pollutant that can lead to harmful ground-level ozone, plummeted in the Wuhan area of east-central China after the highly industrialised region was put under lockdown.

Similar drop-offs were detected over northern Italy with the current severe restrictions on commerce and mobility. In Venice, the water in the canals has transformed, clearer than anyone can remember thanks to the forced absence of waterway traffic and reduction in air pollution. Meanwhile, some US cities are seeing big reductions in NO2, this month, and we've yet to learn what India's lockdown of manufacturing and transport will do to the atmosphere.

Another positive effect of the shutdown

But, although when industry returns to normal so will industrial pollution levels, environmental activists are hoping that the coronavirus effect will significantly have changed people’s work and, therefore, travel habits leading to a reduction in carbon footprinting.

Also, another positive effect of the shutdown is a reduction in the amount of pollution blowing towards the Arctic. Deposited on ice and snow, the pollution has been recorded as darkening the frozen surface, increasing its ability to absorb sunlight and potentially increasing the melt-off in spring.

If ever there was a time to encourage ski touring it's now, creating a ski or splitboard footprint on the mountains rather than a carbon one. The newly opened Bluebird Backcountry in Colorado has no lifts, surely a blueprint (or greenprint!) for skiing in the future. 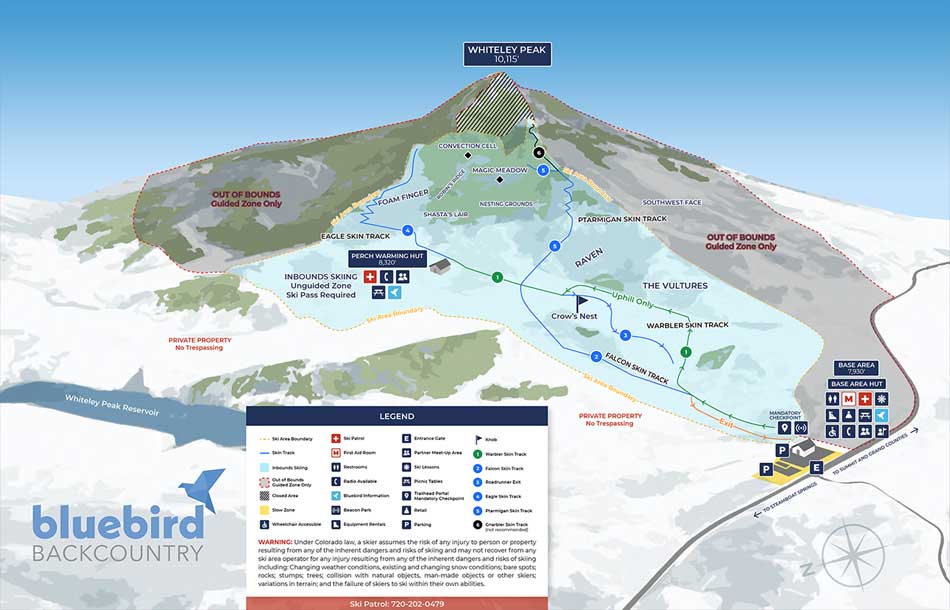