Last week of Summer so Granon twice and a Galibier 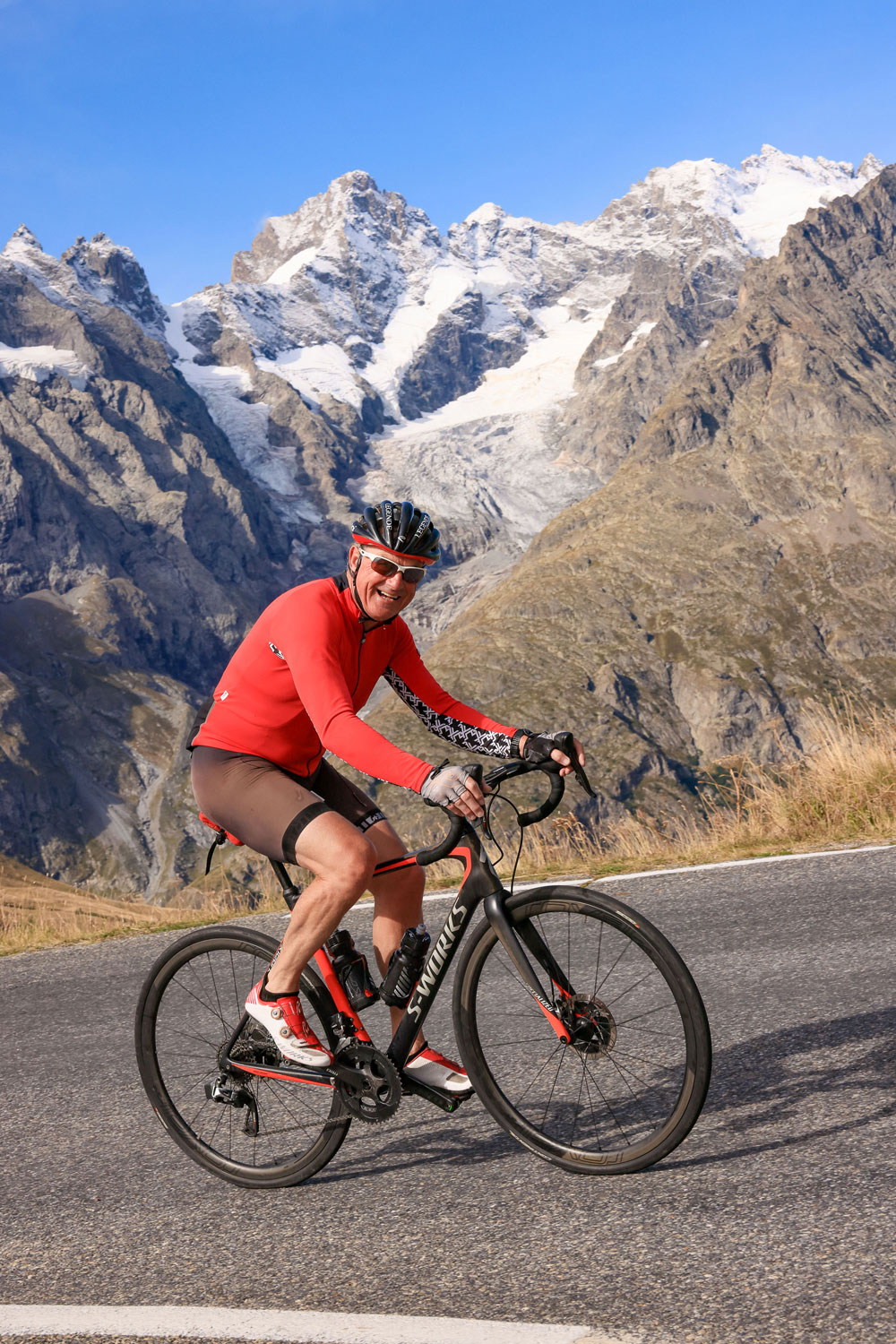 We had the tunnel booked for Monday 1st August, so went to the vet on the Saturday prior to get the dogs checked for their "retour" back to England.

The vet then announced that Ullr's rabies vaccination was out of date; as what we didn't know was that a pup's first jab is only valid for a year and not the more normal three, so we could not travel as planned and would have to wait the statutory three weeks from the jab given to him there and then.

Fortunately, we did not have anything too major scheduled back in the UK as well as not least having our own apartment here in Serre Chevalier, so we were able to cope with having to stay an extra three weeks :)

One of the main reasons for returning back to the UK beginning of August is that here it gets bonkers busy as the aoûtiens descend en masse. And there is nothing more frustrating than cycling up a mountain only to be stuck behind a campervan doing 30kph on the descent.

Staying on meant that I could partake in either the Défi du Granon or the Défi du Galibier, both are races, with the Galibier being for cyclists on Sunday 14th or the Granon on the 15th for either runners or cyclists and that weekend is one of the busiest of the year with National Holidays in both France and Italy.

I'd opted to run the Défi du Granon which was just as well as the Galibier was cancelled due to foul weather.

We've already run up and down the Granon this year, and I just fancied running it again, but this time with the luxury of a bus to take you back down.

Prior to that we had done a tough long run up along the valley to the Lautaret where I had left the van the day before and cycled back and a few other trail runs, but not really enough specific running training to warrant entering the Défi, so I was relying on my fitness acquired from the cycling and what running I had done, so I was in not too bad a shape with the usual suspects of Achilles, calves and knees behaving themselves, together with a few yoga and stretching sessions in the mix as well.

As usual at the start, I seemed to be by far the heaviest framed runner compared to the 50-60kg Mountain goats that surrounded me, and by 7km I was pretty well on my own with only a handful behind me. 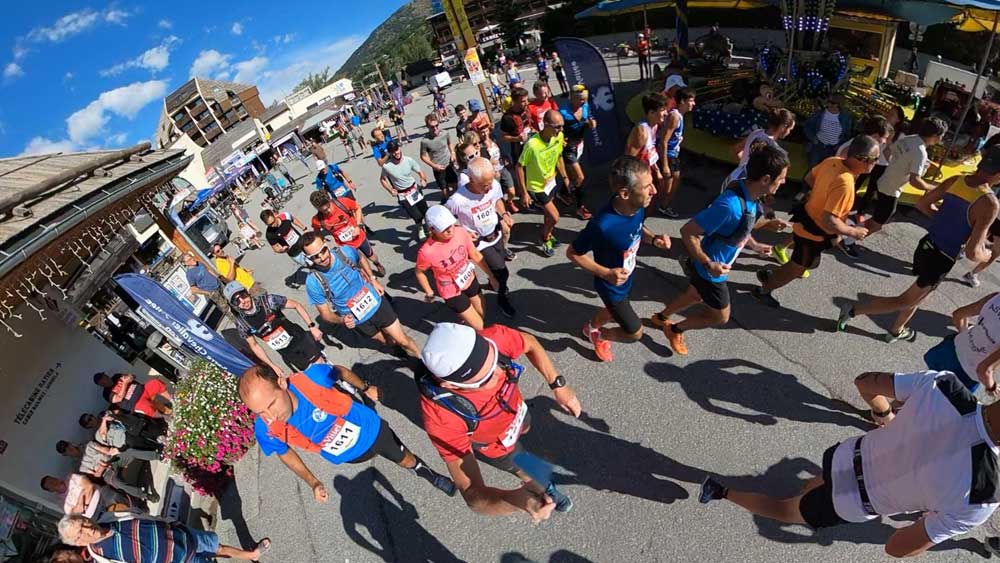 We (the runners) started 30mins before the much larger field of cyclists and the guys at the front were racing hard as they came past me. 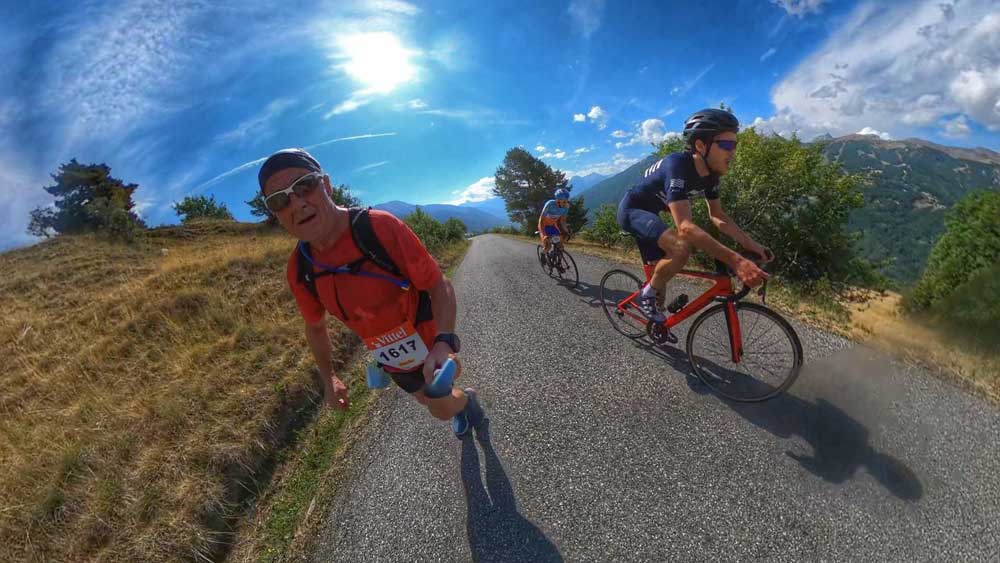 Below is side by side comparison of runners and cyclists' times on the main climb, and these are only those who were recorded on Strava, the actual published results had the fastest runner at 54:49 only 14mins slower than the top cyclist! 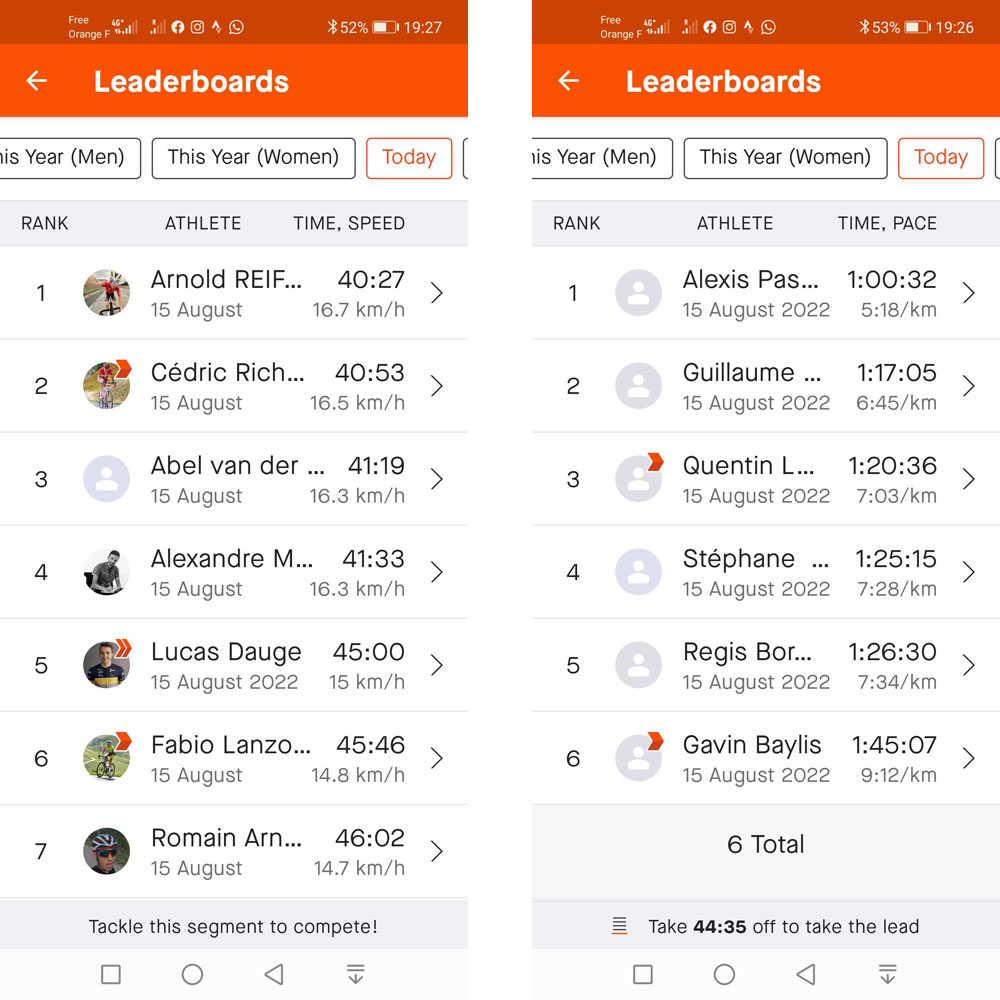 I ended up sixth from last.

After an easy run with Ullr and my daughter the following day, Wednesday was the Granon again but this time on 2 wheels as it was the Cols réservés, where the road is closed to traffic from 09:00 to Noon.

I rode it with a mate's 38year old son and he was riding a Decathlon Triban RC 120 (review here ) €500 bike that his dad had bought as a spare and to use on the turbo-trainer in the winter.

For sure it weighed a lot, but for the money, you can't complain, and Simon said it was very comfortable to ride as he let loose on the final 4km dropping me, though I did manage to do a better time than him on the final 300m sprint, and of course, on the descent.

My descent time would have been a PB except that there were so many other bikes coming up so I had to thread my way through at speed. And there definitely does seem to be a correlation between people of a certain gender riding an e-bike and having no clue as to what side of the road to be on :)

Obviously since the TDF the Granon is now well and truly on the cycling map and in these busy August weeks I've never seen so many bikes on the hill. 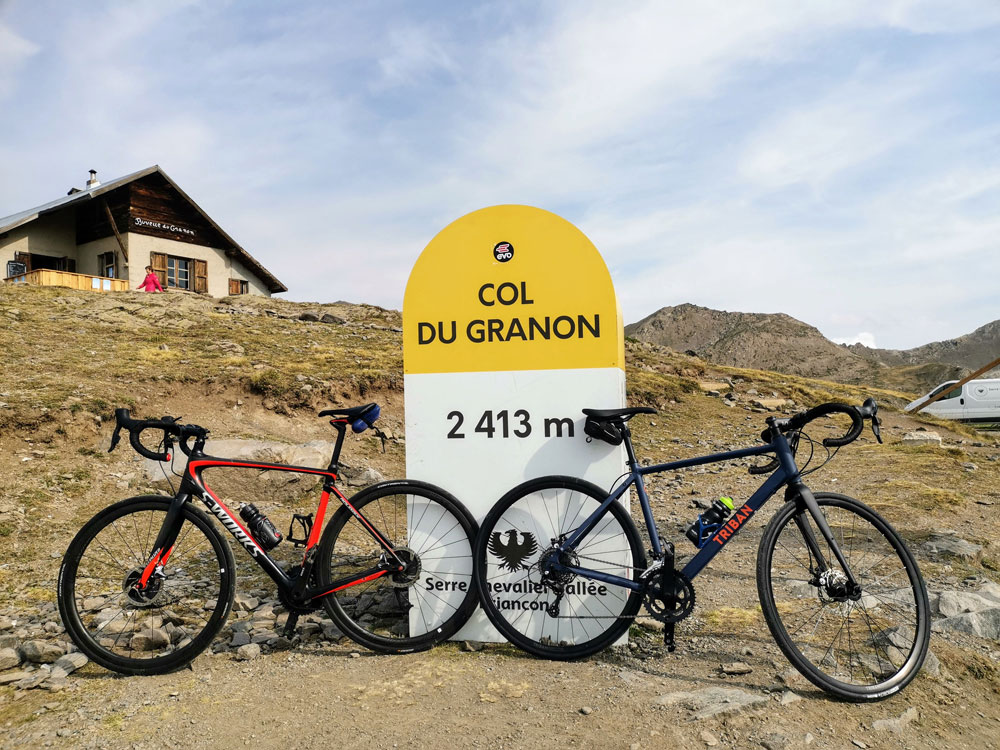 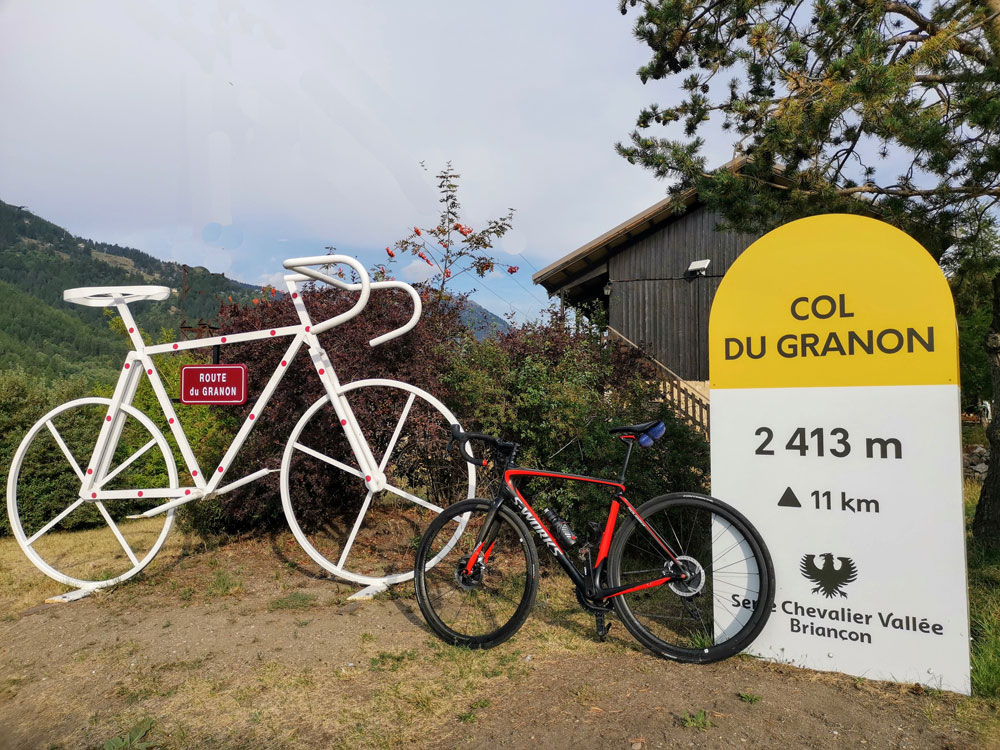 Then the following morning after walking home in heavy rain the night before, the rain had cleared so I decided to do the last big climb of the Summer, as it was the turn of Col du Galibier and the last of the 2022 Cols Réservés for me.

The overnight rain in the valley resulted in fresh snow above circa 3,200m and was most impressive, though the clear weather gave way to an overcast sky and it became chilly and damn right cold on the descent, so much so that I was shivering quite uncontrollably once home. 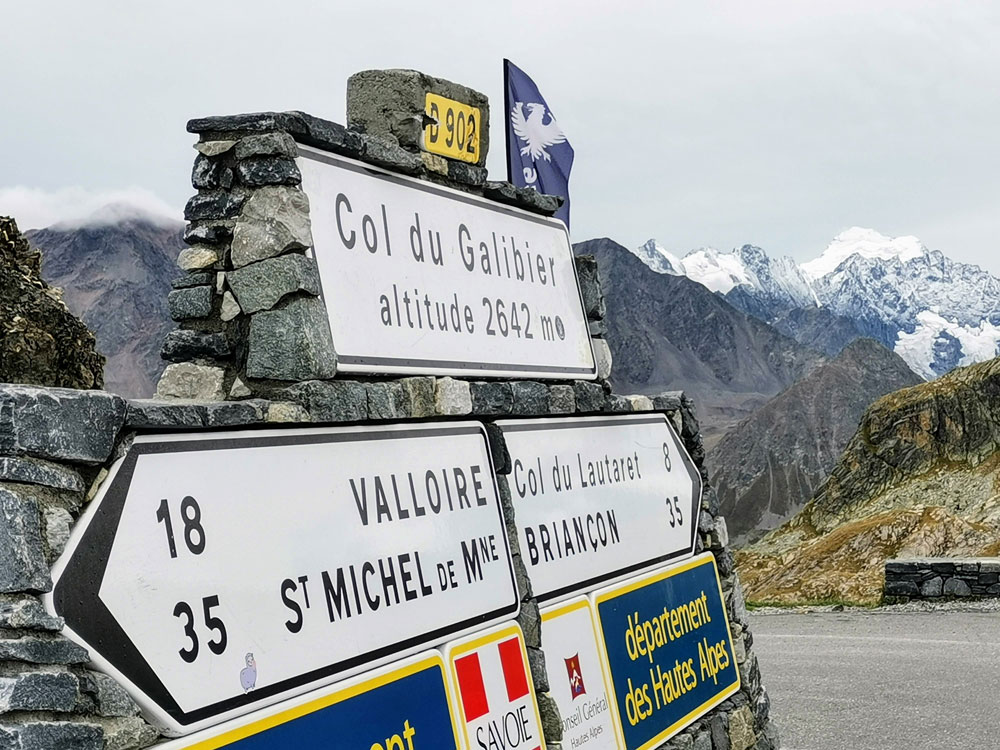 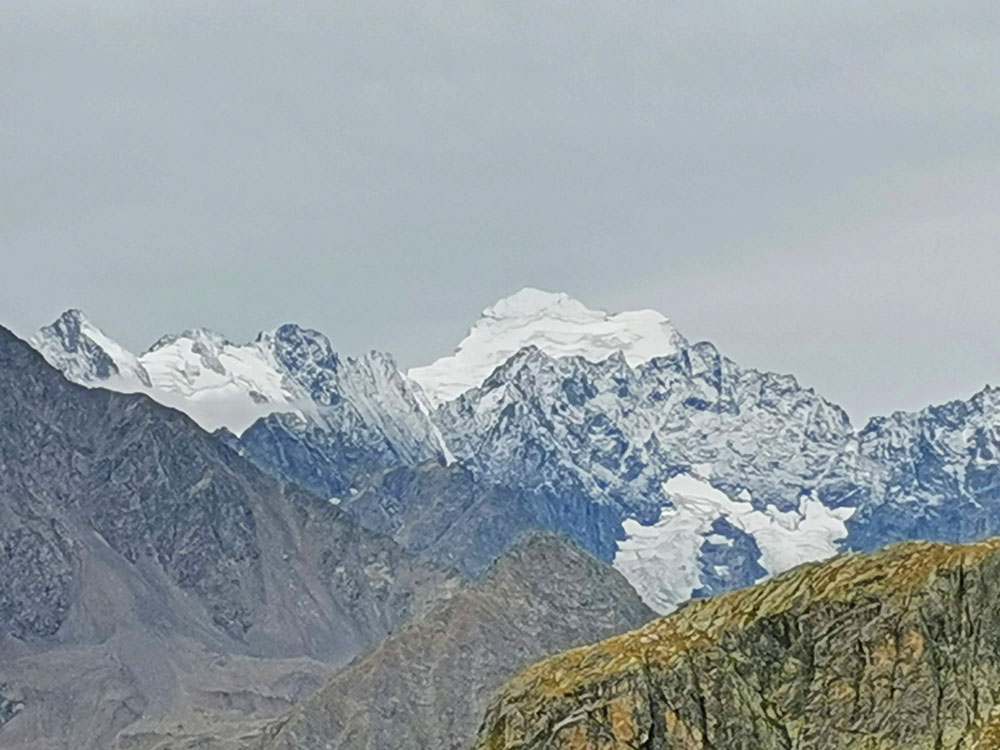 So by the time we return to Serre Chevalier back end of the Autumn the Galibier might well be closed along with some of the other high altitude Cols. It is still vety autumnal as I type this with a chill wind blowing, and temps circa +15, Autumn anyone ?