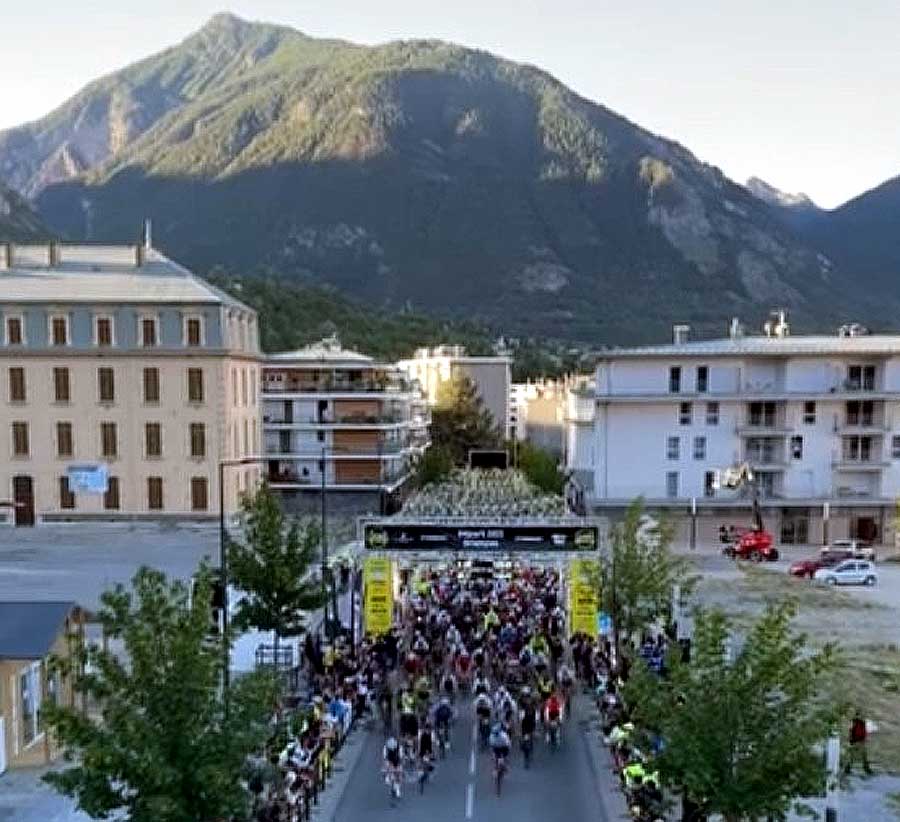 And they're off. Thousands of amateur cyclists set off from the historic town of Briancon to ride the challenging Stage 12 route of the Tour de France with 4,7000m of climbing...

The sun was rising this morning, as the crowds cheered the cyclists riding through the starting arch in the historic town of Briancon, taking part in L'Etape du Tour, the 11,000 riders setting off in waves, pedalling past STYLE ALTITUDE HQ in Les Salles les Alpes before heading onwards and upwards to the Col du Lautaret and the Great Galibier.

A total of 16,000 amateur cyclists from 70 countries including 35 percent from outside France originally signed up for this year's Etape but 5,000 dropped out before the race that follows Thursday's stage 12 in the Tour de France. The riders in l'Etape will ride the 167km route from Briançon to Alpe d'Huez, with a record 4,700 metres climb, including the Cols du Galibier and de la Croix de Fer, plus the final slog up the 21 hairpin bends to Alpe d'Huez.

Check out the races, cols reserves and challenges for cycling around Briancon and Serre Chevalier on our next blog. 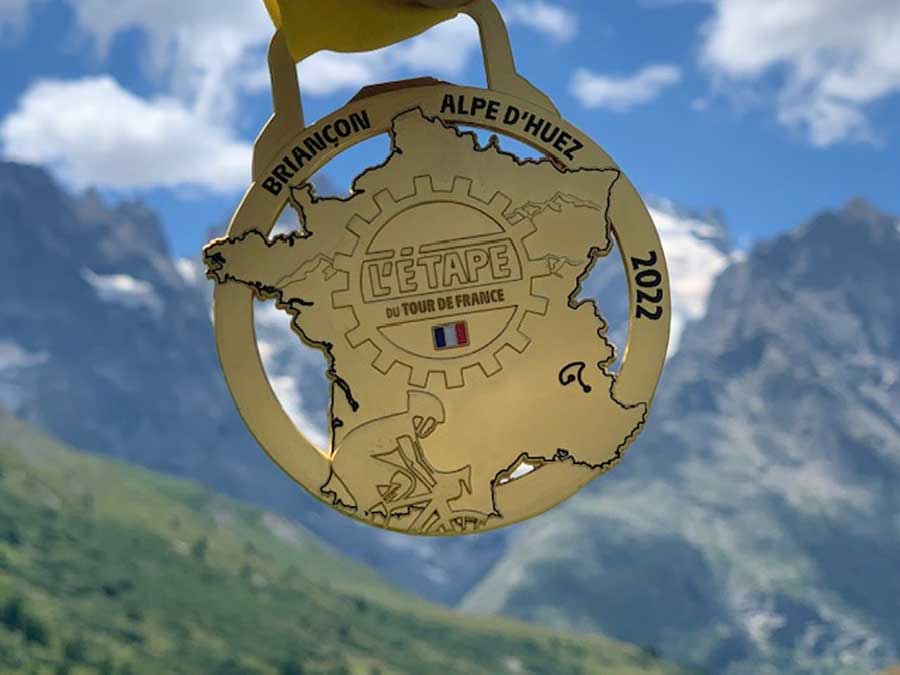 And here's the well-earned medal for the 8,685 who managed to finish the gruelling challenge. Participants were dropping like flies well before the final climb to Alpe d'Huez, with a blistering sun adding heat stroke to the list of potential afflictions of cycling in this year's epic Etape. More than 2000 never made it to collect a medal. The broom wagon was already sweeping up stragglers before the Col du Lautaret, so it was a long coach ride for them, following the riders who managed to finish before the time limit.

Then for many there was the logistical issue of getting back from Alpe d'Huez to Briancon, unless they had pre-booked a seat in the limited coaches returning at the end of the day, left their car the day before - or had a sympathetic friend/relative to pick them up. Early pre-booking of accommodation in Alpe d'Huez was a good move but that meant many a weary cyclist was on the road pedalling another 80k returning to Briancon, the next day.

The first finisher arrived in Alpe d'Huez after 5 hours 15 minutes, the first female completed in 6 hours 31 minutes. Congratulations to our mate, Jon Bridges, owner of the above finisher's medal, who made it to the top in 11 hours 31 minutes moving time with an average speed of 14.6km/h, scoring 25 achievements on Strava and burning 8,285 calories!