No Snow? How and Where To Sniff Out Powder 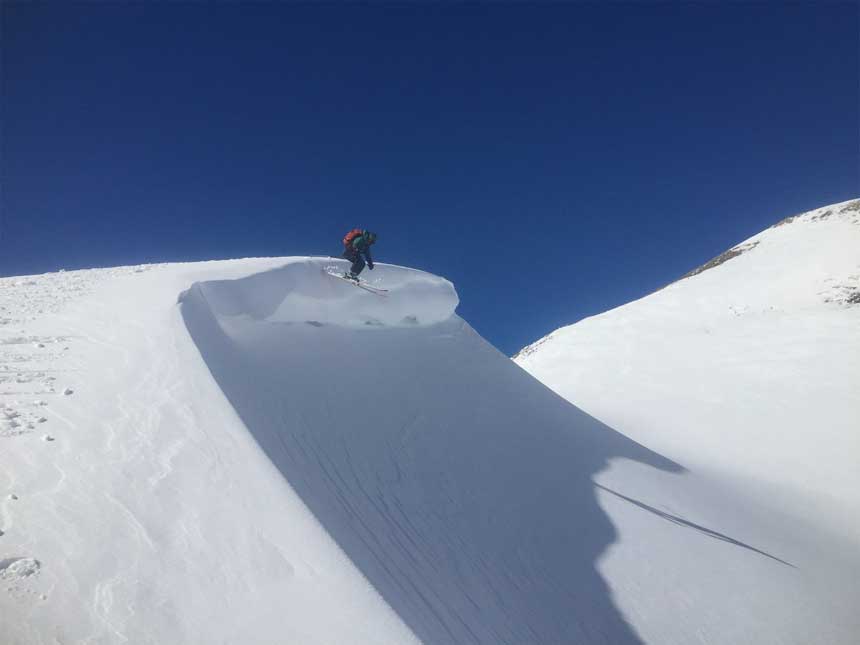 How To Earn Those Turns

So the sun's out, beautiful blue skies, but it hasn't snowed for two weeks. What to do? Slap the skins on, of course ...

First outing was up at the Col du Lautaret, taking the route up towards La Pare and the Vallon de Roche Noire, around 500m vertical and surprisingly good ski down (below). 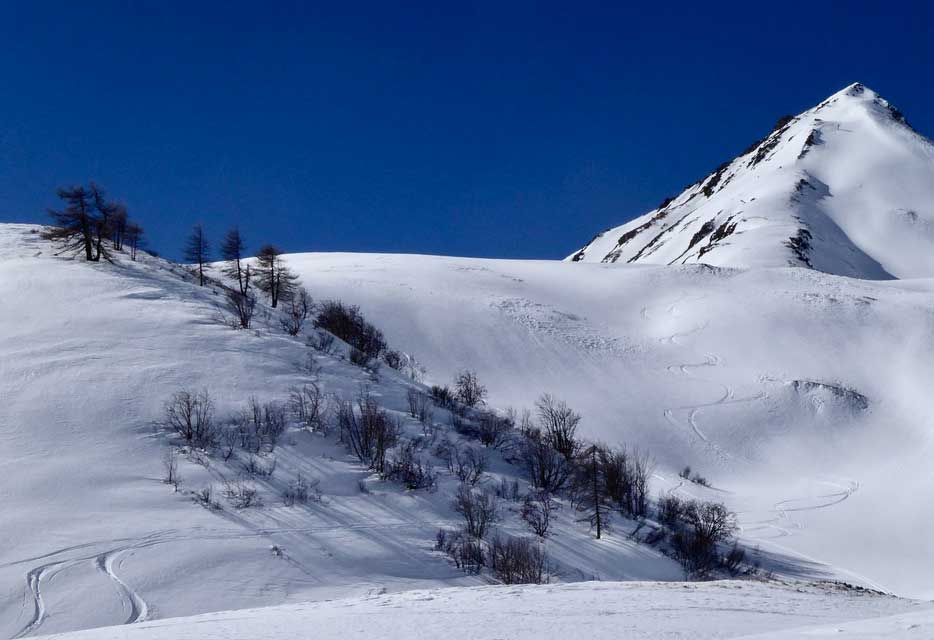 Then on the Combeynot side of the Lautaret, around 350m vert part-way up to the Col de Laurichard, no fresh snow, but had been really windy so a lot of deposited snow in the gullies:

A week later and all the way to the Col de Laurichard, this time after a light snowfall and great conditions all the way down, around 650m vert (below). 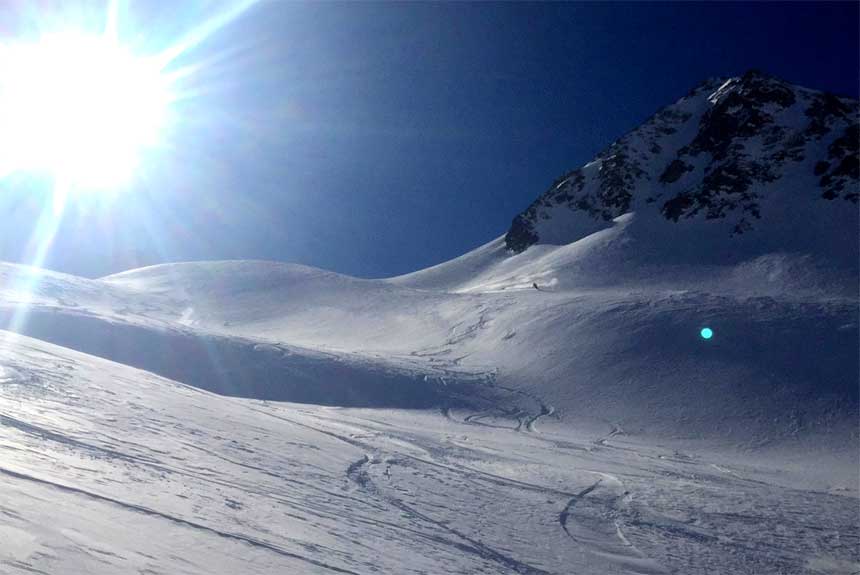 A couple of days later I had nobody to ski with, so skinned up to the Col de Côte Plaine, sadly five others had beaten me to it, but was still sweet (below)!

Bear in mind that this is now about three weeks after the last significant dump! 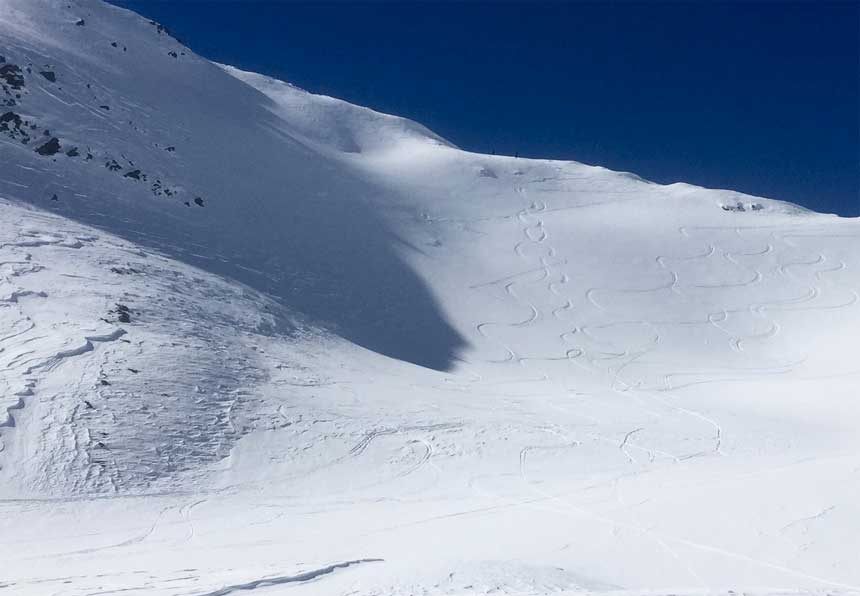 Following on with a climb up to the Col des Trois Freres Mineurs, about a 600m skin up north from Montgenevre for a change, great views and a nice descent in good spring snow, ending in a fun gully with an unsuspecting Frenchy following us! 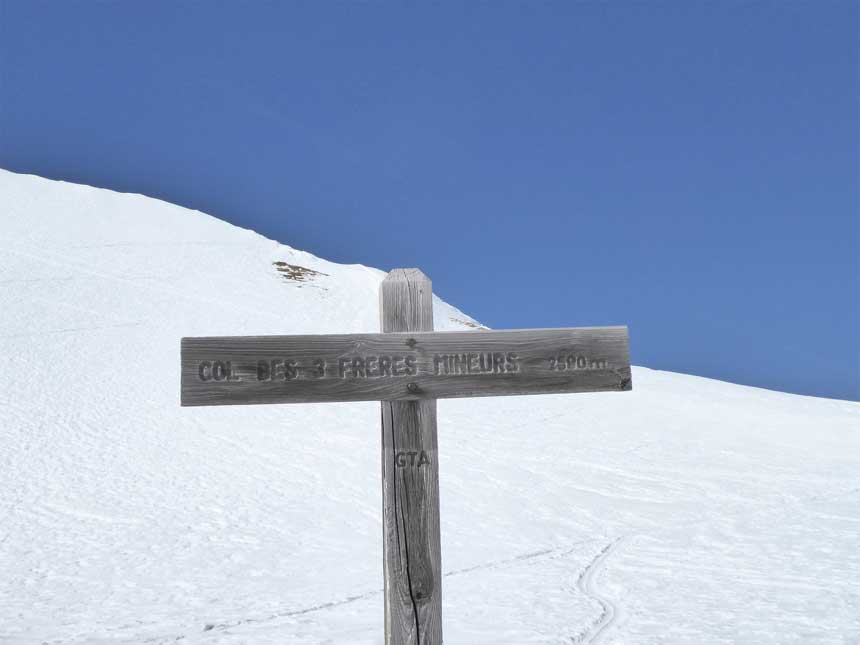 An abandoned hut with Montgenevre lifts in the mid-ground, Pic de Rochebrune towering magnificently at the back (below). 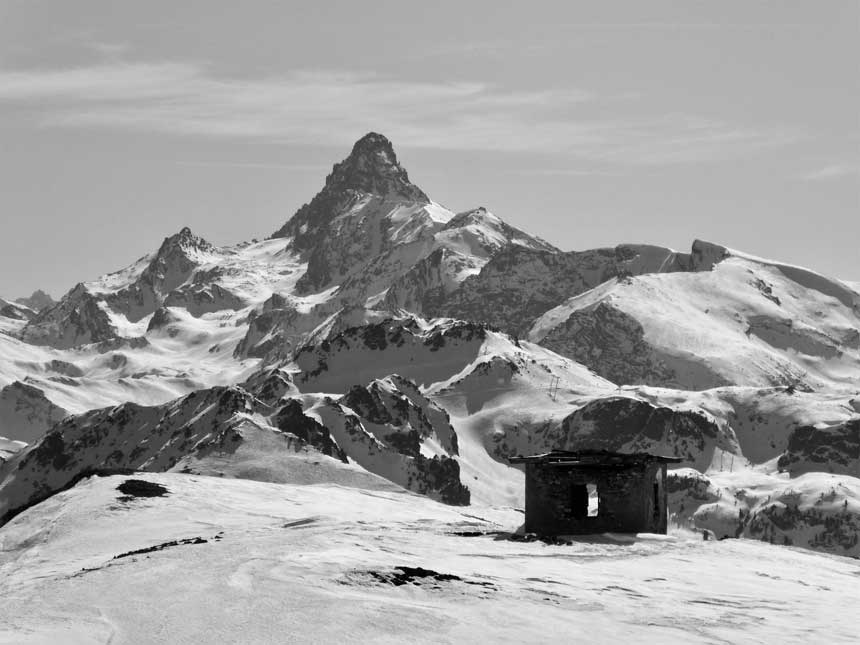 Popped over to the Maurienne Valley for a couple of days to hook up with some friends, great touring and really spectacular (below), descents were a bit "meh" 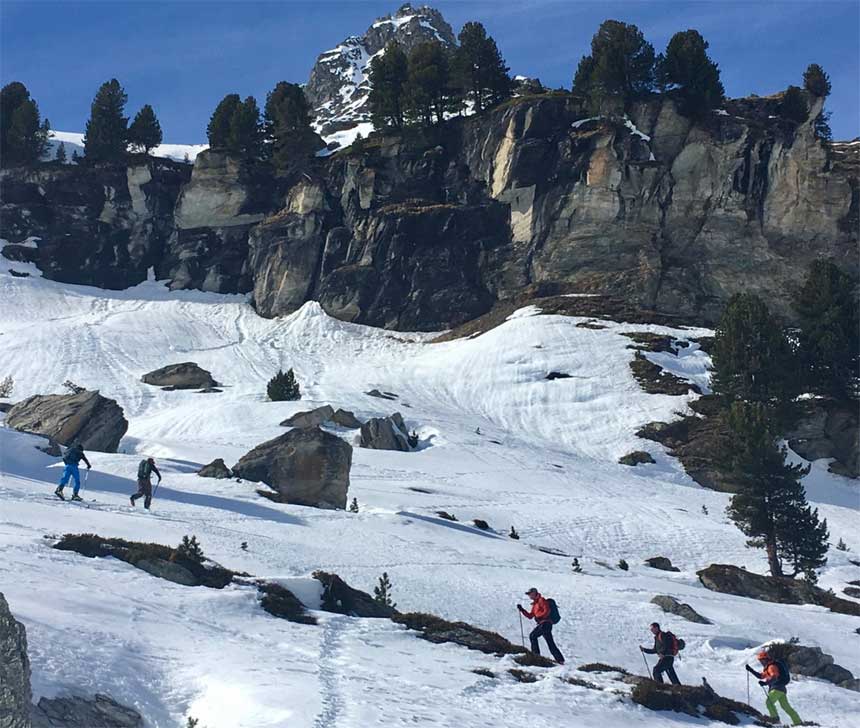 Back up the Lautaret to the Laurichard, this time with my son (below), sweet turns and a nice lip to drop off!

Then at last, it snowed, after five weeks of endless blue skies, finally the white stuff appeared again, sadly only around 15cm, but hey!

This was inbounds at Serre Chevalier, just below the Col de Mea (below), accessed by a very short traverse, ended up doing it three or four times. 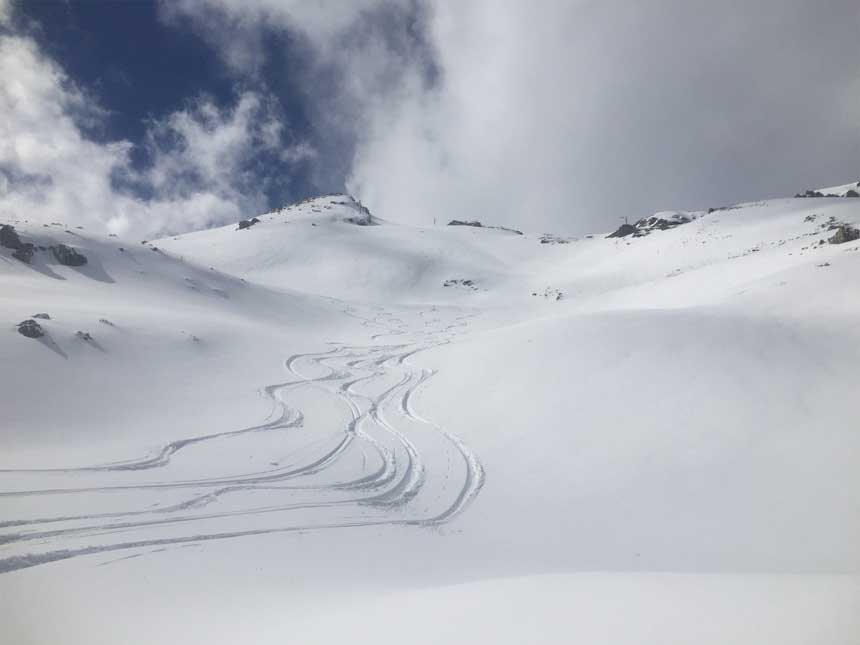 And the next day La Grave had delivered the goods, 30cm of fluff with the classic descents really good and Banane (below) and Lac couloirs in great shape! 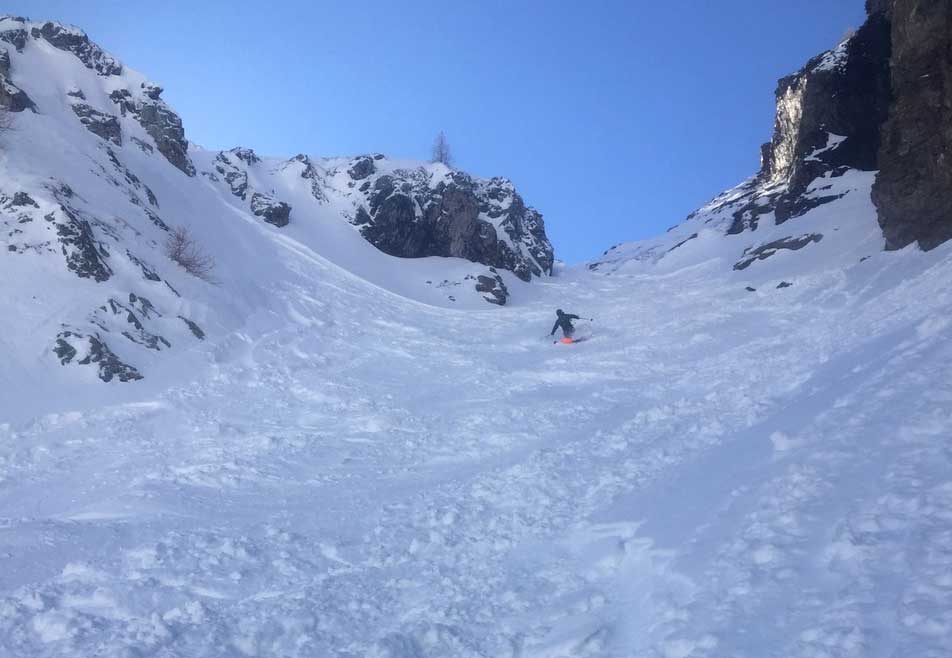 Just goes to show that even with a feeble amount of snow falling over a five week period, if you know where to go and are prepared to earn your turns, then the results can be sooooooo rewarding!