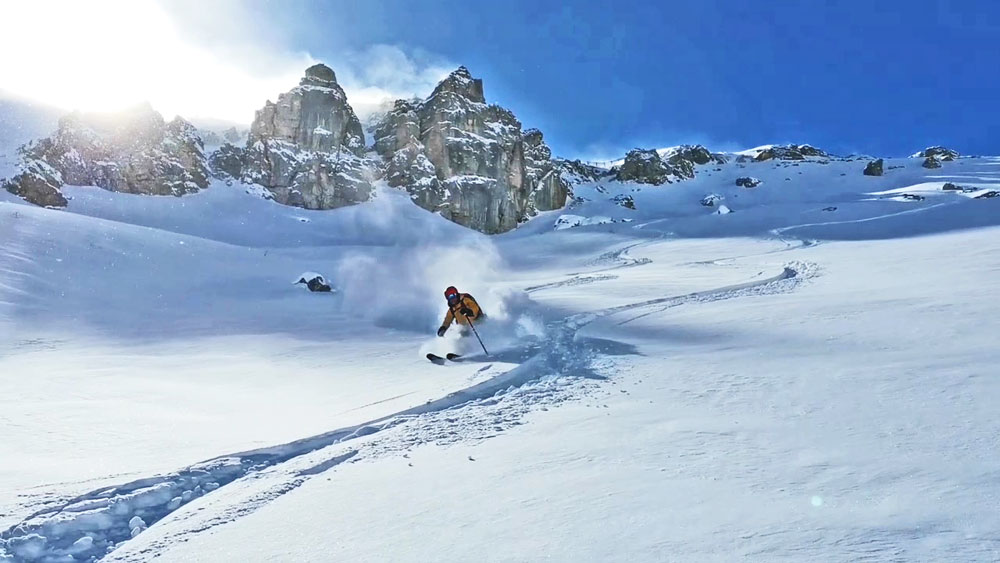 Starved for nigh on five weeks

It was total carnage in the valley yesterday afternoon and on into the early evening. The many who had driven to the various parking areas along the valley in the morning in the dry conditions had not taken into account the forecast, so by the time they tried to leave they were wrestling with not only their chains but the conditions, if they had summer tyres along with 20cm+ of new snow.

So I left in good time to make the first lifts (08:30 in high season for the main Casse du Boeuf chairlift) in case the same people were attempting to repeat their perfomance. However, the roads were bizarrely clear, though the lift opening was delayed due to avalanche control. Once at the top the route we wanted to take was closed, again due to the ongoing controls, and the pisteurs were there so no ducking under the ropes.

Then it seemed every lift we arrived at was closed, waiting to open at around 09:15 so we decided on heading all the way down, well that was our only option.

I had chosen to use an older pair of skis as even with 25cm of snow I knew we'd be going through to the ground as snow cover is so sparse this season, especially as 75 percent of our skiing would be off piste.

As we were skiing away from the piste through the houses and the chemin that runs close to the Luc Alphand, I then hit a hidden obstacle (tree stump) which took me out, and I subsequently lost a ski  for what seemed an eternity.  I was thinking I might well have to walk out minus one ski, but patience paid off, and I found it about three metres below where I fell.

Once at the bottom there were massive holiday queues but with our season passes we gain access to the 'Joy' line bypassing the holiday hordes - and that worked so well for the rest of the session.

As the morning progressed, so the wind increased with intensity. We skied various lines under the Grand Serre lifts and even though the snow pack was very wind affected it was pretty good, but it seemed everytime we skied a sector, so next time back up the chair, others had then skied our lines.

We headed over to the Vallons, not before ducking under a rope and nicking a cheeky forest run in lovely powder.

We then decided on a ridge hike to get away from the many people venturing off piste. Even though they, too, were hiking they didn't fancy the extra 100 or so metres we did. 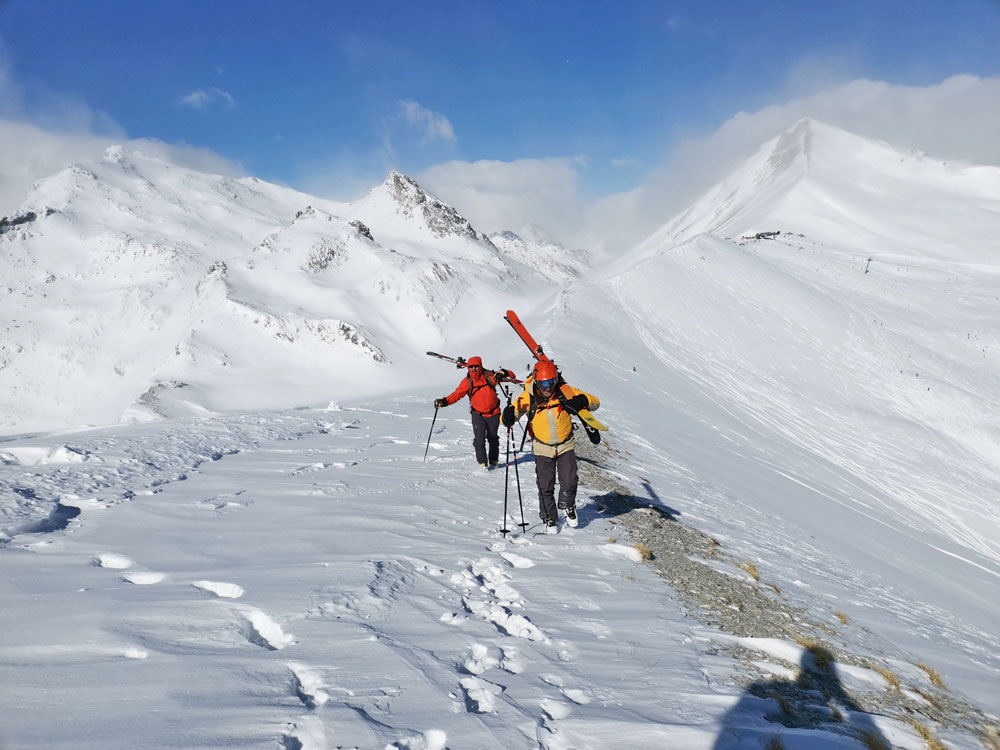 And it was stupidly windy though at least it was a tail wind that really made the turns look dramatic with the snow hanging in the air and then being blown horizontal as you'll see in the video below.

So a good morning, and for one of the crew, Costin,  it was a great birthday.

Now back at the apartment and it's a little depressing to see that the majority of the snow has now disapeared, but we are located on the south side of the valley that gets the sun.

This morning before I left 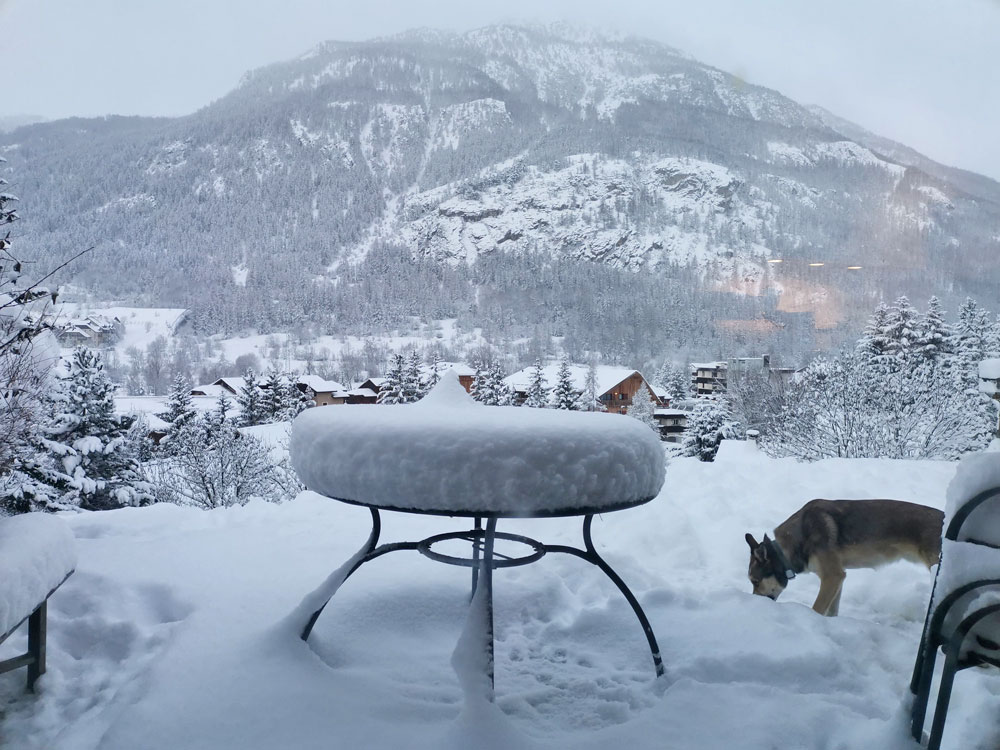 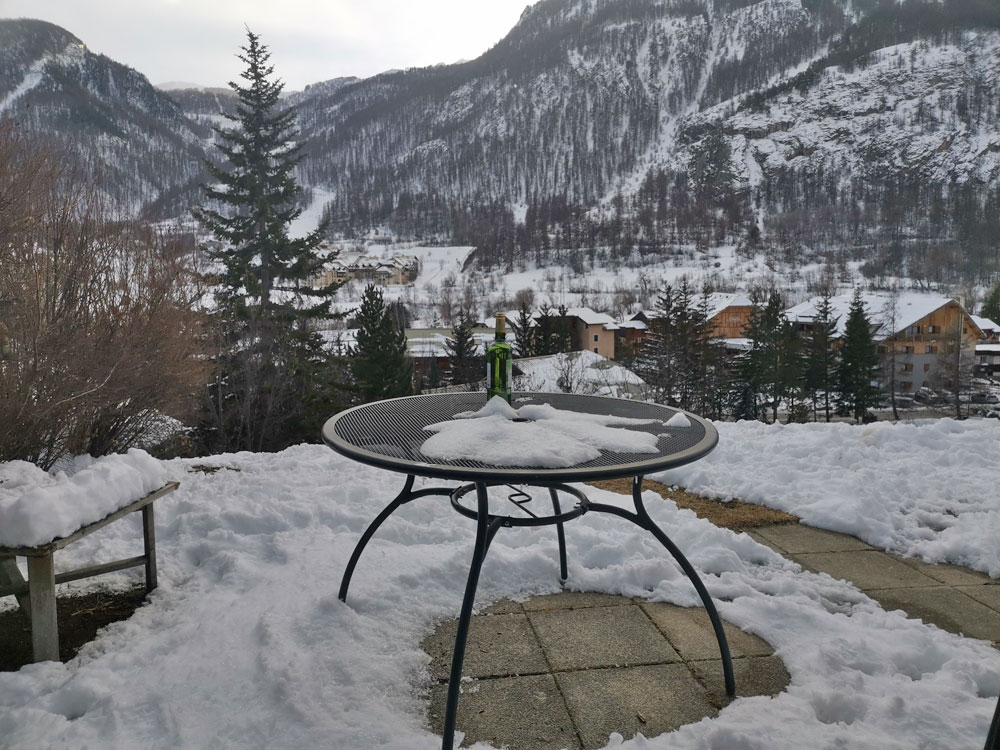