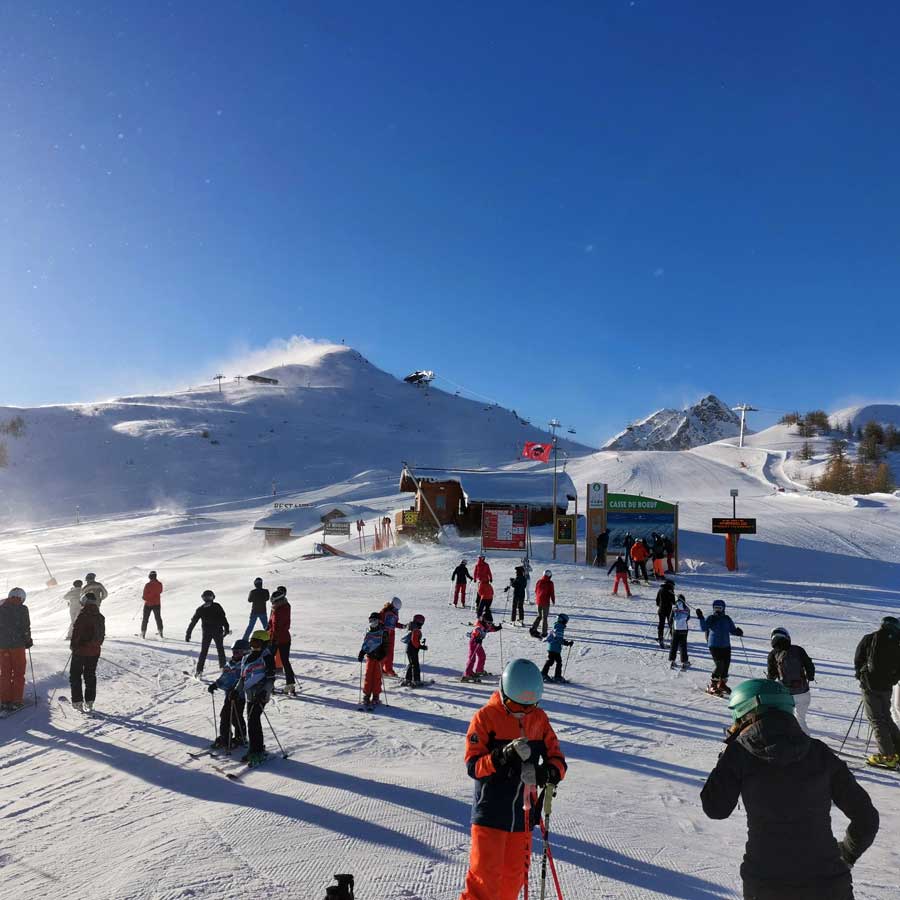 Now we need some fresh snow

According to many in Serre Chevalier the Christmas and New Year holidays were the busiest ever seen in the valley helped by cloudless skies and a great snow base, but now post-holidays the pistes are hard packed, the off piste trashed and there's no fresh snow due for at least another week. So what are the options?

It seems a very long time ago that we were skiing powder, and updating the blog.

To be fair we did miss out on the last fresh snow, that saw 15cms or so fall on the 27th December.

On that day we travelled over the Col du Lautaret in very demanding conditions to my brother just north of Grenoble, and the return leg was even more arduous. Seem to recall it was nigh on 7 hours driving for a three-hour family lunch! #bah-humbug

Since the last blog, I went back very briefly to the UK for a couple of days before returning with my twin daughters on Christmas Eve.

We then made a plan (how to make God laugh) to meet up with friends and associated families for pre-lunch drinks up the mountain at the new Cabanne restaurant, top of the Aravet, but a howling gale (picture above) saw red lights appear on all the lift maps as most of the lifts shut and that plan fizzle out.

It was obvious just by the number of cars in the valley how busy it would be up the hill, so as on a powder day the strategy after this was for first lifts.

Once up the hill, you moved fast to keep away from the groups travelling to the more remote areas of the resort, but sooner or later the hordes caught up so it was time to retreat by around 11.30.

That said reading some reports from other resorts over the festive season the queues here were not too bad in comparison.

Most of our friends all agreed, however, that it was not just the queues that were off-putting but the number of people on the slopes and the recklessness that many showed wtih the resultant collisions.

Our daughters felt so threatened by the perceived danger that they quite liked the idea of mini ski-tours with the dogs.

The only issue was finding the right type of snow off-piste, as in between the Christmas piste skiing antics I had also been ski touring, scoring some good powder, notably on the 28th December after the previous day's snowfall up above the Vallons du Fontenil where it was the first outing on my new Scott 105 Super Guides and Xenic bindings, a very sweet light set-up that saw me climbing the first 500m vertical in under an hour. 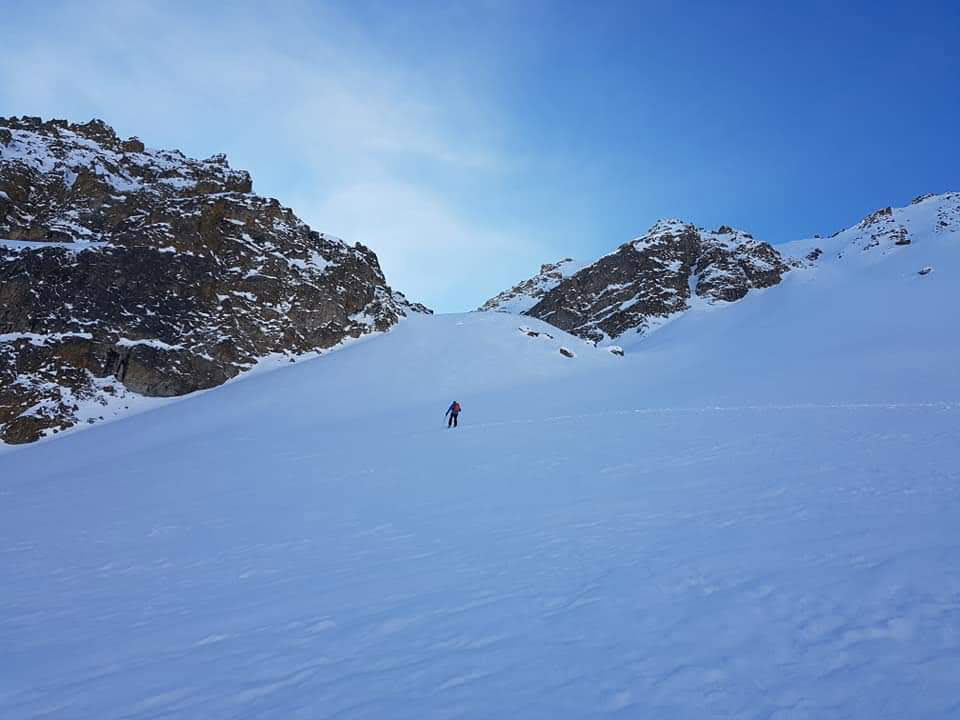 With high pressure in charge and cloudless skies the snow off-piste started to do its thing, and a few days later we did a ski tour that has been on my bucket list for well over seven years in search of spring nnow, skiing the slopes below the Col de Buffère climbing up from the village of Le Freyssinet only a couple of kilometres along from where we live. It was so warm we were down to t-shirts; and as you can see from the video it was pretty sweet though we did have a few navigational issues.

Even though the snow in the video looks good it was quite technical skiing as the snow-pack was varied to say the least, and not that user-friendly especially if you're not used to skiing off-piste in that type of snow. For my daughters, I had to choose a route that would not be quite so difficult to ski, so we headed up towards the Lautaret and managed to find almost spring snow.

And that was the theme for the rest of the holidays, as come New Year week it was even busier in the resort.

We did have a very good ski tour off the back down to Chambran in probably the best ever conditions I've skied down to there, a mixture of powder and spring snow all the way to the valley floor, and then a few days later I probably had my worst ever ski tour down the same route. I stupidly ignored various warning signs, such as strong winds and very bad snow-pack, plus I was on my own, and was extremely relieved to make it back into the resort.

Once the crowds departed the slopes have been amazingly quiet, though any off-piste that is remotely close to a lift is skied out or has been trashed by the winds.

We now have to patiently wait for the next storm*, our options while waiting are ski touring spring snow, cafe piste skiing or cross country skiing, and the conditions are currently superb for that.

*looks like the high pressure is set to break down the back end of next week. Fingers crossed.