MOUNTAINEER FIRST TO SUMMIT K2 - AND THEN SKI DOWN

Last Sunday, 22nd July, while you were cycling or trail running down your local hill or trail running and maybe feeling a buzz of adrenaline, think what it must have been like for Polish mountaineer, Andrzej Bargiel who became the first to climb to the summit and ski down the notoriously dangerous mountain in Pakistan...

At 28,251 ft above sea level. K2 is known as Savage Mountain due to the technical difficulty of the climb and the high fatality among those who try.

Andrzej Bargiel first made the attempt in 2017, but had to abandon his summit attempt due to high temperatures and dangerous conditions. So this year, the 30 year old returned to the Karakoram mountain range intent on succeeding and spent a few weeks acclimatising before ascending to second base camp on Thursday, 19th July before moving on to third base camp.

He reached the summit on Sunday and simply strapped on his trusty skis and started back down the iconic mountain, tackling the shoulder towards the Cesen Route first, then navigating under huge seracs (blocks of glacial ice) via the daunting Messner Traverse to the arête (narrow ridge of rock) on the Kukuczka-Piotrowski route. He then had to battle past snowfields full of dangerous crevices leading back to base camp and a place in the history books. 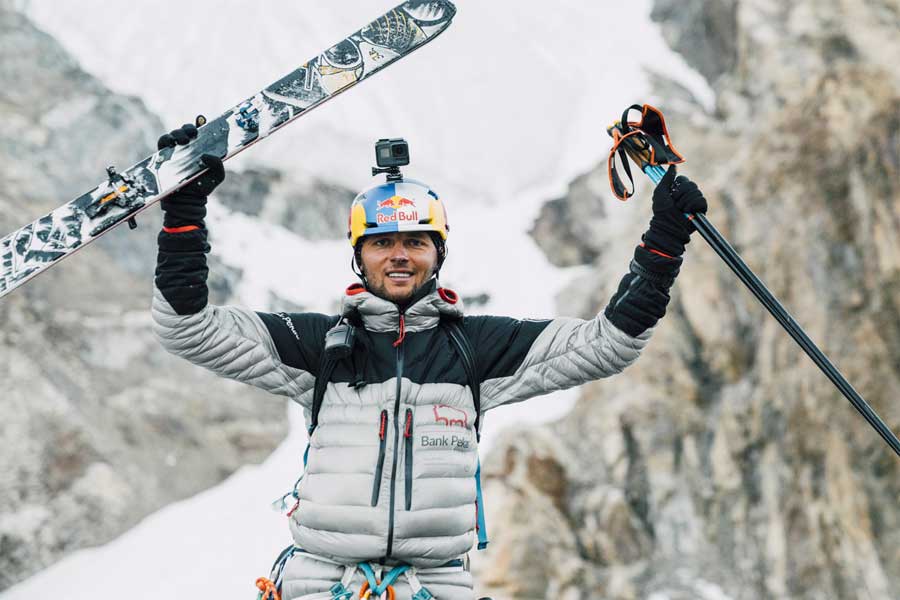