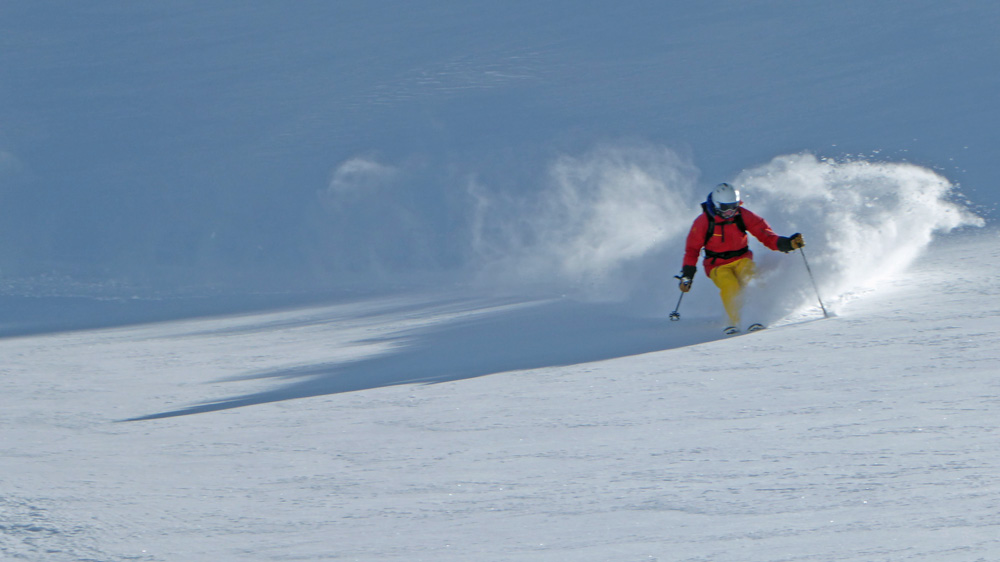 Is your skiing stuck in a rut? There are 3 key ways to take action transforming your skiing from cruising blues to bossing blacks, from cafe skiing to shredding powder

Are you ski fit right now? It might be months before you plan to go skiing so do you care? Do you just intend to do some squats a few days before your holiday so it'll be fine?

Well, if so this is why your skiing ability is going nowhere. Being ski fit is not something you want to leave to the week before you go because sitting against a wall to strengthen your quads is not going to be anything near enough to strengthen muscles let alone increase aerobic capacity for skiing out of your rut.

Fitness should be a year round thing especially if you want to improve your skiing. Will you be out of breath after a long red run? Would you struggle to stand up if you fell in powder - or even on the piste?  On Day 3 will you groan getting out of bed because of aching thighs? Then you're not fit enough and your skiing will never get better.

For sure, you have muscle memory so it IS like riding a bike, something you can pick up after a year's break. But being physically fit means that not only will you be able to hit the ground running /riding for a week's skiing holiday but also you will be able to go up another level whether it's doing blacks / double diamonds, bumps, touring or powder. Feeling tired and having muscle fatigue are major reasons why you are stuck on a plateau and can't hack something harder.

Check out 7 Fixes for Ski Fitness including boredom-busting exercises and muscle-toning techniques that you can do all year round costing only a few minutes of your time. You can, also, go mountain biking in the summer, which gives all the buzz of skiing and can help technique let alone fitness. And, subscribe to Strava, one of the best PTs you could ask for as in measuring your performance and providing incentives to get fitter via segments, training logs and challenges.

2) BE WILLING TO LEARN

Getting stuck on an ability plateau is common for skiers. It is one sport where, after one week, many never have another lesson and then wonder why they don't improve. For instance, how do you learn to ski powder?  Go with an off piste instructor? Or just follow friends who will shout encouragement and instructions such as, 'bounce up and down more' and then wave with a  'see ya' leaving you to bounce your own way down like an out of control tennis ball because, after all, there are no friends on a powder day especially if you're not in their off piste league..

And, yep, you can learn this way because, as they say, what doesn't kill you can only make you stronger. Right?

What doesn't kill you, though, can also create bad habits, ranging from waving your poles around to a stiff upright stance. Darren Turner, private ski coach, who has helped many go up another notch in their skiing ability describes the 7 deadly sins of skiing and how to break bad skiing habits.

But it's wanting to learn, look better and improve techniques that is key. Our Ski Editor, Bing, started skiing as a child in the Peak District and is now one of the best and most stylish freeriders on the mountain. He learnt when his parents put him on skis and pointed him down hill and then, as he says, he spent 'hours watching the classic ski movies in the 90’s like the Blizzard Of AAHHHS, License to Thrill, P-Tex Lies & Duct Tape and had the legends of Glen Plake and Scott Schmidt to mimic'. He's proof that you can learn to ski without lessons but not without a huge desire to be as good as the best - and to keep striving to be better.

3) GO BEYOND YOUR COMFORT ZONE

Bottling it, is always going to stop you advancing. Be prepared to push out of your comfort zone. If you find yourself ducking out of doing that black and going to the mountain cafe instead, then how're you ever going to get better?

A can-do attitude as in 'it may be steep but I know I can do it' may take you out of your comfort zone while practising beyond what you find easy will improve your skiing far more than a cup of coffee (though admittedly the caffeine can help). However, never mistake bottle for stupidity as in  'it may be a white out but I know I can huck those pillows'.

Going beyond your comfort zone can mean conquering The Fear. When it comes to skiing, The Fear can manifest itself in many forms, from fear of falling to fear of failure. But remember fear is not real, it is the product of your brain. Of course, the mountains are mighty fearful places that should command respect. Fearing what they might throw at you whether avalanche, ice or hidden crevasses means being prepared for the unknown. Fear, of course, is the mother of foresight.

But trust yourself and what you can do. Confidence as well as speed is your friend helping you to turn whether on piste or in powder. Going slowly will make it harder and hesitating will hold you back. Literally and metaphorically. It may not be PC to recommend to anyone in these 'woke' times but sometimes Rule No 5* can be just the motivation you need.

Check out how to Lose the Fear.