How best to film skiers and skiing with a drone 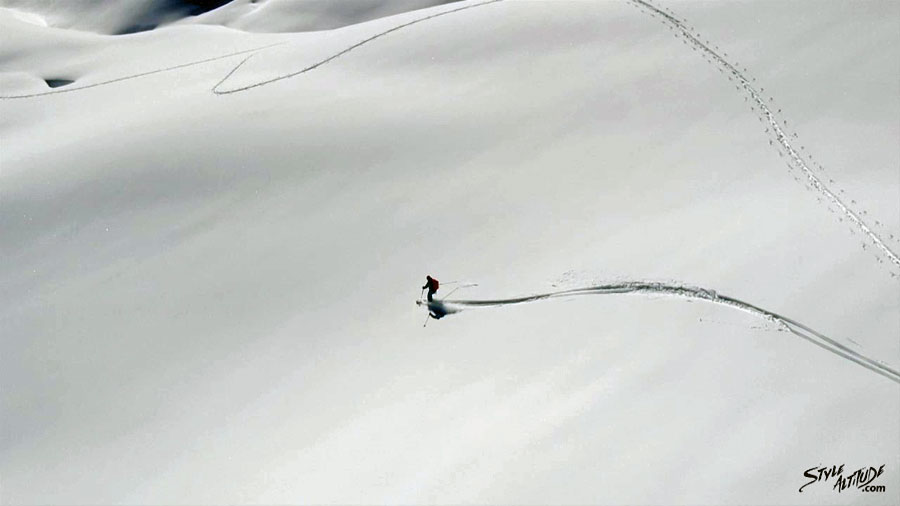 Filming skiing with a drone, the highs and lows

Firstly there is a massive faff factor when filming with a drone as opposed to a GoPro, and apart from common sense, there are other rules that you have to follow.

In France for instance, these are the basic rules for using a drone to film skiing.

So that basically rules out filming with a drone in a ski resort!

For us, we only use the drone, a DJI Spark to film skiing when we are well away from people, and then tends to be when we are ski touring.

It's actually quite a good fit, as we have to stop to transition, that's when we go from climbing mode to descending mode, and that invariably means taking a break, having a snack and taking in the scenery before we put the skis on to ski back down.

We can then take time to discuss the options as to how we are going to film with the drone, and this is something we are still very much learning about, and some of our good footage to date has been more by luck than skilled flying.

It's when trying to navigate to fly filming that it's critical that both the skier and filmer identify an area before starting, and in big wide-open bowls, that's quite hard.

We did identify some trees to ski close to at first but when the drone was up in the air all the trees looked the same!

As you can see from the video below we also edit the film using both GoPro and phones.

We were also trying to stay away from the tracks of the previous day, but in hindsight following tracks is probably a good way to practice flying, navigating and filming at the same time.

The other big issue is then flying back to "home" and it's here that I have issues, as in all the cases of reading of people seeing their drones fly off into the blue yonder or trees in my case, it's after having clicked the return to home button!

And when near a forest it's maybe better to fly using the compass to return but even then it's very tense when you can't see or hear the drone!

So you have to look at the distance, height etc readings on the screen, and then, of course, there's the battery that's left!

It is very hard to use the follow me drone skiing functionality, not least due to the speed of the skier, but the fact that the drone maintains the same altitude whilst the skier descends, so at best you'll only manage 10 secs of decent skiing.

Other lessons learned,  turn the gimbal speed right down, so it's not too twitchy.

For sure there are much better drones out there, that now have great Follow Me functionality, such as the Skydio 2, but they are simply for the likes of us, not that practical to carry in a back-pack with all your other gear, it's bad enough with the DJI Spark, remote and Ipad Mini, as I choose an Ipad Mini so do have a better screen to look at in bright sunlight over a phone.

And with the Spark I can land it in my hand, unlike other drones where you can have issues, especially in deep powder, of somewhere to land it and one more tip, for take-off turn your skis upside down into the snow and use them!