Once Upon A Time in a Pandemic. What life is like in a ski resort with no lifts running 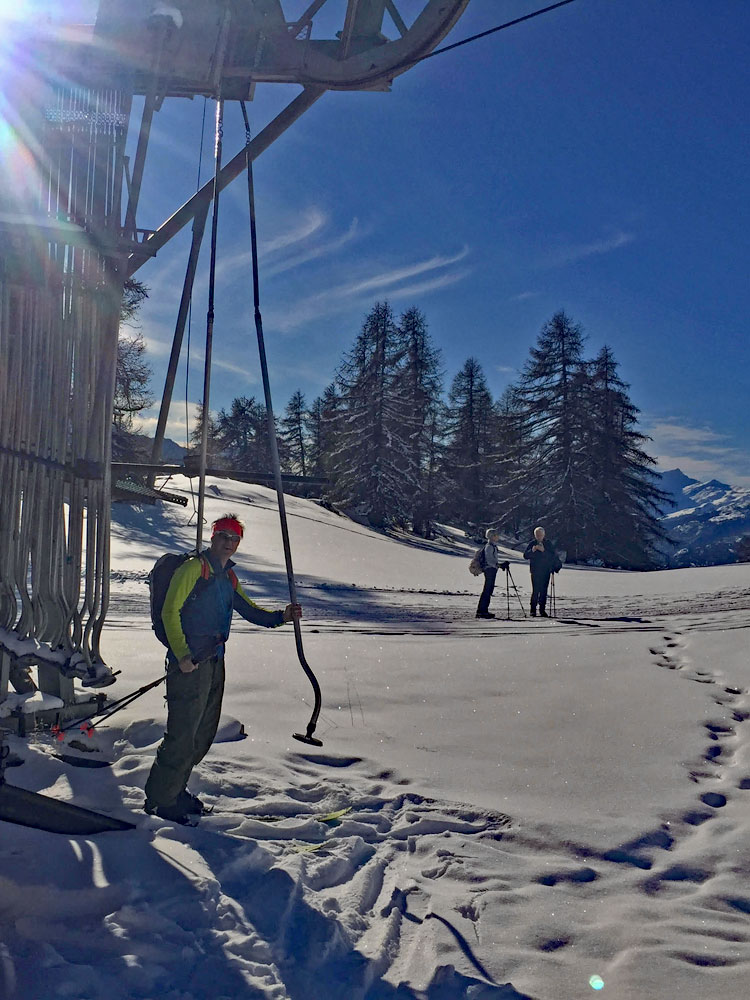 No lifts, no bars, no restaurants, curfew and little or no social life

I've been out nigh on a month now and have to say, personally, I'm not too affected by the situation apart from the little matter of my wife, the Editor of Style Altitude being stuck in the UK. However, as they say 'every cloud has a silver lining'...

I've been out nigh on a month here in Serre Chevalier, having managed to escape the UK before the Brexit deadline, more on that here.

When I arrived at the peak of the New Year's holiday period I was quite stunned by how busy it was.

Curfew was at a manageable 20:00 so even with the bars closed one could still pop round to see friends for a pero and be home by the witching hour*.

Like in the UK, 75 percent of the conversation seems to be Covid related, and more so here in the mountains as the subject everyone has a vested interest in is whether the ski lifts would open in time for the all-important four weeks of half term holidays.

I would say immediately after the New Year festivities that there was an element of optimism that indeed the lifts, if not the bars and restaurants would open, however that was before Macron became more concerned about the 'English Plague' and other variants, so soon after I arrived curfew was changed from 20:00 to 18:00, which would mean careful planning to continue with some sort of social life!

And even though numbers of cases in France were nowhere near as severe as the UK last Thursday (21st January) the announcement was made that no one wanted to hear, that the ski-lifts would remain closed for the half-term, which basically means for the rest of the season.

The evening of the 21st January, I was out walking the dogs after curfew with my attestation which allows me to exercise pets within 1km from my home and I happened to have supper at friends 0.98km from chez moi. Joining us were two friends who both run businesses that heavily rely on tourists, one being the most popular bar/restaurants in Serre Chevalier at the foot of the pistes and the other a Gite Hotel and numerous apartments. They were furious with the decision, though I did have to remind the person who runs the bar/restaurants that this has been the situation for so many hospitality owners the world over!

The point being that theoretically, you could still have the lifts open but the bars remain closed and accommodation, be it self catering would not be hit so hard as visitors would still come if the lifts were open, and other related business such as ski schools, ski shops as well as the lift companies could trade.

The actual number of cases in Briancon hospital are low though the Hautes Alps numbers overall are high and, evidently, there are not that many ICU beds available in Briancon hospital. Then there's the additional concern of ski-related injuries impacting on resources. That said it did make us question the logistics employed at Briancon hospital as to whether they take on more staff to cope with the increase in demand in the ski season A&E -  and no-one knew the answer to that.

During the first lockdown way back in March, 2020 I was surprised to see many an Italian registered car in Briancon, however, I later learnt that the hospital here employs a lot of Italians who drive across the frontier everyday, but that does not explain how my Italian neighbours are still able to come here at the weekends?

And it's not just the weekend when there are more visitors, it does seem - and many a friend confirms this - that there are still a lot of people around.

Below where we live are Les Chalets du Jardin Alpin and judging by the number of cars parked there this morning (image above) people are continuing to visit here; that's the great thing about French cars and their number plates, you can instantly see where they're from if they are not the local 05 plate.

Yesterday I was in Intersport and Decathlon, and they too were both very busy with a certain demographic profile of what friends in Cornwall refer to as 'nearly deads' or, retirees making up the main percentage.

And maybe thanks to Covid,  they (retirees) want to get away and stay in the perceived safety of the mountains and take advantage of the heavily-reduced accommodation rates. That too is probably why the weekend is also busy, as normally accommodation is only available on a weekly basis, Saturday to Saturday, but now apartment and chalet owners are taking what they can via the likes of Bookings.com and AirBnB?

A good friend has eight apartments at the bottom of our road in the old Sporting Hotel and he is getting a reasonable number of bookings at the weekends especially with the events on at the Circuit de Glace, so there is a shimmer of light at the end of the tunnel and might bode a little better for the Half Term holidays?

The main car park near to us that serves the Pontillas (Pointless) lift is as busy as a normal day when the lifts are open, as that is also the start of the ski du fond as well as the many snowshoe trails. Plus, as I witness most days, people are ski touring up the pistes from the valley floor.

For the past week or so we've been expecting an announcement from the government that we'd go into lockdown this coming weekend, in advance of the half-term holidays but it has been postponed so it looks like we have at least one more week of relative freedom if there is such a thing currently?

And then if we do go into a national lockdown what will be the parameters of it?

Being purely selfish I'd quite like a 50km 3 hour rule and, obviously, no limitations on the type of exercise. which would be the silver lining for those of us in resort who can ski tour, keeping the fresh powder to ourselves.  I just hope there is not a repeat of the one hour one kilometre rule, which is too severe to contemplate.