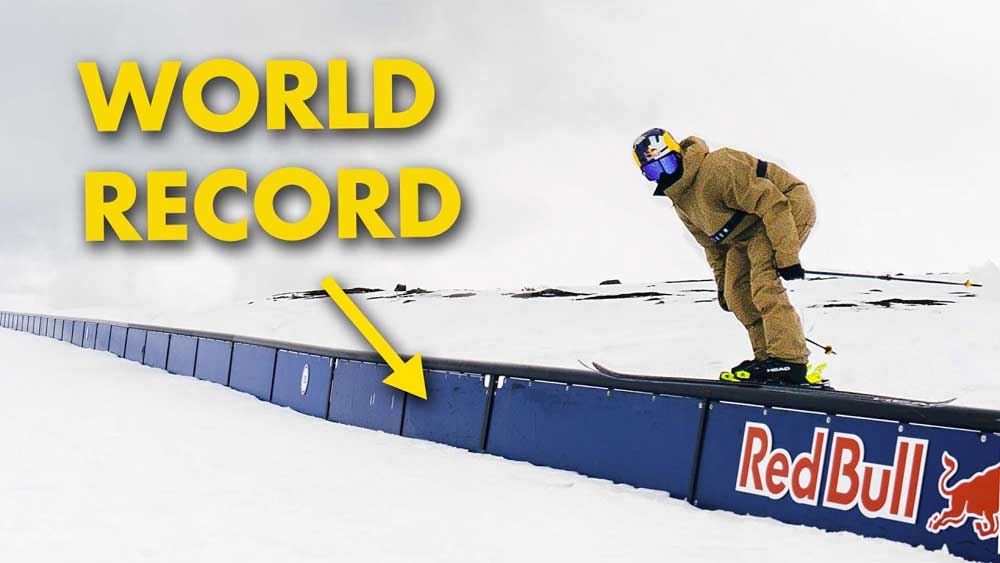 WATCH HOW HE FINALLY NAILED IT

Watch the longest rail grind on skis - and most entertaining -  as freeskier, Jesper Tjäder set a new Guinness World Record in Åre, Sweden.

The 28 year old Olympic medallist and World Cup winner took three days and 127 attempts to successfully slide on his skis down an epically long metal rail for 154,49 metres (506ft 10.3 in) on 9th May.