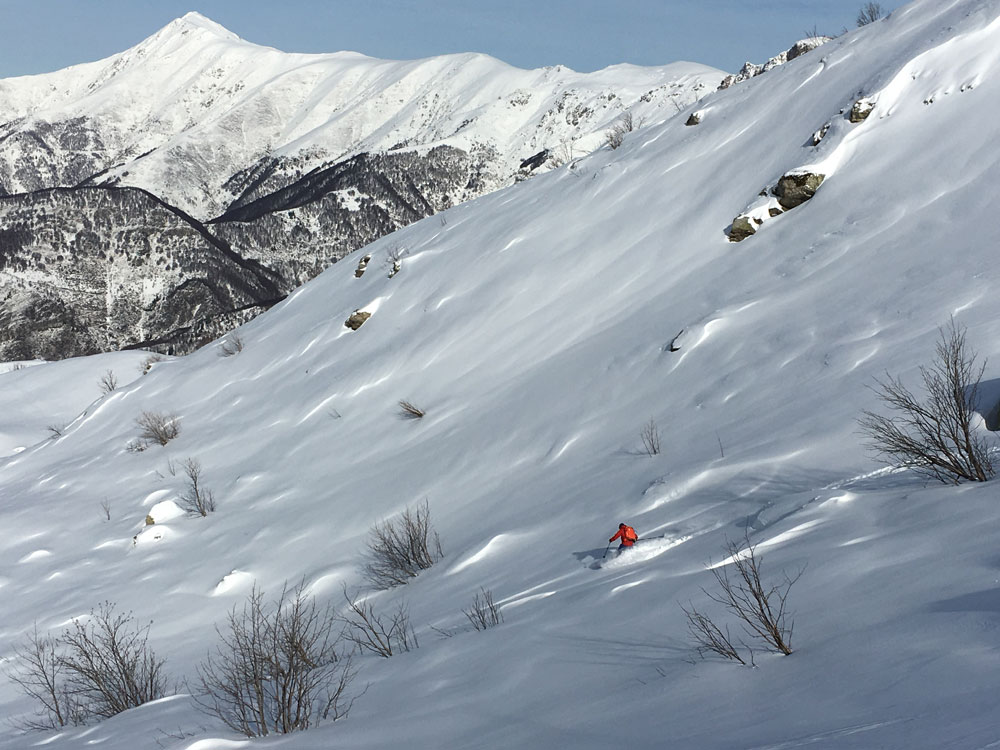 ROAD TRIP CHASING THE ELUSIVE POWDER SO FAR THIS SEASON

So bit of background, a mate and his son along with ski guide Christian Türk (Gadan Guides) were skiing in Aosta and the plan was to keep an eye on a small area of low pressure that was predicted to drop a fair amount of snow in the small Italian resort of Limone Piemonte on the French Italian border about 20km from Cuneo.

About five days before forecasts were predicting all most too much snow, a classic Retour D'Est Genoa Low! But as ever nearer the time so the amounts diminished, but still a welcome 20cm fell the night before so I headed off to hook up with them to ski that rare commodity so far this season, fresh powder!

The plan was also helped along by the fact that I was dropping Elaine Deed off at Turin airport first thing in the morning, so by 11:00 I'd met up with Tim, Jamie and Christian for some lift assisted off piste.

Limone Piemonte turns out is quite a chique resort being so close to Monaco and Nice as well as Cuneo which is evidently a very wealthy town, and you only have to see the shops in the very cute main street and piazza in Limone to see why. It is however only really busy at the weekends and main holiday periods, and it was very quiet when we were there.

I've done a fair bit of skiing with Christian who is, in fact, a Swedish Guide living in Turin over the last few years, mainly ski touring in Val Maira. On meeting up he told me how they'd just bumped into Jurgen another Swedish guide I know from La Grave. He had a group with him that he had collected from Geneva airport the day before, and he too had brought them down to Limone to chase the fresh snow!

We spent the day taking lifts and skiing various lines and then a couple of hikes to get to other areas, fresh snow was in the region of 20-25cms on a very hard icy base, but no complaints!

Christian making tracks for his clients :) 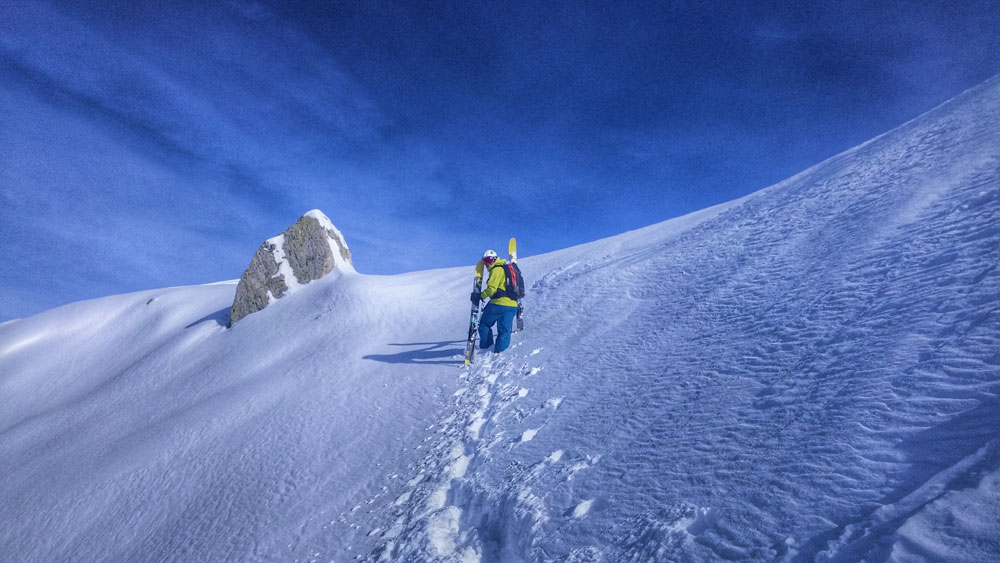 Tim on a sweet descent 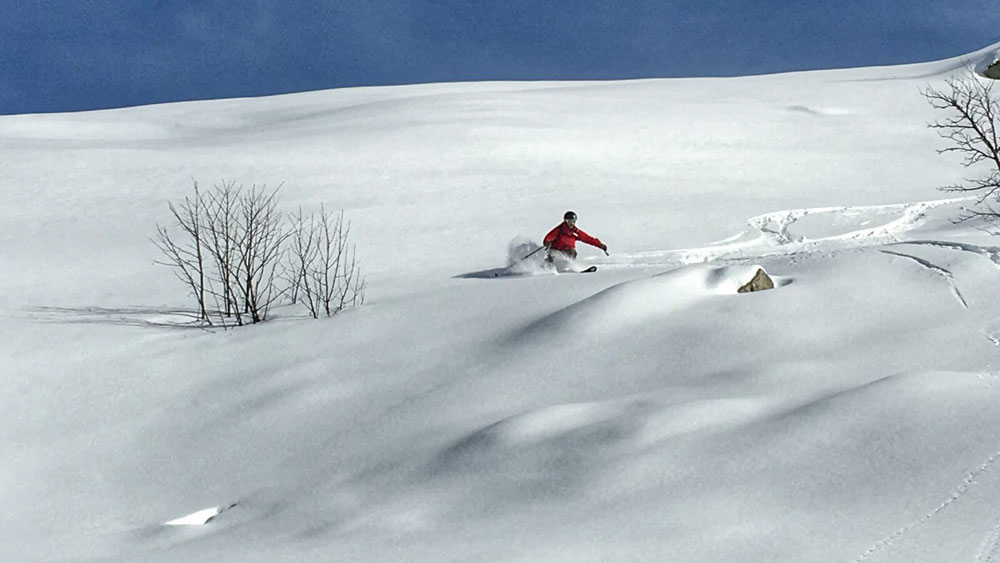 Evidently bit like Japan according to Tim who's been there a fair few times. 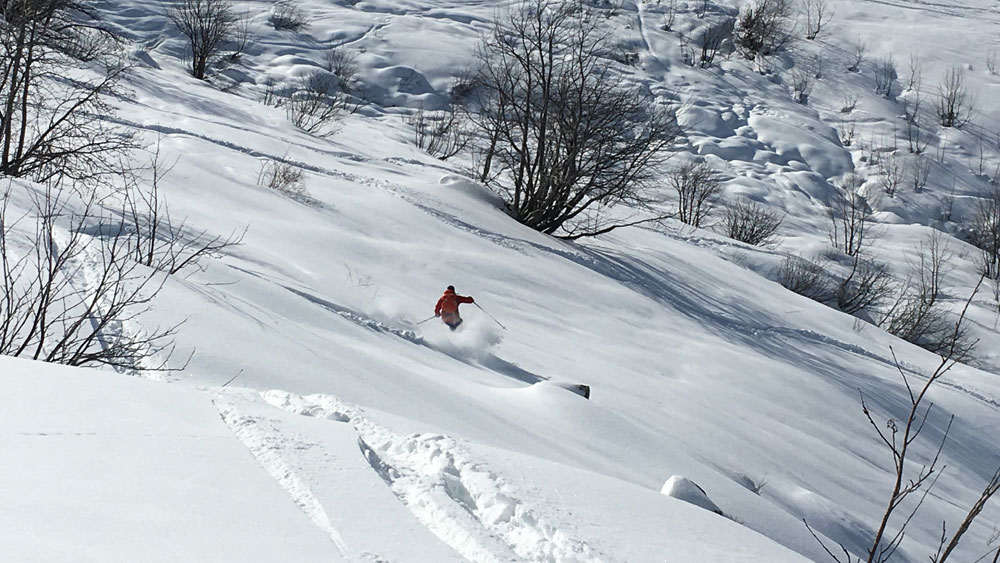 That evening Christian met up with a local Guide he knew and a plan was made for the following day.

Turned out there were a few options of routes as we climbed up and in the end we chose what looked like the betters snow. As it happened snow was so light and was on a very hard icy base so was very easy when climbing for your skis to slip was crampons were the order of the day. 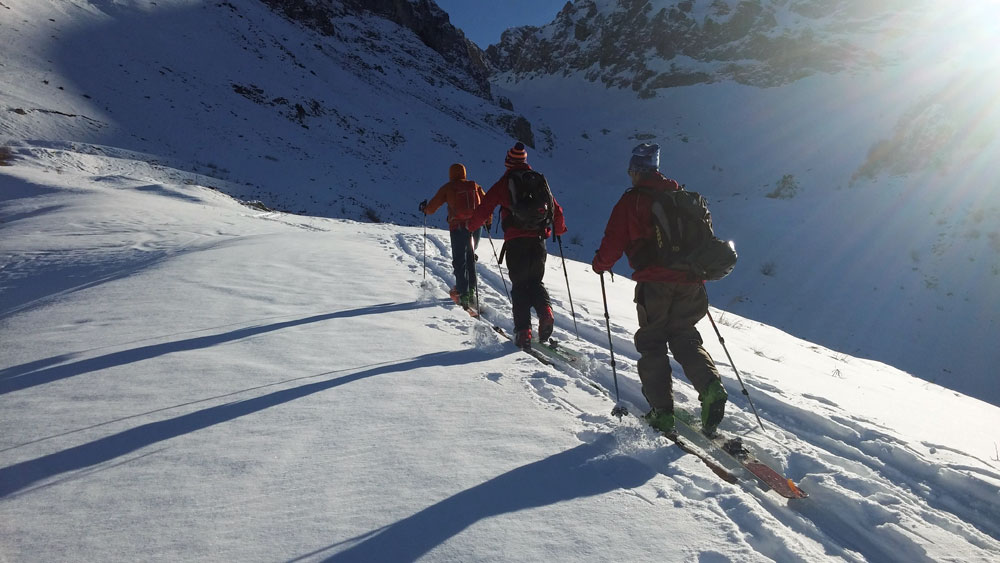 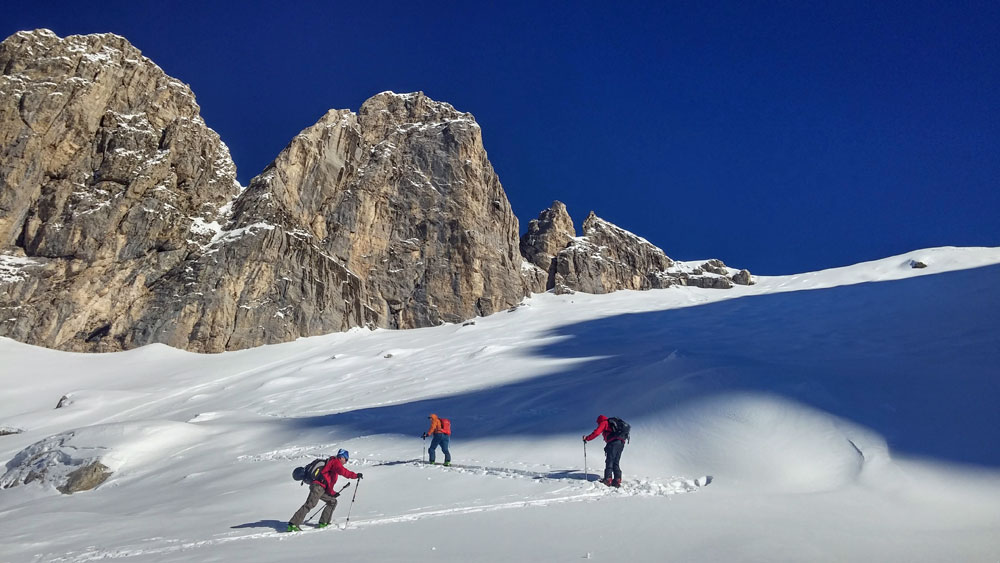 So stats: just over 1,300m of climbing in around five hours, with breaks. 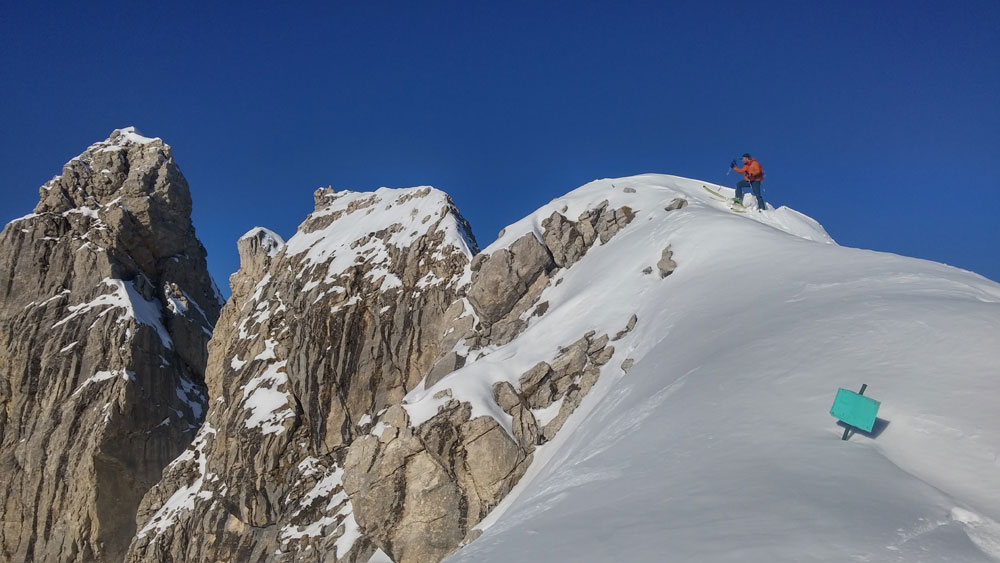 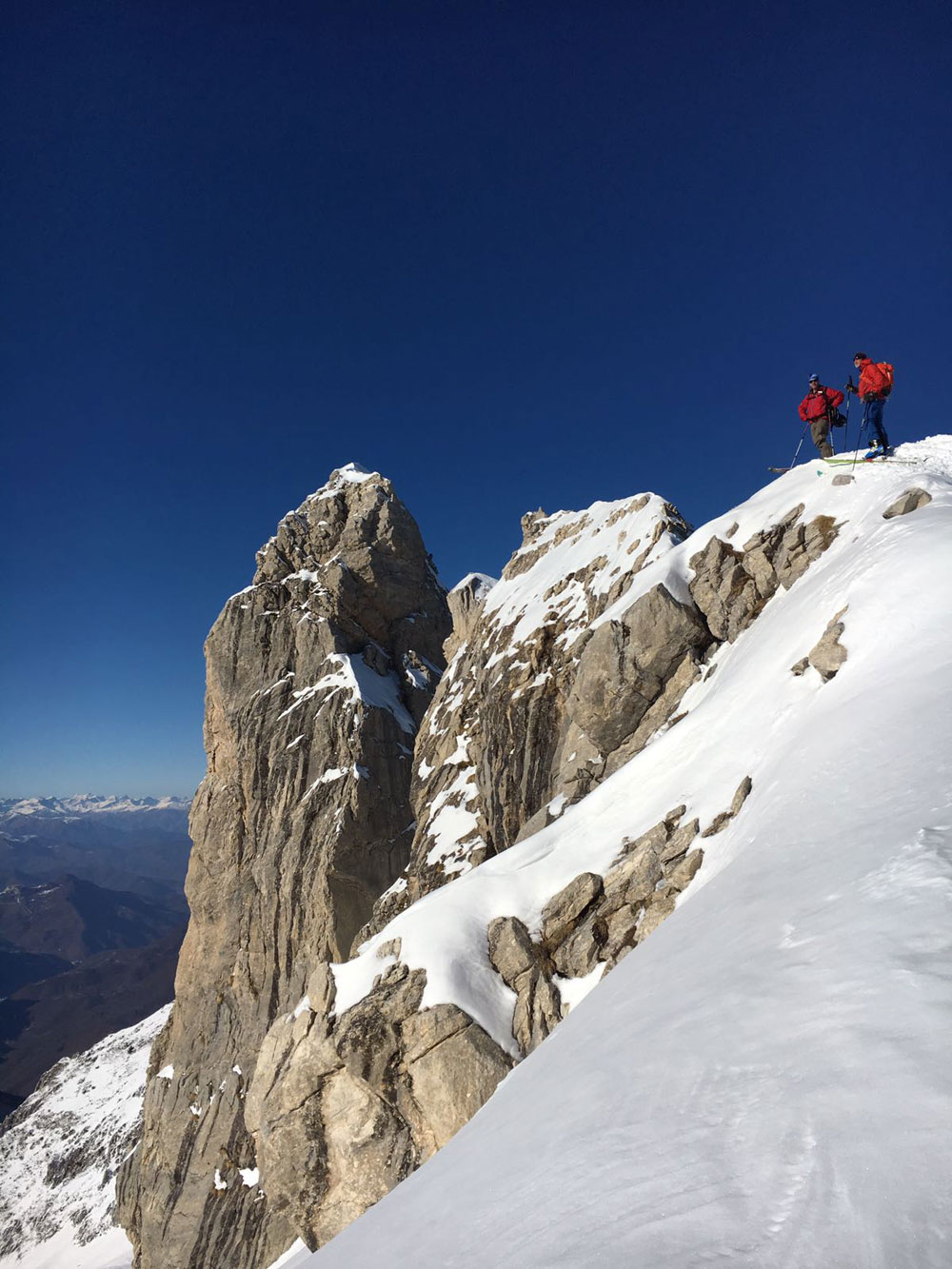 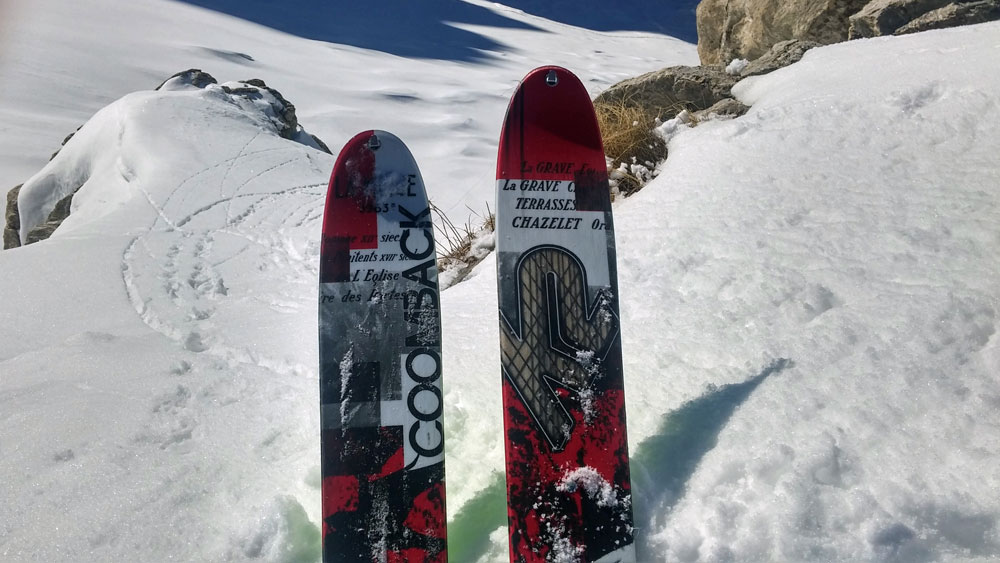 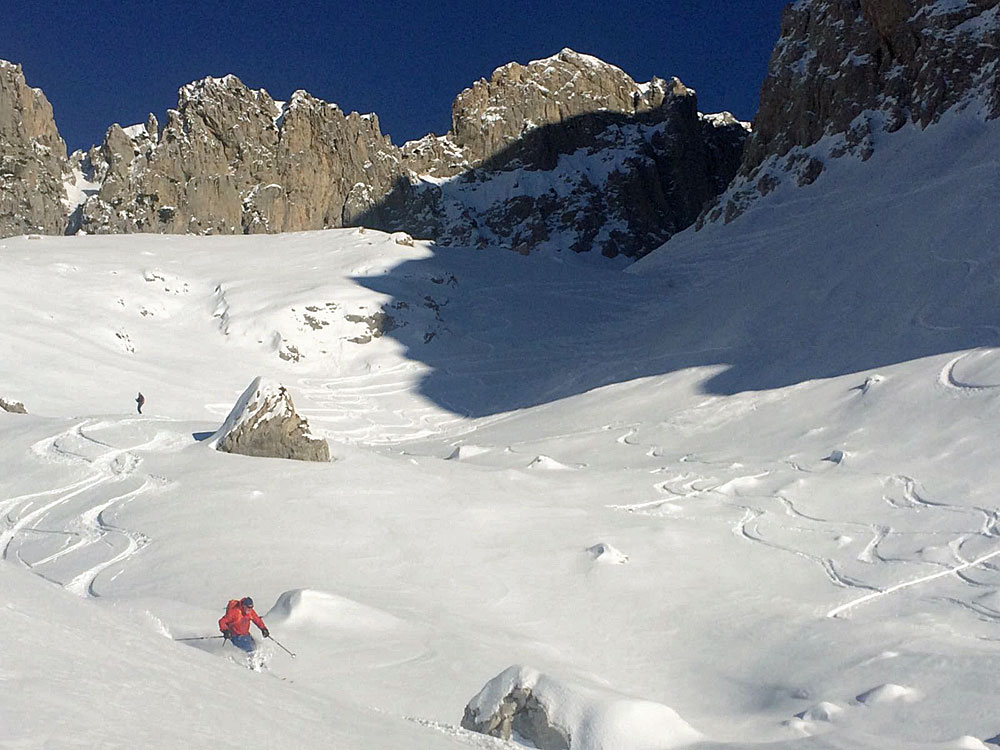 Again thanks to Christian for a great road trip.

We stayed at the Hotel Marguareis