How The Grinch/French Stole Christmas From the Brits 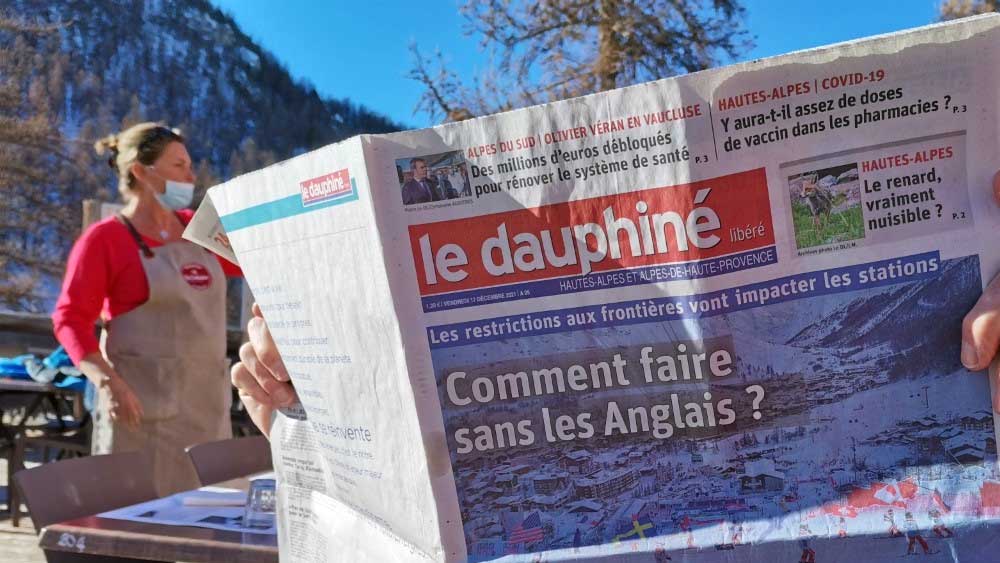 The headline in Le Dauphine says it all, 'What to do without the English?'. The announcement only yesterday that France is closed to Brits from midnight Friday, the day before many are due to arrive for their Christmas week, has sent a shiver through the ski resorts where British skiers and snowboarders are by far the majority of visitors.

There is, also, the fact that the British army are due to return in January, filling hotels and restaurants during what is often a quiet period. There is little doubt that the Army Winter Sports Association will now have to cancel.

The air, rail and roads, today, though have been flooded with Brits making a last-minute dash to France, a tsunami from across the Channel that may or may not bring a wave of Omicron with them. Not that France is without their own cases of Omicron, which according to reports are actually similar to those in the UK with more in hospitals. The UK testing and sequencing is, also, known to be far more thorough than in France, suggesting that the French are greatly underestimating their figures.

You have to feel sorry for all the British families who had planned a white Christmas in France, many returning for the first time in two years. And, also, for the British tour operators having to refund, the hospitality industry in resorts facing all the cancellations, the ski schools now minus the Brits and their kids, the transfer companies...the list goes on and on.

However as the saying goes, "Every cloud has a silver lining" some people that have escaped Dodge and are now in France might well be playing the Covid card to extend their holidays, as their kids' schools can not exactly discipline them if they say that they are having to self isolate in France as a member of the family has contracted Covid and that they are unable to return to the UK!