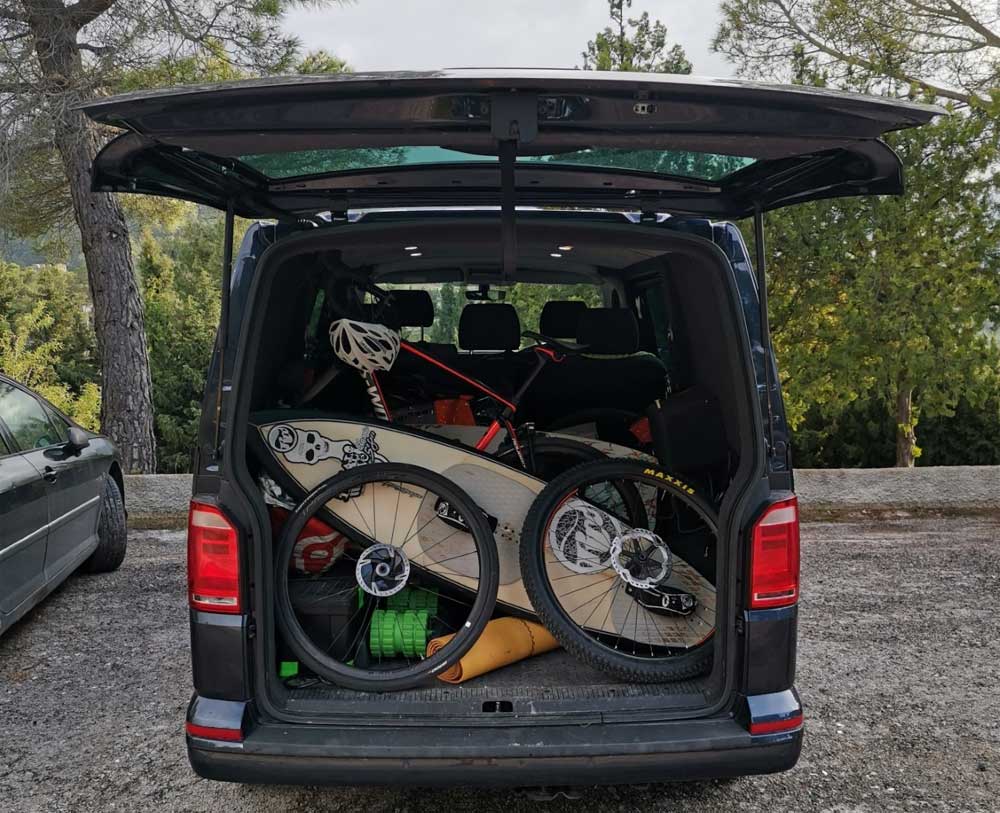 ONE VAN, THREE DOGS AND ALL THE ACTION TOYS

Our Road Trip to Los Canos de Meca in Spain became a Road Drip with epic rain for nearly the whole three day drive. If only we'd had half that precipitation as snow during the winter in the Alps...

After a week with family in the UK, I landed in Marseille on Monday afternoon, greeted by Gav in the van with the three dogs, Ullr the young mountain dog looking as sick as a, er, dog, because travelling is not his thing.

Gav and the dogs had driven down from Serre Che, collecting me en route for our month's trip to Los Canos de Meca, just down the coast from Cadiz. The van was packed to the gunnels, with not only our bags and the dogs' beds but also two bikes, three kitesurf boards and three kites. Oh and I think among all his toys, Gav managed to squeeze a pair of my trail running shoes!

It would have taken Gav an afternoon to precisely pack the van, which I think is a man thing, along with actually owning a toy box on wheels, aka a van. Check out the 14 reasons (yes, 14)  Why A Man Loves His Van. 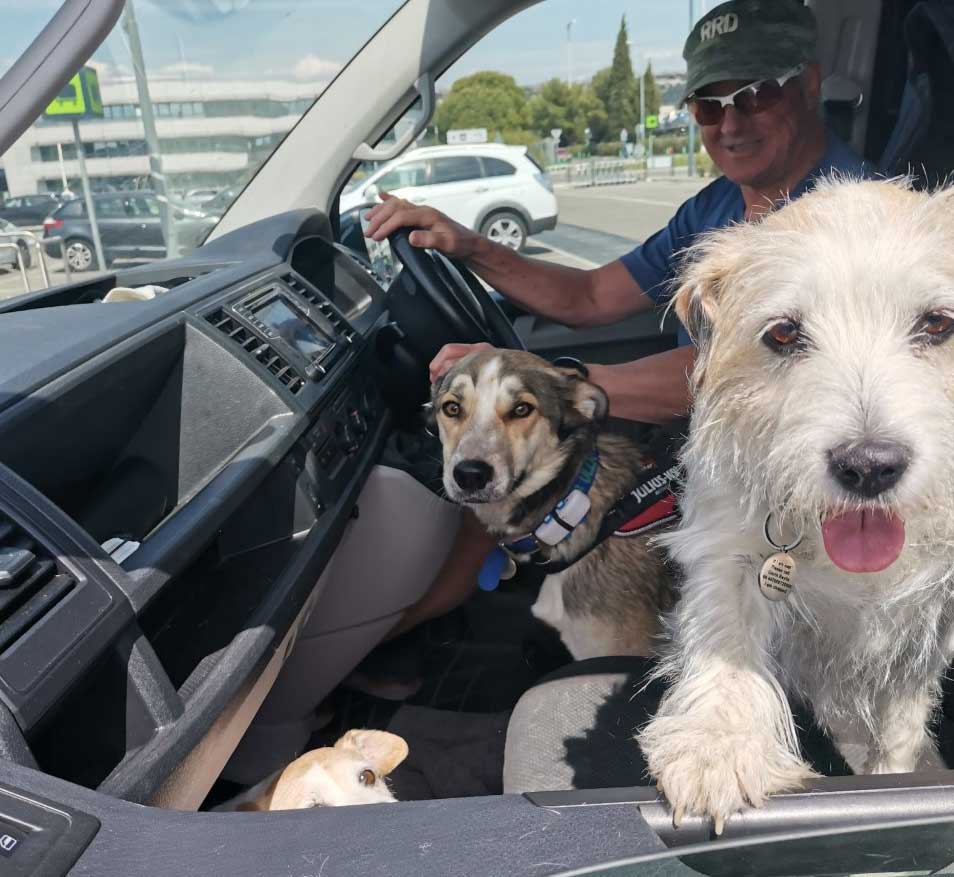 We planned two overnight stops, so a three day drive, the last of which was in epic rain all across Spain. How ironic that we'd prayed for precipitation all winter to give more snow in the Hautes Alpes and, here we were with a month's worth of rain falling in one day. I've never seen Spain look so lush with green fields full of wild flowers and yep, we should have brought the skis to swing a detour to Sierra Nevada.

We choose our stop overs so were were not too far off the motorway but,also, using the essential Booking.com filter, Pets Allowed, because let's face it not everywhere welcomes dogs, especially not three at once. It was a huge bonus, then, to discover the Hotel Mas Torrencito in Parets d'Emporda, 10 minutes off our route, nestled in the countryside, behind a church. We were welcomed, when we pulled up at 6pm, not by the proprietors, but by four hounds, to the complete delight of Ullr, who loves having playmates.

Yep, dogs here are not only allowed but enjoy the complete freedom of the hotel, including the dining room. The owners run it like a big Spanish family hacienda, not only giving the dogs free rein but also letting guests help themselves to beer, sherry and wine, trusting them to write down what they've consumed (if they can remember after a drink or four while awaiting the delicious homely dinner but served in Spanish time at 9.15pm). 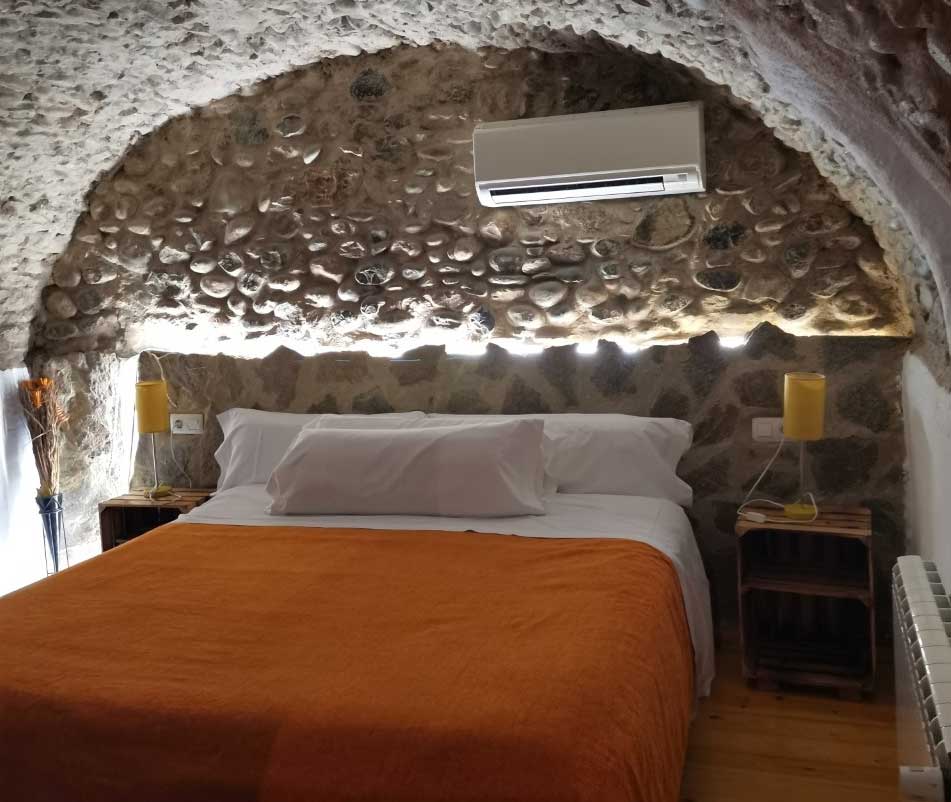 Our en suite room was stunning, with traditional low domed ceiling plus sitting room or should I say, dog room because they all made themselves at home.

The next night we stayed a little further from the motorway, in the Hotel La Escondida in Penaguila, surrounded by stunning countryside, although the view from the terrace was obliterated somewhat by cloud and rain. Here we had a wooden cabin, which was perfect for us and the dogs. Dinner was first class, the staff couldn't be more attentive, but we and another couple were the only guests it being early May.. 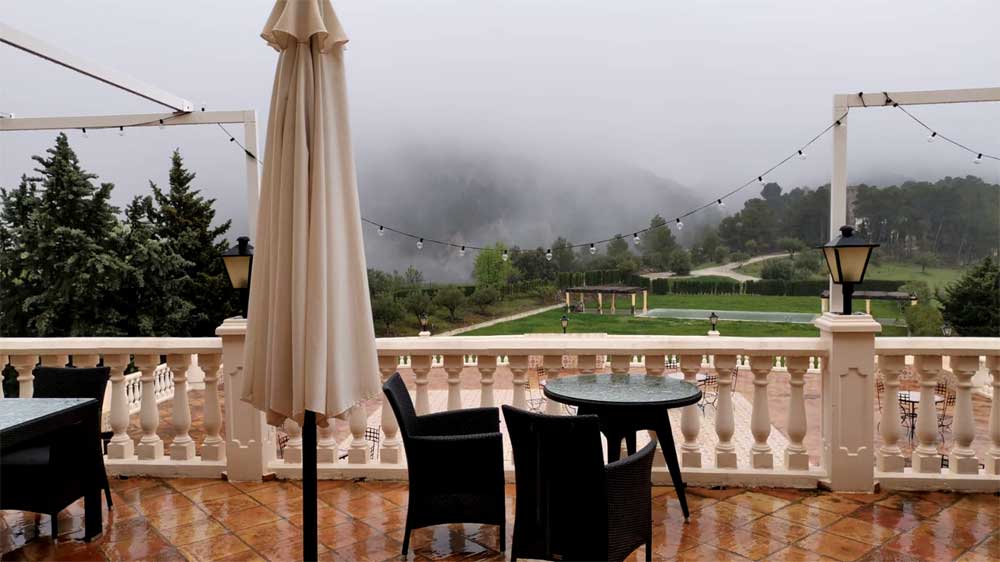 We only found out after, via a sports savvy friend on Facebook, that this is the hotel that Terry Venables created, the sweeping front lawn intended as a football pitch when he was going to run it as a training camp.

So the final leg of the journey of around eight hours took us past the monstrous high rise apartment blocks lining the beaches of Malaga, Torremolinos and Marbella, beyond Gibraltar and across to the gloriously undeveloped coast on the Atlantic side of Spain, where the sandy beaches stretch for miles and the sun is now  finally shining. 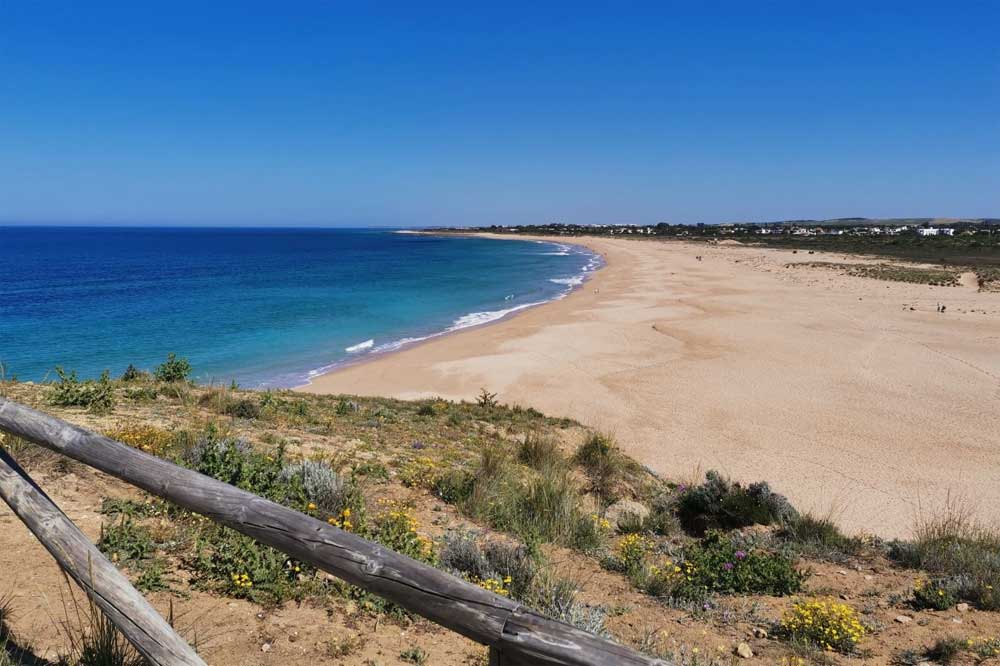