Crossing a few more items off the bucket list 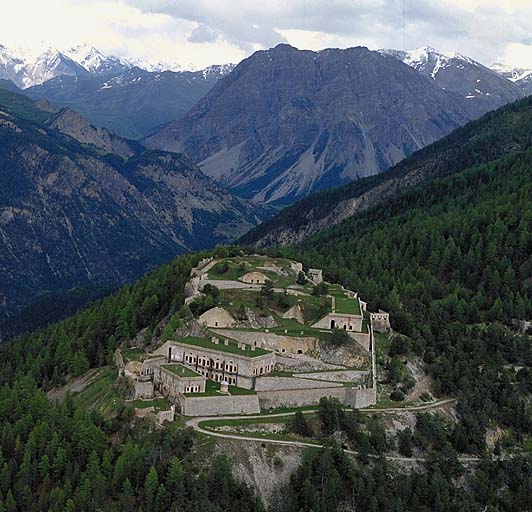 Many mighty Vauban / Napoleonic fortresses surround Serre Chevalier and Briancon, some are easily accessible, but others sit atop mountain summits.

The more remote the fortress the more the chance that you can still gain access to the buildings and rooms within the forts, it really is the stuff of boys' dreams and film location managers!

Over the years I have visited many, either by hiking or gravel/mountain bike.

It's not classic "Col Bagging" as such, though, especially this year with the Tour de France we've literally had 1,000's of cyclists visiting here to cycle the many legendary Cols such as the Galibier and now what with the amazing Stage 11 of the Tour, the Col du Granon, which was never really on anyone's radar before.

And beyond Serre Chevalier, there are some other notable mountain-top structures that are a must for anyone interested in such historical wonders of engineering, including the fortress in the clouds that is Mont Chaberton at 3,131m.

I've cycled, or should I say pushed a mountain bike up from the Italian side as well as hiking up from the French side.

It probably is the Number One item to put on and do from one's bucket list around here! 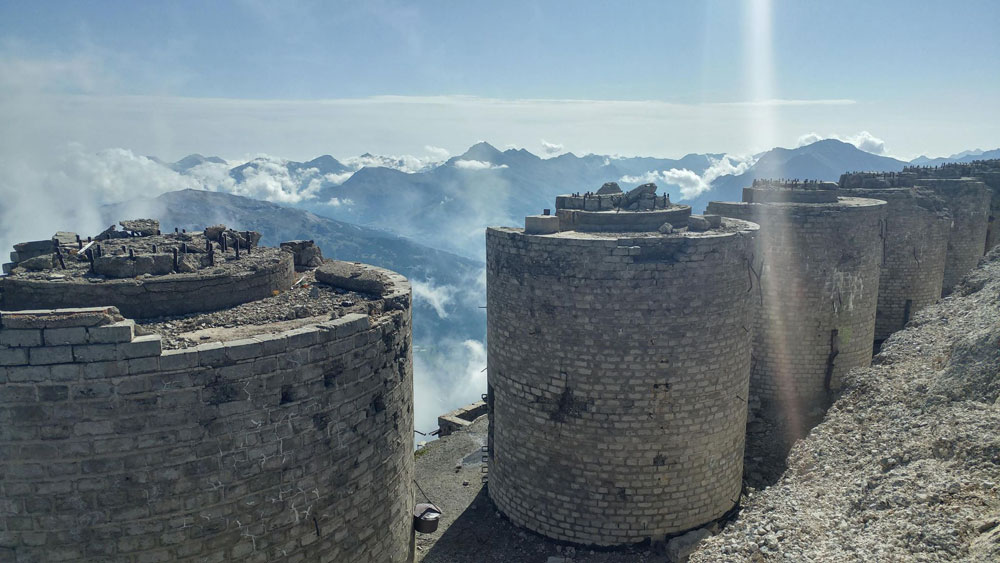 I quickly notched up many other forts around here, twice going to the Fort de la Croix de Bretagne, which is accessed by a gnarly Route Militaire that requires in places a head for heights.

The fortress is huge and you can actually ride through it from top to bottom (main top image) which you can see in the video.

However, beyond the Croix de la Bretagne fort at 2,011m is the poor relative as it were, the not so majestic La Grande Maye at 2,310m, and I've often looked up towards it kicking myself for not going up to it at the same time at the Croix de Bretagne,

So this time armed not with an ordinary MTB but with an Electric Mountain Bike I decided to set-off for not only the Grand Maye but a peak along the ridge from it at 2,500m.

The military road in the last five years it seemed had fallen into even more disrepair, but it was when I tried to go further along the ridge from the Grande Maye that the road had nigh on disappeared totally and I had to hike the last 100m vertical after trying to walk with the bike in a no fall zone which exercised the sphincter a little :)

The ridge route looking back towards La Grande Maye 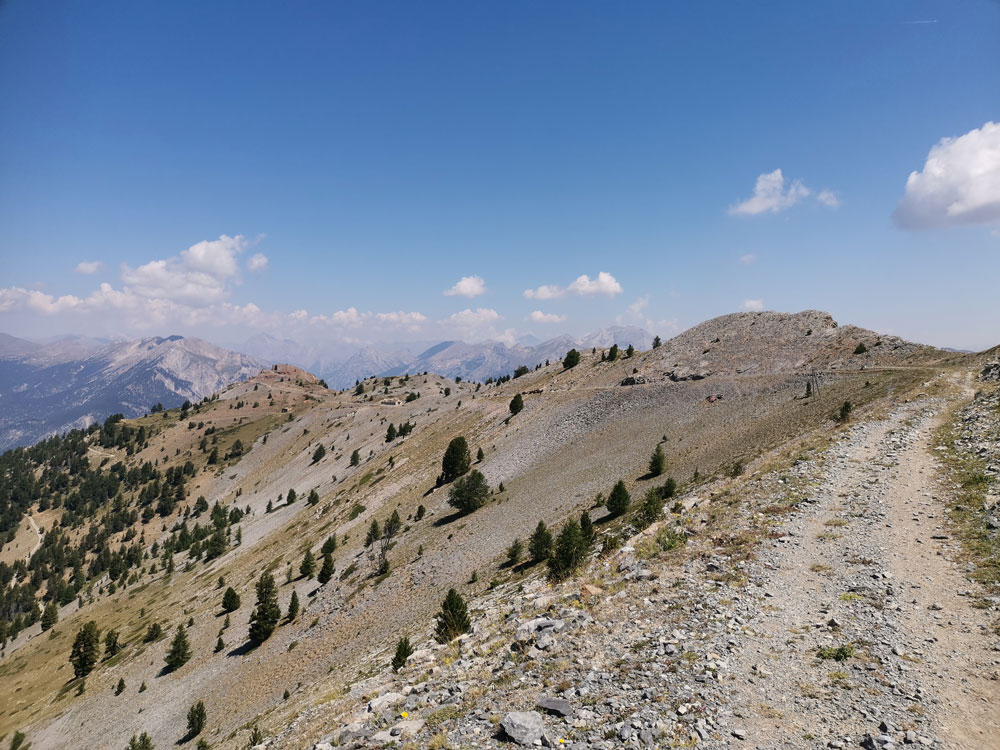 And the route slowly disintegrates the higher you went, until there was hardly a path just a steep slide down the shale field should you lose your footing. 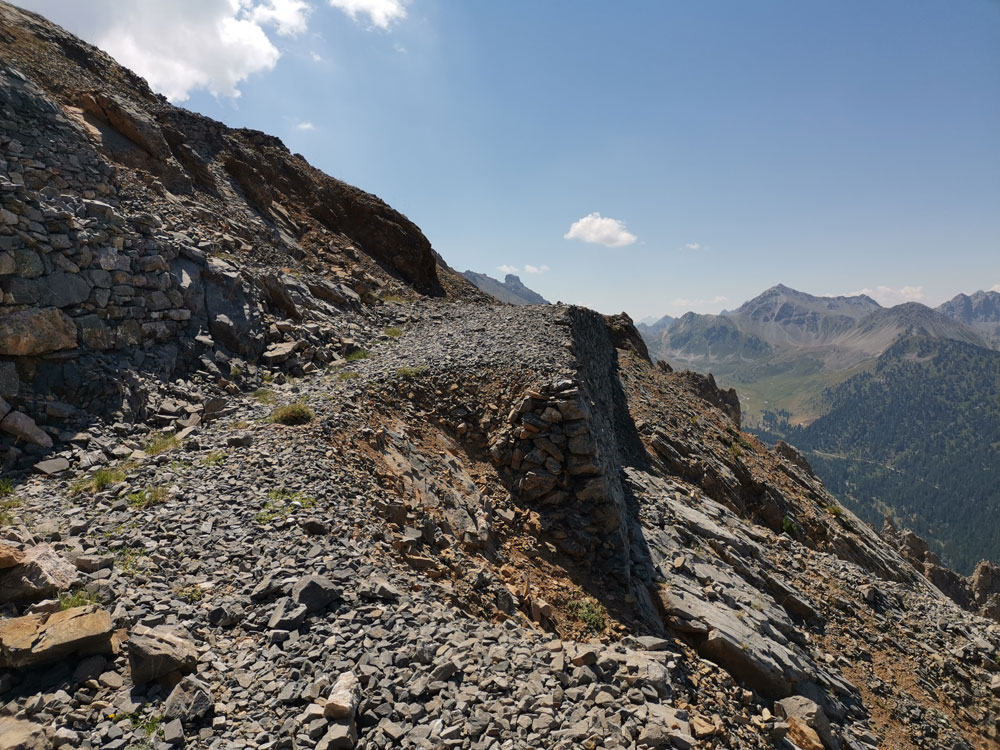 A FATMAP fly-through of the route.

And more images of the Croix de Bretagne Fort

After Mont Chaberton, perhaps the next biggest must-do on my bucket list was the Parpaillon Tunnel.

I first became aware of it by cycling down in and around the Lac Serre Poncon area and a cycle route the Balcons of the Durance when training for the Etape du Tour about five years ago.

The tunnel links the valley of Embrun to that of the Ubaye, and in the past, it was difficult to find out if it was actually open.

One of the issues was that I wanted to include it into a ride similar to the road bike loops I had been doing, except a mountain bike would not be ideal due to having to cycle a large part of the route on the road, so gearing and weight of an MTB would be an issue, in hindsight maybe I should not have sold my gravel bike which I used to knock off a couple of others from my bucket list.

That said I never enjoyed the long descents on a gravel bike, preferring the suspension of a MTB.

So with the EMTB it was just to be a simple up and down to the Parpaillon Tunnel.

The terrain above the treeline was superb, and I always view such terrain with my ski-touring hat on, and I'll definitely be going back there with the skis come winter!

By the time we'd arrived at the tunnel a few motorbikes appeared but on the whole, it was quiet, it was only after we had cycled through the dark of the tunnel to the other side that more vehicles started to appear.

In fact, there was a group of 4x4's on an organised tour run by a German Off-Road Tour company, which I've never seen operate in France only in Italy where the "Strada" are very popular with off-roaders both motorbikes and 4-wheels. And I once had the misfortune to come across about three groups of them when riding up to Monte Fort Jafferau at 2,800m which was another "bucket-list" ride.

On the descent, we encountered more vehicles coming up, and perhaps the strangest one was an immaculate 1960's Mini with Swiss plates. I stopped and had a conversation with him, with him asking if the road became any rougher, this was when he'd already completed about 2/3's of it, he said he was finding it a little difficult, but would carry on!!!

So massive chapeau to him!

At the end, we went and had a drink in the tiny station of Crevoux, what a place that is!

FATMAP fly-through of the climb and terrain.