Advantage of renting skis over buying flying with skis 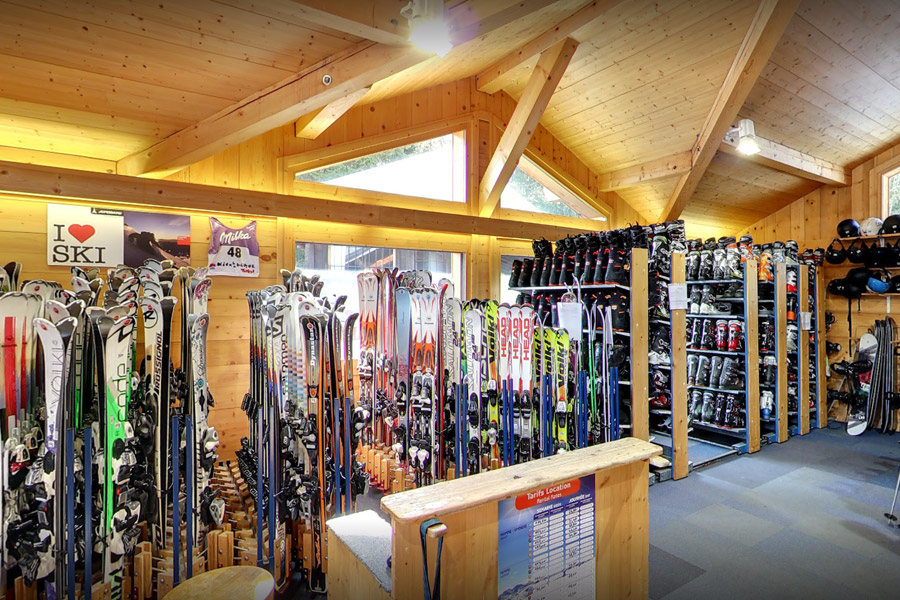 To rent or to buy and fly that is the question

Is it better to hire skis, boots or snowboard equipment in resort every season rather than buy and have new or nearly new skis you can change whenever you want and no ski carriage flight charges?

Is there an advantage to renting skis over buying and then flying with skis?

I think most will know the answer to that question, but like having the latest iPhone when a phone costing two thirds of the price will do the same job, at times we know that all logic can fly out the window.

Times have changed over the last few decades when it comes to owning ski or snowboard gear, or any other sports equipment come to think of it, when considering flying with said equipment.

Many years ago when travelling with windsurfing gear we'd have triple board bags that would take two people to lift, and our logic was that the heavier we made the bag then there was less of a chance of ground staff throwing it around and dinging our precious goods, and all at no extra cost!

Then health and safety started to creep in and our weight was restricted to 32kg a bag and then it seemed that plane holds all of a sudden became smaller and we were limited to nothing over 3m and then as homo sapiens ground staff developed as a species, as they evolved they became weaker and bags were then limited to 23kg.

And, of course, to add to the above, the airlines naturally discovered a new revenue stream and started charging for sports equipment carriage.

As a beginner or someone on your second or even third ski holiday, that invariably is a week at most, then you will have rented, and as you climb the skiing / snowboarding demographic scale and maybe reach the heady world of an intermediate so then you might well have bought your own boots and may be considering buying your own skis.

But let's just pause for a moment and examine the pro's and con's of ski equipment rental as that side of things has certainly changed and that's before you consider the transportation issues above.

Again as I alluded to, as a beginner you really have no idea what the options are and, maybe, you blindly follow the advice that the tour operators and / or friends have given you, or you've ended up here after Googling some phrase to do with how best to rent skis in France.

We all started somewhere and many can probably recall, after a long journey and maybe a nightmare transfer up the mountain to the ski resort, that the nightmare did not stop there, and that was not after seeing your cramped French ski apartment, but the whole experience that was renting your ski equipment.

Just when you were fantasising about a beer to forget the trauma of the journey there you are sitting in some cellar on a bench waiting to be seen to sort out your ski rental equipment; maybe the guy next to you has a beer or two as it's probably his second or third time enduring this excruciating process and he knows how to dull the pain.

And if you have a family in tow then you can multiply the whole stress of the above scenario tenfold.

Chances are you walk out of the shop totally discombobulated, unaware of what you've been given for the week though mildly suspicious that you it's some gear that's not quite right for you due to the inordinate amount of shrugging of French shoulders by the staff and a serious laissez-faire attitude.

You then spend a week attempting to ski on equipment that you never think is quite right, and maybe people questioning you as to why you have those skis?

And that's leaving the boots out of the above equation; in fact many people who do not pursue their skiing journey often cite the whole ski rental experience as one of the reasons why!

So hit the fast forward button to the present day.

For sure you can still end up in a similar situation, especially in a small resort in Bulgaria or still even in France in a tiny low altitude resort at peak season.

However, the Internet as ever can make the process a lot lot smoother, and now one can really question whether buying is a sensible option.

First off, I will still say, if you think you like this skiing / snowboarding malarkey then buy your boots as soon as you see fit; the one big advantage is that at the time of writing this you are not charged for their transportation, and if needs must you can always pack them as I do on long trips in hand baggage as I can always rent skis if they're lost but not necessarily boots specific to me.

There are now large franchise chains of stores, such as Intersport, who will have upwards of 10 or more stores in the large ski stations in the likes of Les 3 Vallées or l'Espace Killy. While these shops are independently owned they do have to all maintain a stock of ski rental equipment that is generic to the Intersport brand meeting the standards and quality that they demand.

So what's that all mean?

Basically from the comfort of your home, you can click on the English Version of the InterSport website - and there are other similar operations I should add - and then very easily, select your resort, and a store close to your residence and then the dates.

You will be provided with numerous packages depending on your ability, choosing if you need boots and helmet, etc.

Then on arrival, you rock up to the store and, hopefully, all will be in order. But I would be irresponsible to suggest that at the height of the French holidays it will always be a smooth transaction, just remember that first in the queue early in the morning is always a good strategy!

There are also plenty of Intersport discount codes floating around the Internet so be sure to do a search for those.

What are the advantages?

A few weeks back I visited the mighty 'ski factory' that is Val Thorens, I knew the off-piste was non-existent and I'd be only skiing pistes; for sure I could have skied the pistes on my all mountain skis, but I wanted to take the opportunity to see what it would be like to rent piste specific skis. Now there is a more detailed report on that here, in short, I was encouraged to go back and forth trying various skis out, and more importantly it was an opportunity that having my own skis I'd be unable to do.

For the long weekend of skiing (as above) which is becoming more popular what with cheap flights, Airbnb; weekend warriors are managing to get away with just taking hand baggage (with their boots), and maybe one other bag,  wearing most of their ski gear and then pre-renting their skis rather than pay upwards of €45 each way for airline ski carriage.

Then on arrival in resort, they can easily change their weapon of choice depending on the snowpack as their weekend progresses, so when the piste is pure corduroy it's a dedicated slalom ski and then a 10cm dusting overnight, it's into the shop early to exchange (better the night before if you're sure of the weather) for an all mountain ski.

It's not rocket science to see the obvious advantage in economics, and once you start drilling down further looking at the savings over renting vs buying new skis and bindings and the subsequent depreciation over the course of three years because by then your lovely new skis will no longer be state of the art, bit like your expensive iPhone. then the figures do stack up in favour of renting.

And again if you apply family metrics to the renting vs buying the cost savings are probably enormous along with a greatly reduced stress factor as little Johnie is never going to be happy with his elder sister's pink K2 hand-me-downs.