Powder Hounds Sniffing Out The Powder In Chamonix 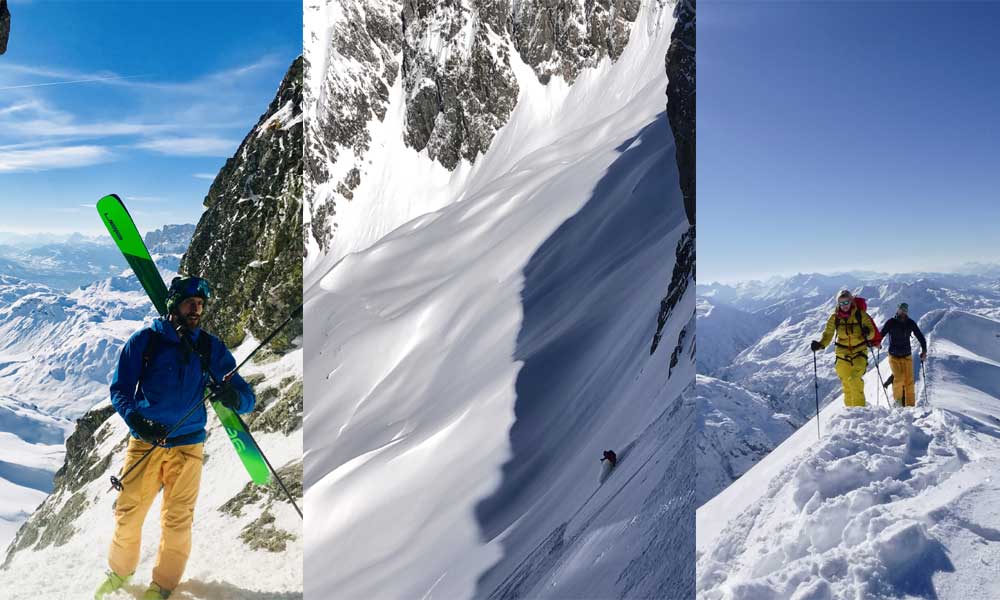 When all the side and slackcountry is skied out it's time for powder hounds to sniff out the fresh untracked further afield - with some effort and creativity. And crampons...

Our Ski Contributor, Jonathan Bingham is a semi-seasonaire, the ultimate weekend warrior, living in the UK but renting an apartment in Entrèves, perfectly positioned for sniffing out the powder whether on the Courmayeur or Chamonix sides of the Mont Blanc tunnel...

As Courmayeur and the rest of Aosta Valley continue to have a dry spell there's no need to panic just yet especially as all you need to do is head under the Mont Blanc tunnel and you can still score some great powder turns in the Chamonix Valley if you're prepared to put some effort in and be a little creative.

I have received videos just today and they are still skiing great powder as its been cold and snow stability has enabled more and more routes to be skied.

Last weekend we decided to head over to Flegere and explore what is becoming a Chamonix classic but head up to the lesser skied Breche de Berard. I have done this routes a number of times but had a report from a good friend that conditions were good and its a spectacular route with awesome views and I thought it would be great training for my wife Tracy as it involves some steep skinning (kickturn practise), use of boot crampons which can only help with transitioning and familiarity for the spring tours.

The route takes you initially up and over the Col Crochues a combination of skinning and climbing. From the top you descend and traverse towards the Col de Berard but continue further down the slope before climbing the ridge and enter the Breche (Keyhole).

Its then a faboulous 1500m descent into the Berard Valley in what was great open powder fields before joining the track that takes you into Buet.

A quick beer and train ride brings you back to the Chamonix Valley. 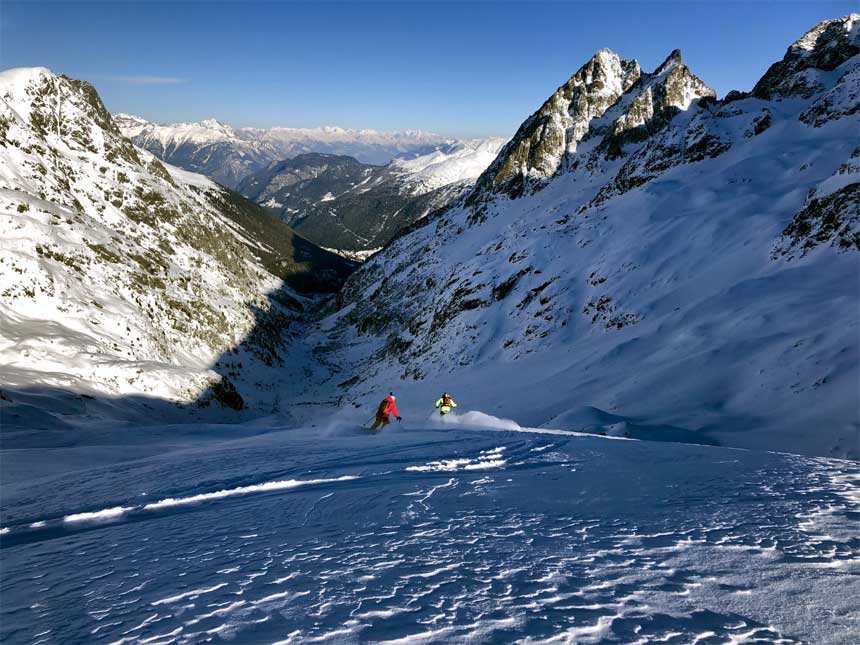 PS. Make sure you check you have your transceiver before you go ski touring Bro next time!