Saharan Sand and the impact to Spring Ski Touring 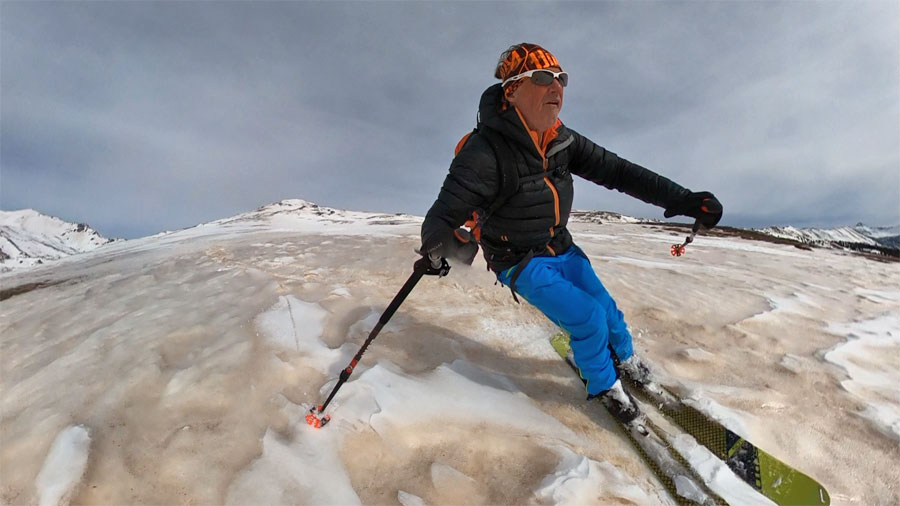 Ever since we had the Saharan / Sable sand that was carried by a Sirocco wind and rained down upon us a couple of weeks ago the red/brown tinge to the snow has been far more prevalent on the south facing slopes, even after a 10cm snow-fall top up last week.

It seems that the sand is absorbing the heat of the sun and accelerating the melt process.

As I ski toured up from La Salle heading towards the Granon road and on to La Gardiole,I broke out of the trees to see the red snow was everywhere. It seems to have it's own unique melt to it in that tiny puddles of water were present within the sand, so much so that where the surrounding white snow was still frozen the orange sand was well on the way to a full melt.

My concern is that the patches of orange snow will propagate across the whole mountain as the melt cycle increases with the warmer temps that are forecast for the next week or so.

You only have to look across the mountain to see these areas. 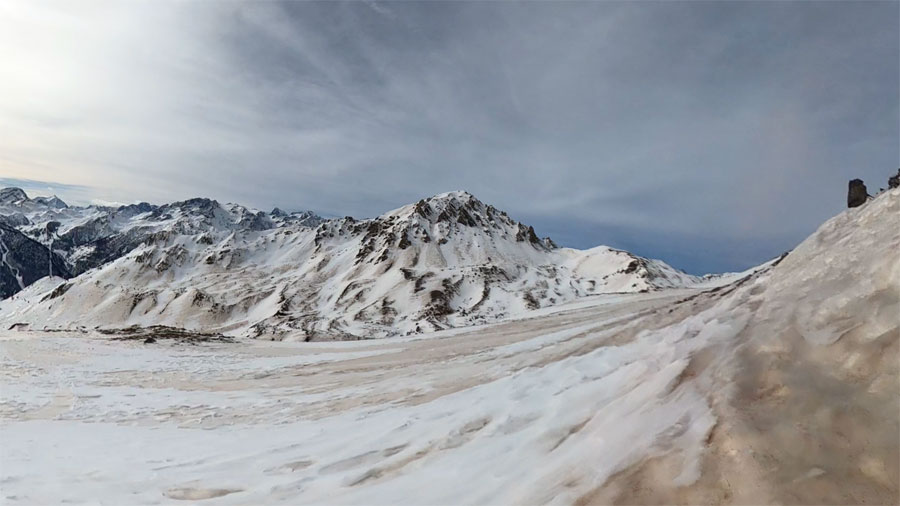 It certainly made for some challenging skiing yesterday, as while there were large swathes of normal snow you could ski a line on, sooner or later you had to ski the wet snow and it was not very pleasant.

We really need a good dump to bury this away from the sun that will only get stronger as we near the end of February, but I fear this will not happen.

You can hear and see how bad it is to ski in the video below.