Serre Chevalier at the epicenter of the cycling world 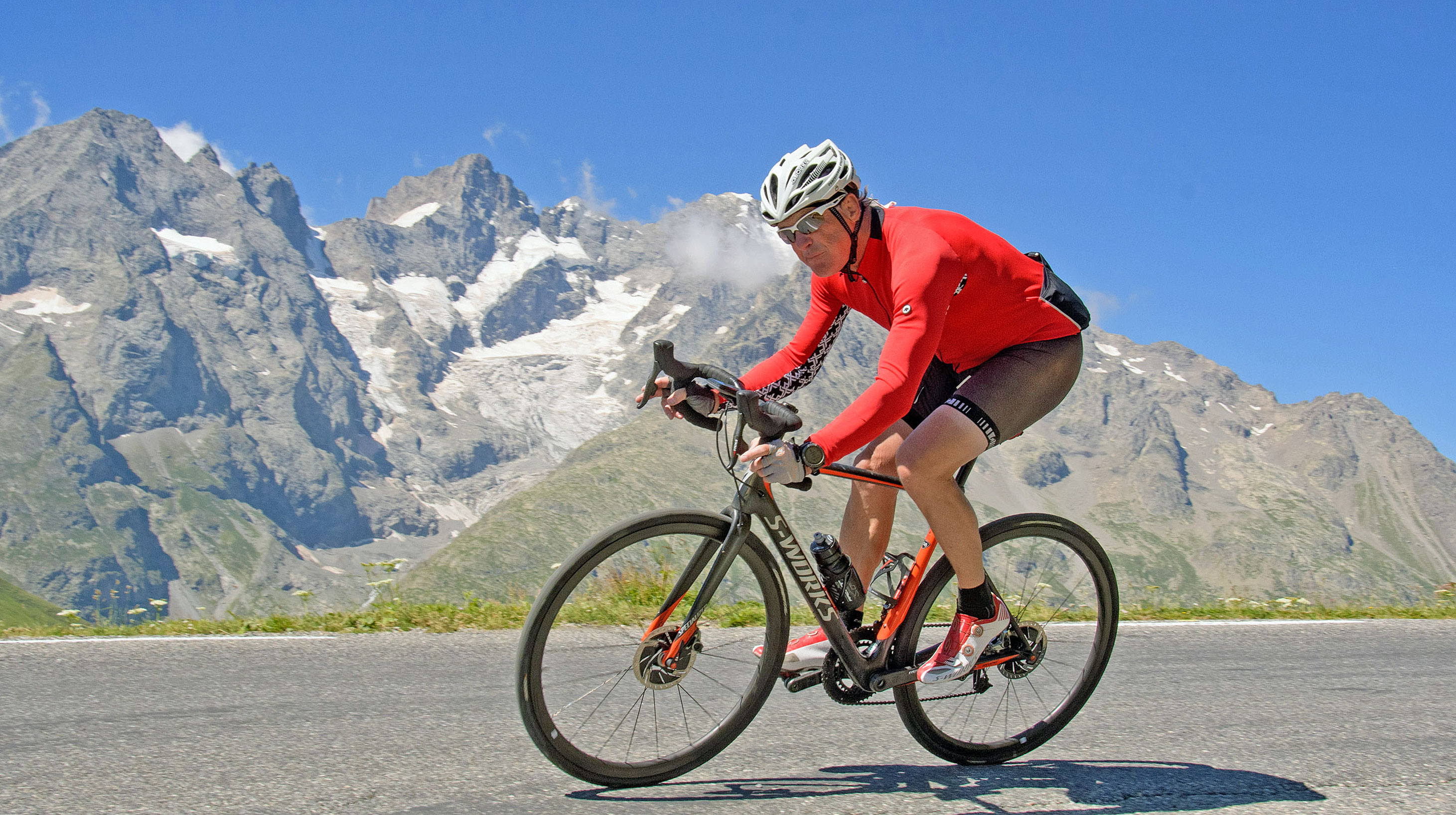 Not too sure my legs will keep going

What a week it's been and there's more to look forward to with Serre Chevalier, the epicentre of the cycling world as the world's media and TDF arrive this week...

It really doesn't get much better than the past week, with glorious cycling conditions over some of the most momentous cycling terrain you can ride on.

The build-up to the Tour de France continued after the Critérium du Dauphiné started right outside Style Altitude HQ with the cols reserves this past week.

I passed on doing the Col Agnel on Monday, so we started with the Col du Izoard on Tuesday, with Elaine running up to the col and down from Le Laus.

We drove to Le Laus from Serre Chevalier arriving just before 09:00 when the Col was closed, much to the frustration of a few cars and Motos.

Then it was a sublime climb to the col. I always say it every year, that people would pay serious money to be able to have the mountain to themselves like this.

Part of the strategy of cycling from Le Laus is that you have time to cycle up and over the col and descend down to Brunisard (where the road is closed) via the Casse Deserte, then turn round and cycle back up and over and have another cracking descent.

The following day it was the turn of the Granon, when I ended up cycling the last 7 or so km with a far younger and fitter cyclist, which resulted in some PBs along with one of the faster descent times for the day.

The weather was superb with hardly a cloud in the sky and the next day it was the turn of the Galibier, and again a similar strategy to the Izoard in that I drive to where the road is officially closed, the Col du Lautaret, and then cycle up and over and back again, managing two superb descents.

The only issue was that as I drove up I could see that the Galibier was shrouded in a blanket of cloud. 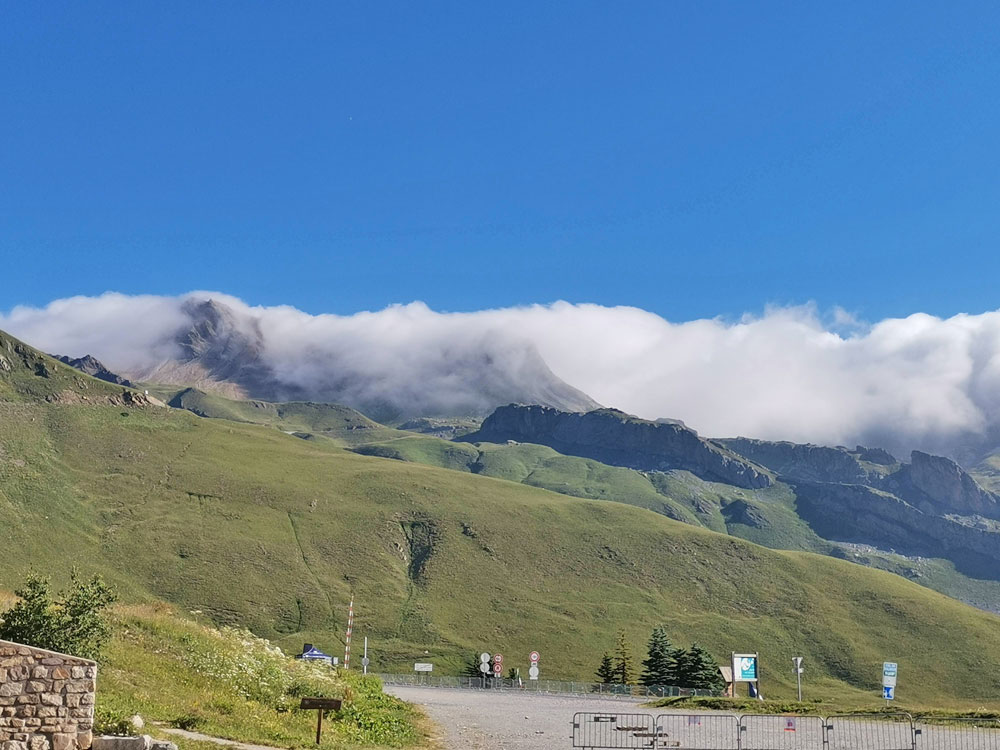 Fortunately, the cloud lifted as I neared the summit. 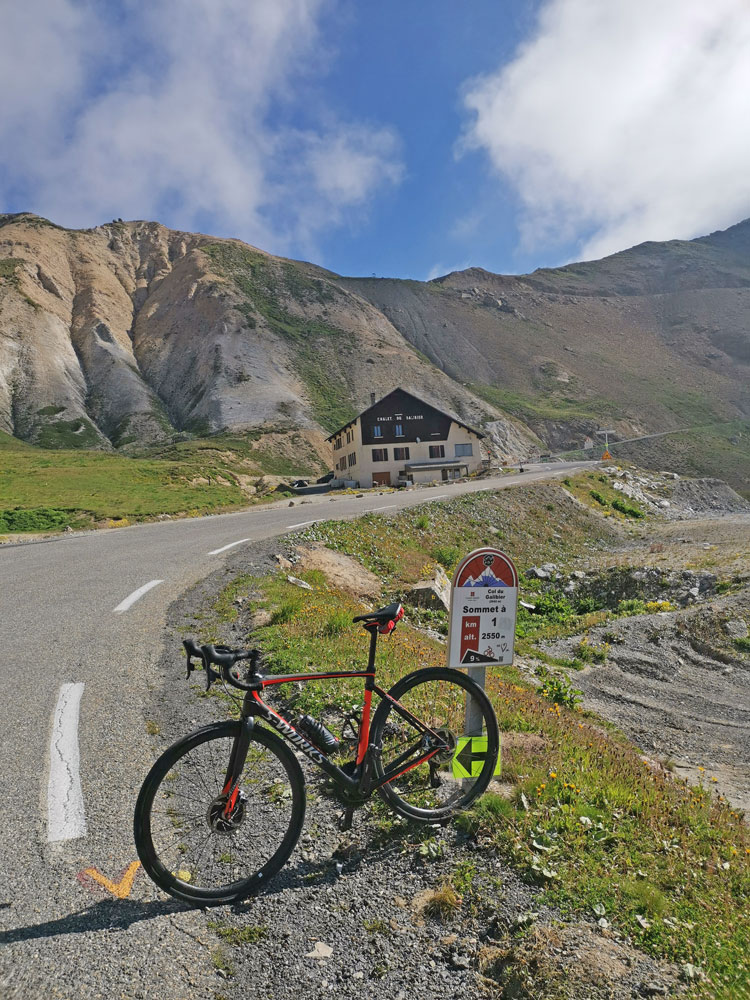 There were not too many people at the summit as I carried on over, but by the time I came back up from the other side, it was far busier as cyclists were starting to arrive in the valley for the L'Étape du Tour and had chosen the Galibier as a warm-up. 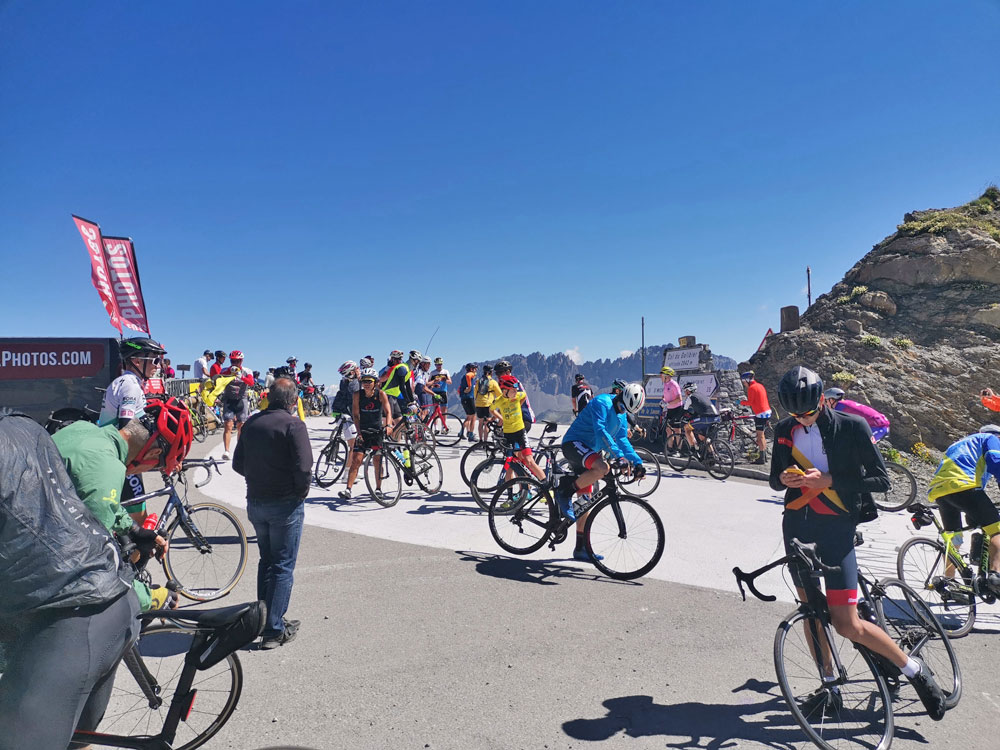 That evening a friend, Jon, arrived for the L'Étape du Tour and the next day, after he registered at the Exhibitio,n we drove over and left his van at the bottom of the Alpe d'Huez. We then had a very long hot ride back in the afternoon, though, at least, helped by a good tail-wind.

Saturday we relaxed by swimming in the refreshing Bio Pool. which is near the Pontillas lift, along with some yoga and stretching.

The next morning, we were awoken by people cheering as the first of the Étape riders were cycling along the road below.

We went down to see Jon cycle past then I prepared my gear and went down about an hour later just as the last riders were going through.

I cycled hard deciding to ride just to the Lautaret trying to push for a good time. In hindsight, I should have left earlier and mixed it up with one of the fast chain gangs, as it happened I was on my own pushing just outside the red zone.

In the end I manged my 7th fastest time out of 82 ascents and all of the faster times were helped by a tail-wind.