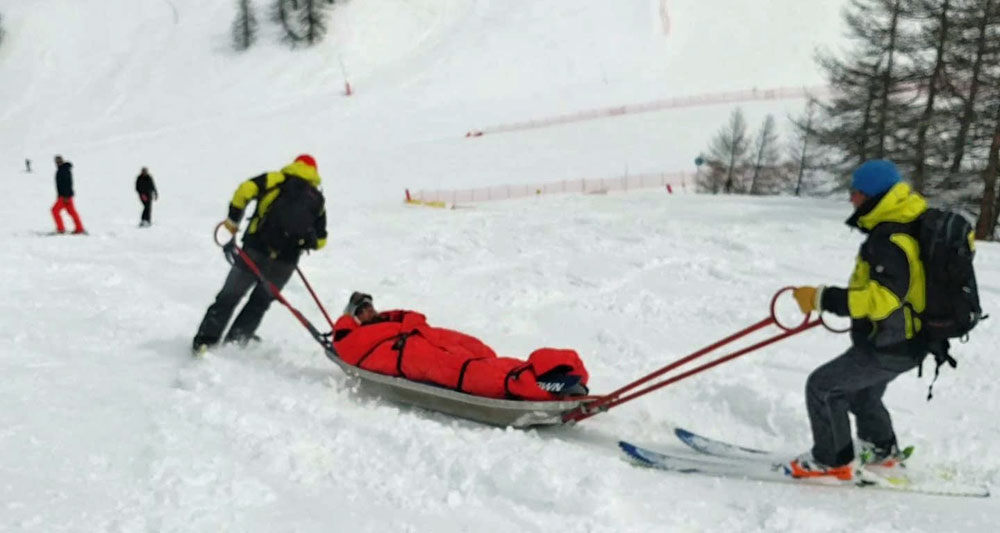 The snow snakes are lying in wait, this spring, under crusted, heavy and grabby snow. Yesterday, after 10cms of fresh up the hill,and not ideal off piste conditions, they pounced again...

Barely had the 'ink dried' on yesterday's guest ski blog by Alf Alderson about getting helied off the mountain over the back of La Plagne and there we were chasing a blood wagon down the pistes at Serre Che.

There'd been around 10cms of fresh and the sun came out at midday so a small group of us headed up the hill. Our first descent was down the relatively steep off piste slope under the Clot Gauthier chair. There was a crust under the layer of fresh like snow snakes lurking to pounce so it was debatable as to how much to let the skis go.

Steve decided that speed was his friend no matter what but, as it turned out, speed was the kind of friend who urges you to 'go faster' and then laughs as you stack it. A bit like Gav. So when the snow snake pounced near the bottom of the slope where maybe the snow was slightly warmer, Steve was travelling at quite a pace and stacked it spectacularly.

Unfortunately his new fat skis didn't come off and the snow snake had a mightly grip resulting in a classic knee twist and the blood wagon back down the mountain. A thousand or so euros later, with x-ray and drugs, Steve (image below from last week's happier bluebird day) is on crutches with a ruptured ACL and damaged lateral ligaments. So that's the season over and just when he'd invested in an avy kit for ski touring.

That's three skiing friends this winter with ruptured ACLs (two of them off piste). And then there's Alf Alderson who's just had his MRI results and, yep, ACL ruptured. Gav, who did his a few years ago and had keyhole surgery on both knees, is setting up shop hiring out his knee braces, cyro cuff and crutches. 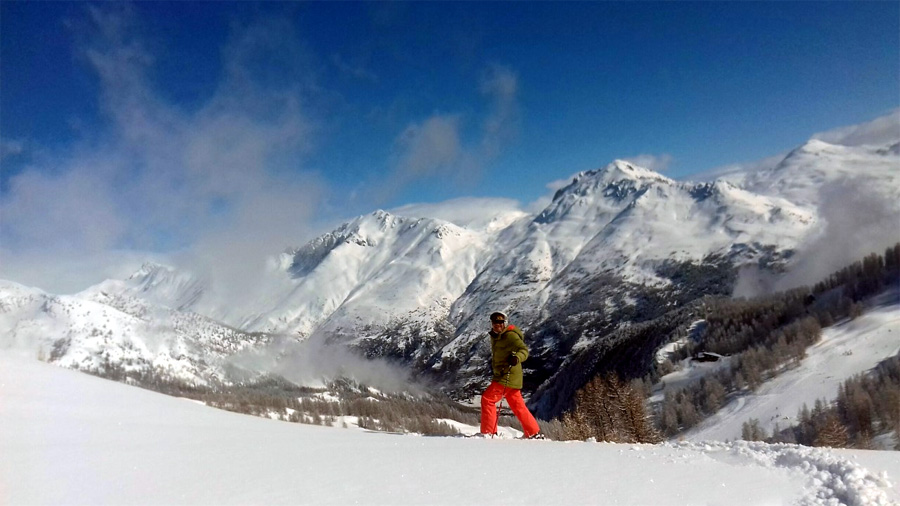