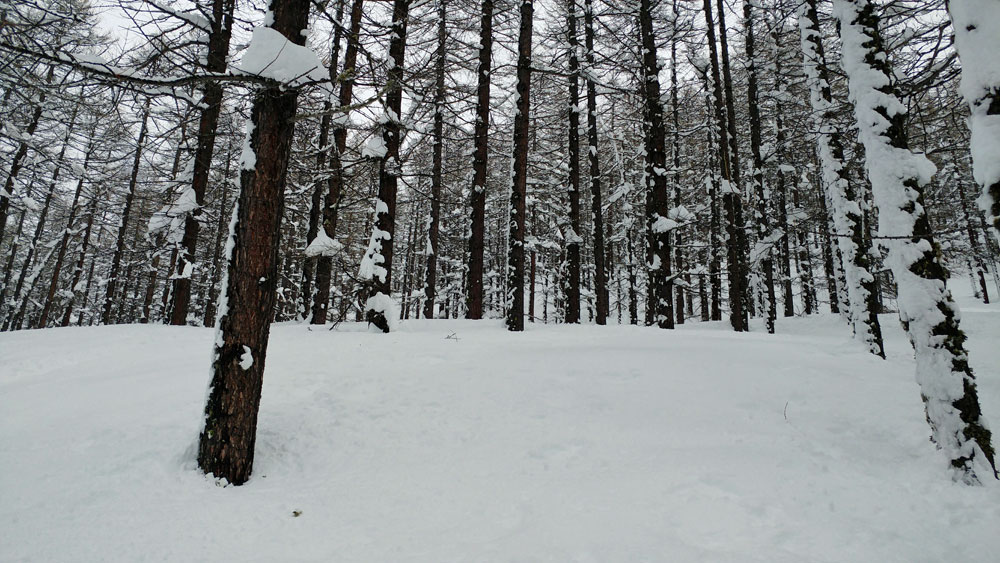 A cunning plan. Why not make a detour to make the most of the retour? The next day cycling and then spring touring.

In a normal season we would have been ski touring these past five or six weeks with the occasional powder day. but this is no ordinary season.

It does seem, however ,that we are on some sort of payback for all the powder days we've had this season and, whereas Serre Chevalier will boast that they have more days of sunshine than any other ski resort, that has not been the case, and we've been lucky to see more than two sunny days in a row.

In fact, last week, I cycled up to the Col du Lautaret and was speaking to Fred who runs the cafe there and mentioned to him that another Retour d'Est was on the cards and he replied that he'd just want a Retour de Soleil!

With another Retour d'Est in the forecasts we were concentrating on the options. The forecast for Abries in the Queyras was for around a metre of snow and temps -4C, but the cams Wednesday onwards were simply not showing those conditions.

While checking the cams out in Abries I was also looking at the resort that can't be named, in the Piedmont, a mere 70mins from Turin airport and it was having a battering with the latest Retour dEst.

I had to take Elaine to Turin early Friday morning, so I devised a cunning plan. Why not do a detour home to make the most of the retour!

We left Serre early Friday morning with heavy snow falling and the drive up and over Montgenevre was more like winter with the van deciding to go for a slide on a roundabout by the obelisk.

The final 15km drive up to Prali (whoops) is very gnarly, steep and narrow and it was like the depths of winter, with over a 120cms of new snow.

Vis was not too bad with low cloud intermingled with brighter patches and the occasional glimpse of sunshine. This was my third time there, and first without a guide, though last time with him we skied lines under the chair lift. The second time the snow was not at all good off piste and we skied slushy snow on the piste.

There could have been  only around 30 people equally split between freerider skiers and snowboarders. In the car park I saw a few French reg cars from our part of the world.

First run, I sort of stuck to what I knew but ventured away more into the trees as under the chair was quite chopped up, with nigh on 50cm deep tracks! It was deep, though has to be said, that we're nigh on in the middle of April and, at 2200m, it was never going to be light cold powder but I did put my poles in to see just how much fresh and could not touch the layer below! 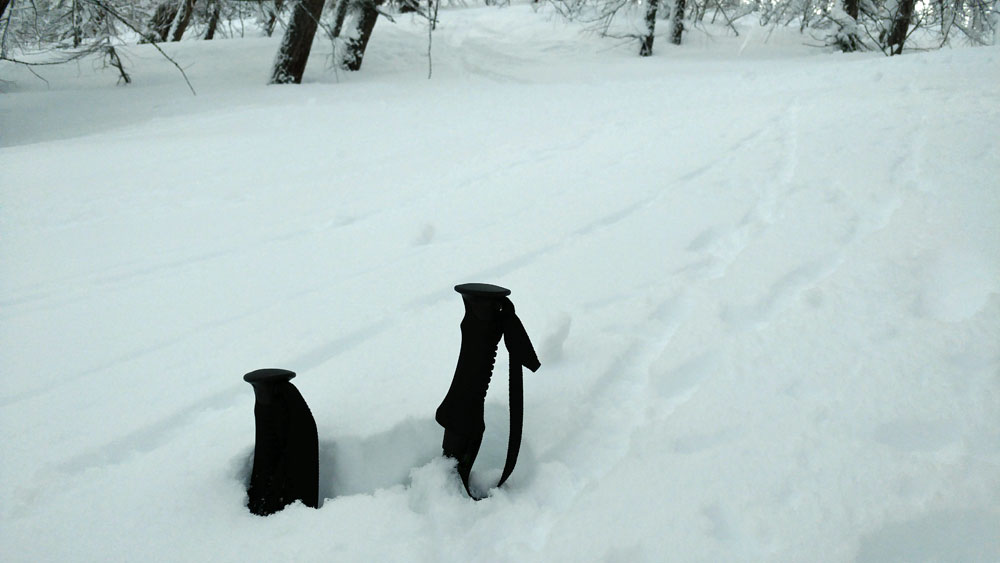 There are not that many pistes and they sort of border the freeride zones in the forest. What was really good was that lower down, as the snow became heavy, you just traversed out and got back on the piste to ski to the lift.

I really enjoy finding a line in new terrain that I don't know; it's a sort of sixth sense trying to recognise what might be good/work and, more importantly, where could be bad. With that much fresh snow I was on the cautious side, and was packing skins in case I screwed up.

I was tempted to skin up the piste from the top of the chair lift to access more untracked terrain but could see that they were working on the drag lift and, sure enough, it eventually started up.

That then opened up more terrain and my last run, as the weather started clearing, was a big traverse. I headed down in the trees, sniffing out a line, this time well away from the pistes. 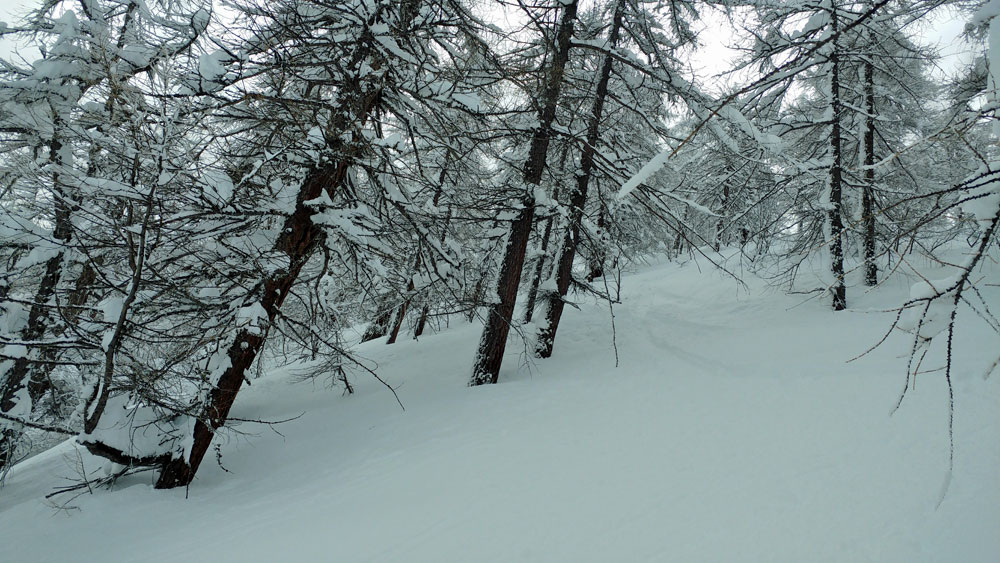 This was a big route taking me all the way down to the valley bottom and then a 15 minute walk back out. The snow for the last 250m was classic spring sludge.

As I was packing up, nine or so skiers in three groups also came along the road, so I was quite chuffed to have worked out that route, which must be a bit of a classic.

There is so much terrain there and the second chair would open up even more. There's one whole section where I've never been, but I'll be back for sure!

That was on Friday. I awoke on Saturday to another dank miserable day. The weather slowly brightened up so I decided to go for a ride, and back up to Montgenevre to where the van had a little slide the day before!

This time the roads were dry and it was a pleasant ride, though on a Saturday the roads are far busier than a week day. 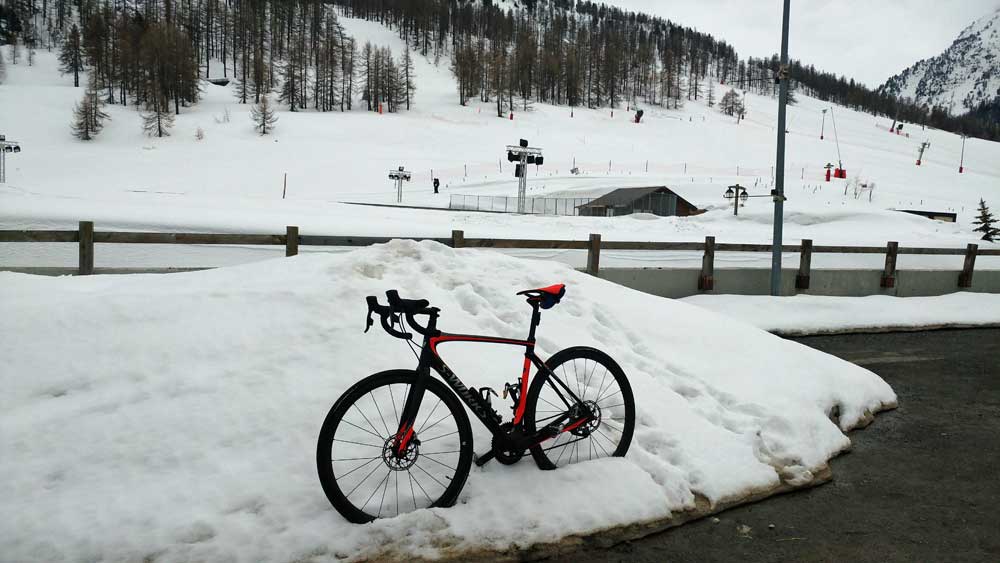 Sunday morning and I'd decided on a ski tour with the Rando Chiens, I was going to head to Cervières and take a look at the conditions up towards La Chau but the weather down that way looked very overcast while here it did look brighter so I opted for the Gardiole (again).

Parking was at around 1550m as the road still has a lot of snow, so it will be a very long time until we can drive to where we were stopping this time last year. I was initially encouraged as I nearly slipped over on black ice. however, as I climbed up from Les Tronchets on a slightly different route, I was semi-alarmed at the snow pack. It was obvious there had not been much of a refreeze an,d essentiall,y it was thin frozen crust on top of deep rotten snow, so not ideal for skiing.

As I climbed so the conditions were more encouraging but a chill wind kicked in and it was on with gloves and an additional layer. Atop oft the summit I did wait but it was past noon and I didn't want to be too late coming down.

The top section had not transformed (again) but lower down was sweet corn spring snow. All too soon I started to encounter the rotten snow and had to ski very carefully.

Hopefully this rotten snow will not be an issue, but I have my doubts as we will need some very significant overnight freezes for the deep snow to transform and the forecast does not look promising.

Even the Rando Chiens found the rotten snow hard going but on the firmer spring snow they had no problems staying with me. 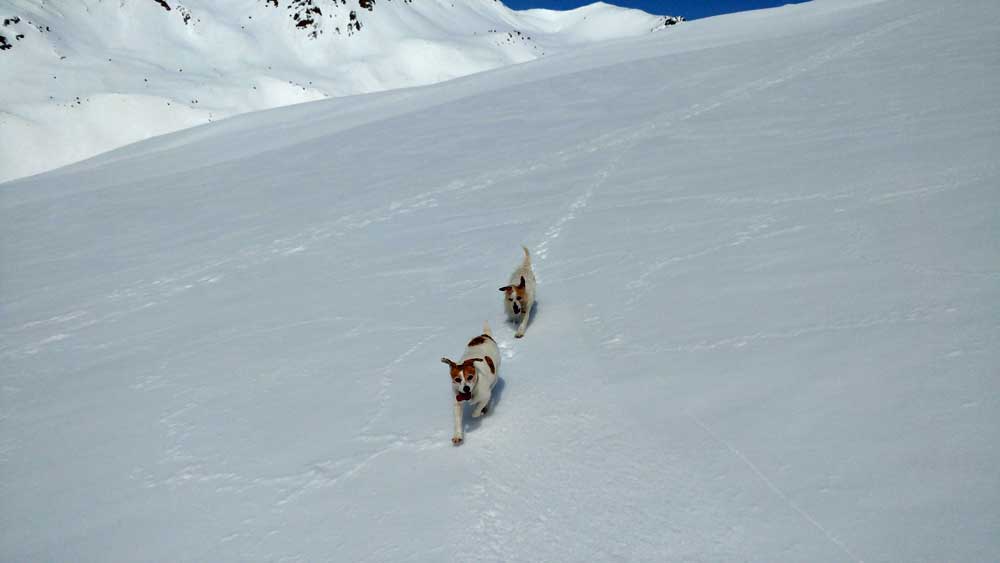 And the usual summit photo :) 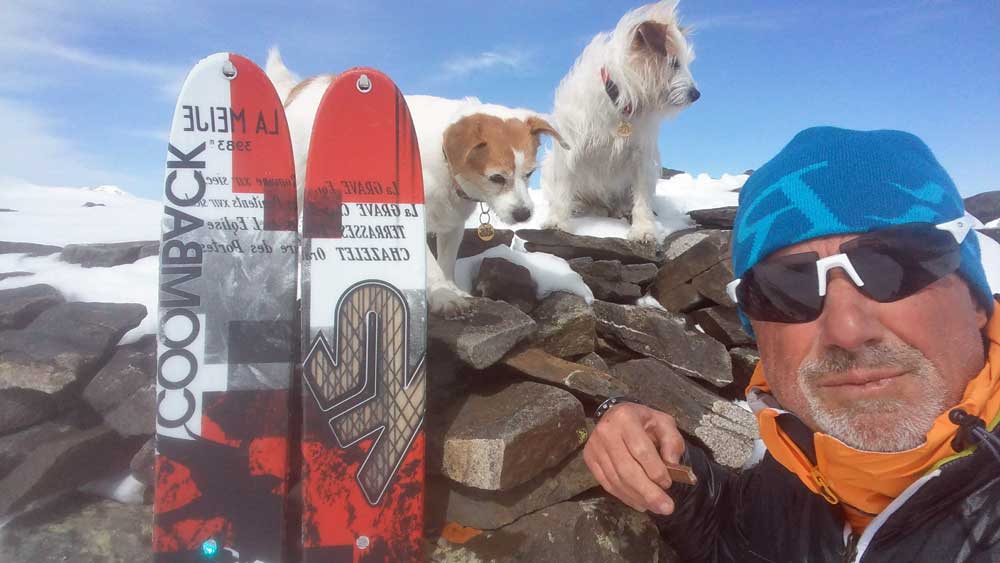