COWID-19 The Dog's Perspective on Life in Serre Chevalier 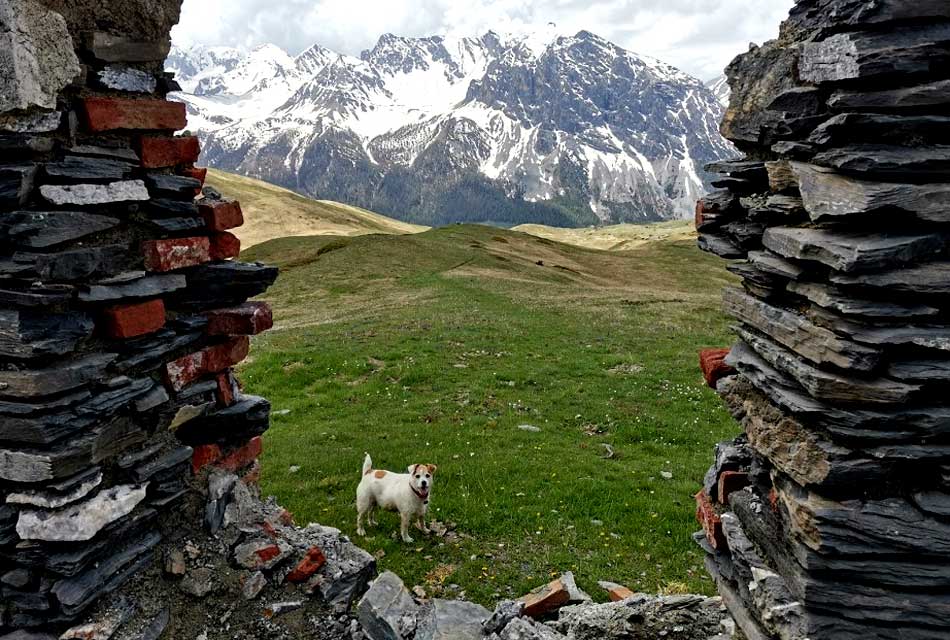 Now the marmottes are out in full whistling force it's game on for us Jack Russells. It's like Whac-A-Mole but we have more fear of catching the Humans' COVID-19 than we do a marmotte...

We have this game, it's like Whac-A-Mole but with marmottes. The idea is that when we go for our walks in the mountains around Serre Chevalier, one marmotte stands sentry on a rock above their den, watching us and then they whistle loudly, which is when it's game on. We run in their direction as fast as we can and, fft, they disappear down their hole, only for another to pop up a hundred metres away.

As well as a great game it's good practice for the marmottes protecting their homes from danger, good fun for us chasing over the hills - and good for this thing they call social distancing. Go down a marmotte's hole? Have you seen the claws on those creatures? It'd become a game of Shred-A-Jack.

Sometimes we see marmottes before they whistle scampering off in the distance. It's like a game of tag only we can never catch them because they disappear down their holes triumphantly shouting 'home'.. But we're always on the lookout so, the other day, when we suddenly saw what appeared to be a group of marmottes scuttling around a hill ahead we yelped we're 'it'.

But they were a lot further away than we figured - and it was only as we came up against some knobbly knees that we realised that what we thought were marmottes were actually big brown creatures with horns. Cows. So then it was our turn to leg it in the opposite direction.

And learn an important lesson about perspective.