Week 7 End of Lockdown in France and Final Ski Tour? 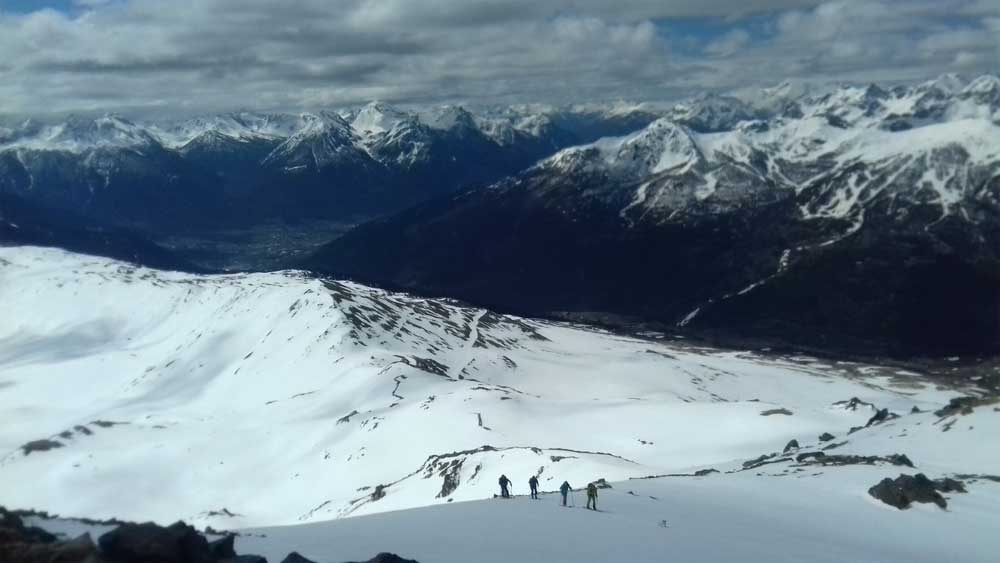 France has unveiled plans for AD, After Deconfinement allowing more freedom to travel, exercise and socialise. Will life go back to BC Before Coronavirus? And will there be snow for a final ski tour?

We've heard that in just under two weeks from 11th May, the French government is lifting the limits for individual exercise. After eight weeks restricted to 1km from home and one hour, this is a real light at the end of the tunnel, AD After Deconfinement.

We're clutching at this glimmer of hope like Luke Skywalker to his lightsaber. It could just mean a final ski tour IF and it's a big IF the snow holds up. However, it's a race between the number of days to 11th May and the melting snow with the former dragging like the days before Christmas when you're 5 years old and the latter receding up the mountain like the tide before a tsunami.

However, last year we were still ski touring mid-May (see main image from our ski tour up the Gardiole on 13th May), but that was a particularly good year for late ski touring with snowfalls in April and more classic freeze/thaw conditions.

But hope is a fine thing. The hope that this will all be over sooner rather than later has kept us all going during lockdown. For sure, we're going to appreciate all those pleasures we looked forward to yet took for granted such as booking a holiday, shopping in town or having a drink with friends.

So this hope that we just might be able to squeeze in another ski tour has lifted our spirits. The skis are still in the back of the van because, yep, we never completely gave up hope. And, with the lifting of social distancing so we can meet in groups of 10, we are also looking forward to a post-lockdown paella dinner with friends on 11th May with plenty of spirit-lifting, morale and alcohol.

As well as this ease to socialising, the French government has agreed that travel within 100km is going to be allowed without an attestation (self-signed permit). However, this won't mean that southern France will be on the move down to the Med as, wisely, the beaches will still be closed - and the restaurants.  Hopefully, the whole of Grenoble won't head for the mountains.

The rigid restriction to exercise during lockdown has made us question staying in France. We've envied our UK friends' Strava posts of cycle rides over 100km and long trail runs over the South Downs. But the decision to stay in the French Alps has been vindicated by the peace and beauty of the scenery, the fresh mountain air that's fresher than ever thanks to the lack of traffic and the calm acceptance of life in lockdown by the residents of a tourist resort devoid of tourists - and jobs. Also, the fact that the supermarkets have abundant stock.

We've stayed pretty fit via trail running, hill climbing, cycling, turbo-training, skipping, yoga and doing headstands - and daily walks with the Rando Chiens. And, I hear you, yes we have been are a lot better off than many people locked down during this pandemic.

So the moral to this whole pandemic nightmare is (apart from always have enough PPE for the health service), never give up hope. As an old Chinese proverb says: Keep a green tree in your heart and the singing bird will come.