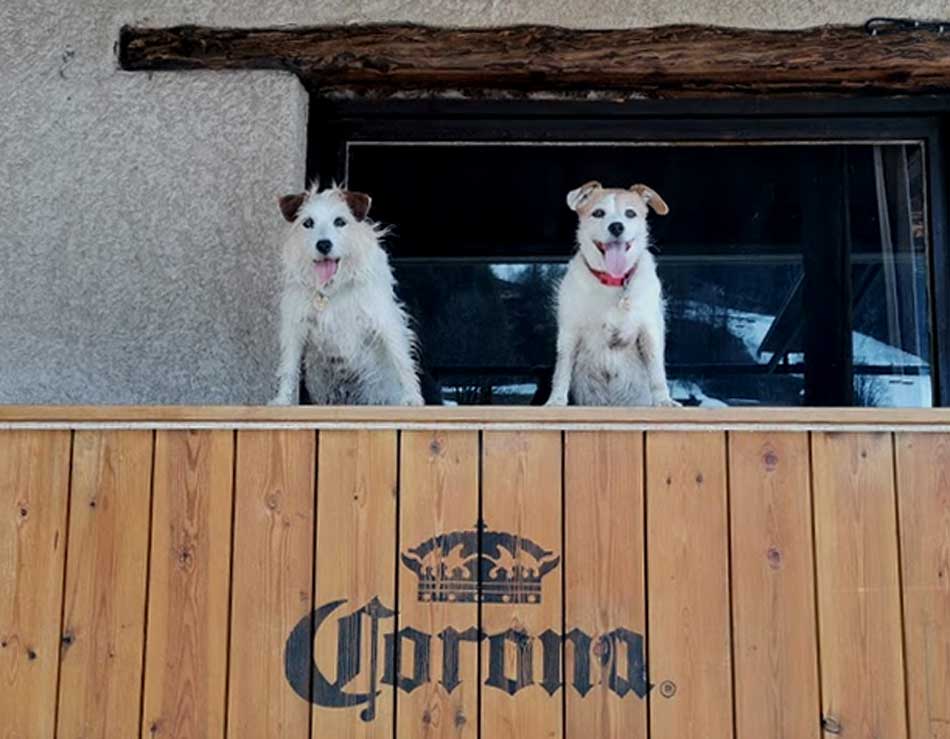 Surviving corona as in virus rather than beer, the Rando Chiens are on heightened alert guard duty. Food-wise, they've got the situation licked but they're less keen to lick the Humans..

Lately we've had to step up our guard duty seeing as the Humans are at home nearly all the time and need protecting. From our lookout over the valley we've got a pretty good view of incoming danger. 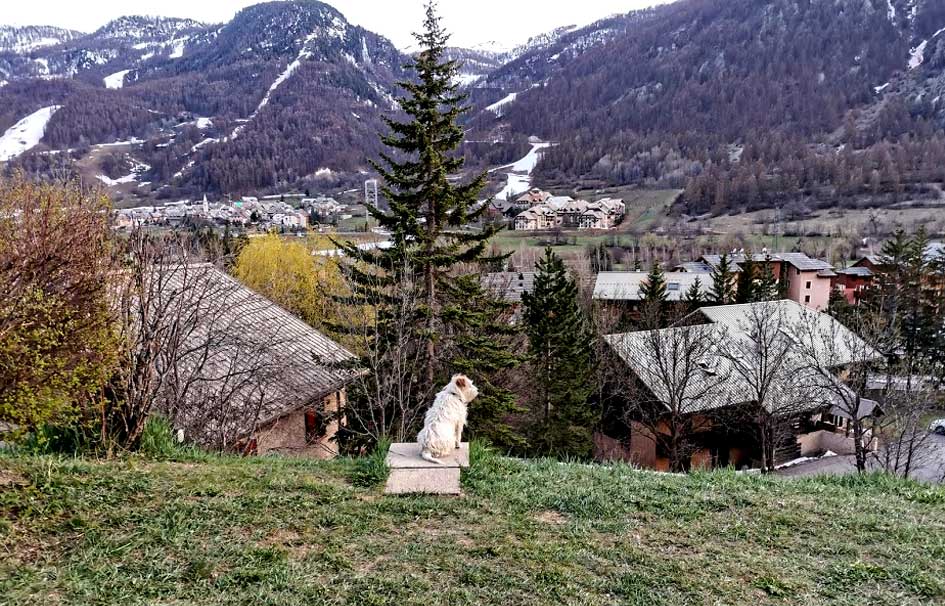 But I've got to say, there are fewer intruders to bark at these days. Mostly we have to fend off the big bouncy brown and white, garlic-smelling French neighbour's dog. They call him Nuts because he's bonkers crazy but as he is missing something vital in the male dog department we call him Nutless.

The Humans' friends haven't been visiting for a long time. Alarmingly, our Humans now keep them locked up in a rectangular metal box on the table, opening their cages every now and then to talk to them. Their friends have also shrunk and lost their scent

Mind you, Mamma Kiki has started to shrink, too, which is good news. With all the exercise she's getting when we go on our walks every day and chase the deer she's visibly smaller. But with the amount she eats she'll never fit in that metal box.

At home we try to help around the house. For instance, doing the pre-wash. It's hard tongue-licking work cleaning up after supper, especially the caked-on pans. And, OK, it does taste pretty good.

Doing the pre-wash after last night's casserole was the dog's bollocks (hopefully not Nuts').

Then we're also pretty handy - or is that tonguey - at cleaning containers before they're put into recycling like pate en croute wrappers and giant yoghurt pots. 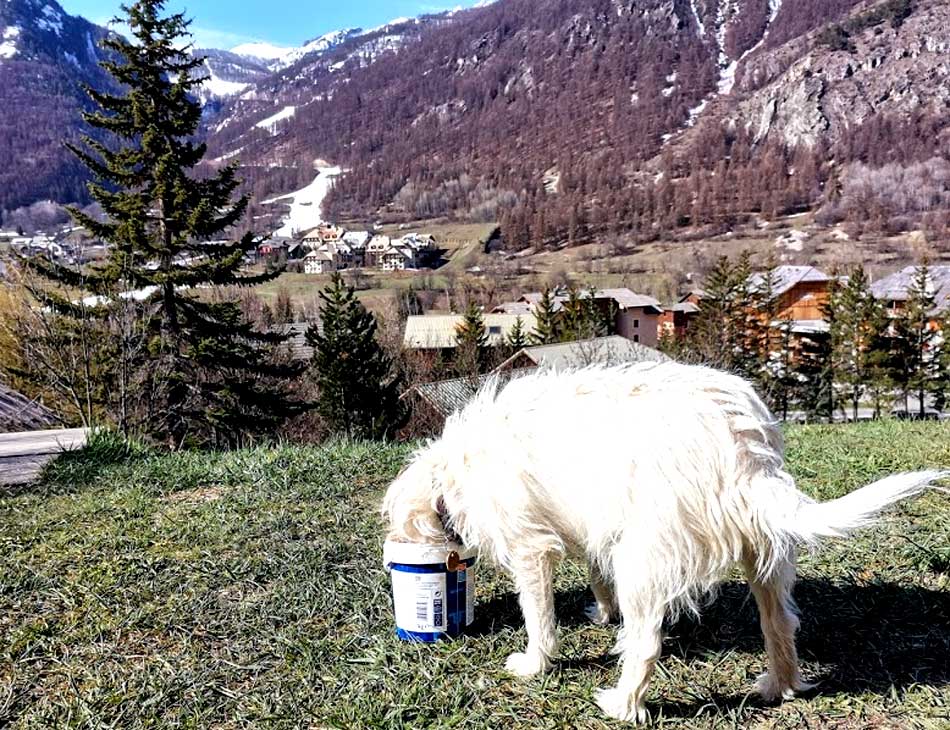 We used to lick the Humans but word has it on the twilight bark that we should isolate them from our tongues for a while...