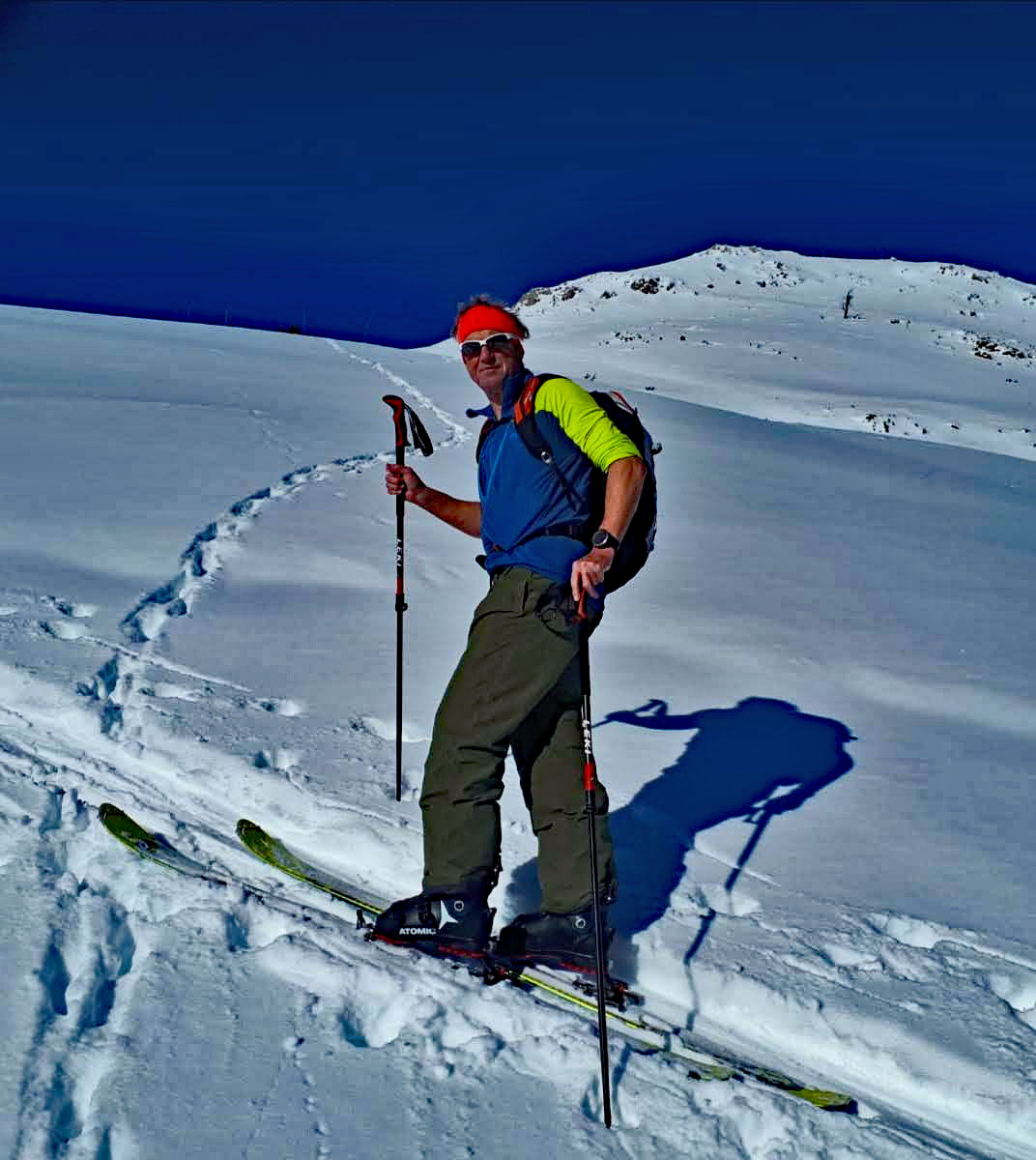 Not that the prospect of no ski-lifts working is much of a problem for us as we tend to not use them the majority of the time.

Now the problem is getting away from all the people who have recently discovered ski-touring, or just climbing up the mountain on snow-shoes with boards and skis on their back-packs

I knew after my first day up the mountain that people were not at all discouraged by the prospect of climbing up the hill, be it on newly acquired touring skis, or snow shoes carrying their skis and boards on their back-packs or, in some cases, bootpacking up a well-trodden path.

I did suspect many would not be climbing to the highest points of the resort and would only climb from the valley floor to the mid-stations.

For my first real tour I opted for a route that maybe was not the best choice bearing in mind it was my first of the season.

I nicknamed the route 47 Kick Turns after the first time we did it which is sort of self-explanatory and as it's in the forest can be tough at times especially over 2,000m.

Prior to going, I'd decided to take a different descent to the more usual one, so after using Google Earth and maps to correlate the glades off we set.

Luckily or not a well-defined skin track was present, the only issue was that at times it was quite slippery and hard-packed so best strategy on the kick turns was to try and go into what soft snow there was at the sides.

I decided to transition in the trees as even though we could have gone higher it was more exposed.

As you can see it's quite a gnarly climb. 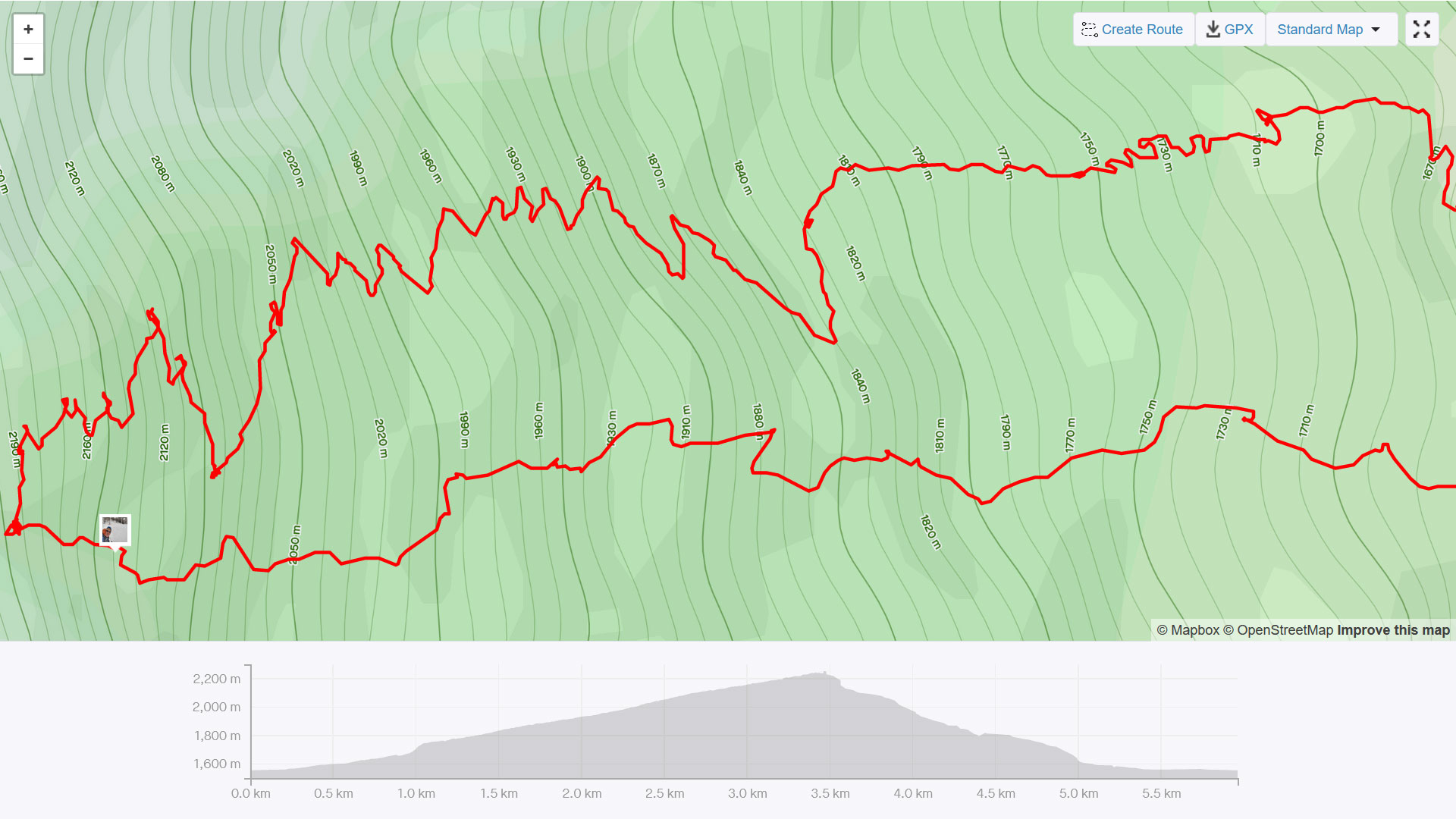 And the descent through the trees was pretty sweet 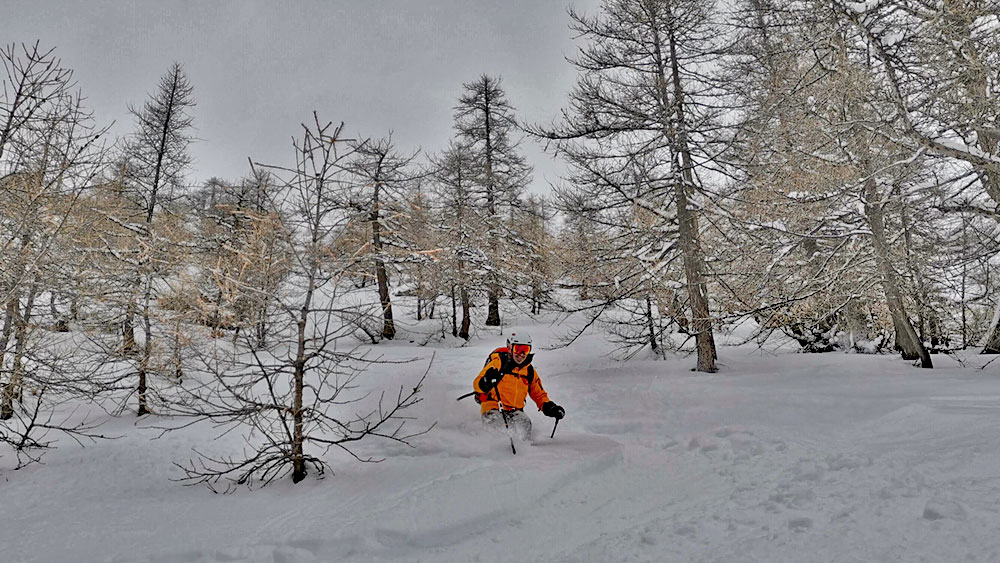 Apart from sk -touring I have also been out cross country skiing with the dogs, and even though prior to coming out I'd been doing a lot of running and cycling, as ever I still found it hard work, as I just can't seem to hold a steady pace without going into the red zone.

As the weather improved we opted for a tour on the Briançon side of the ski area. We left a car at Puy St André and then drove to Puy St Pierre, where we hiked up to round about the bottom of the Rocher Blanc chairlift, then skied down to Puy St André in some sweet sun-softened powder. 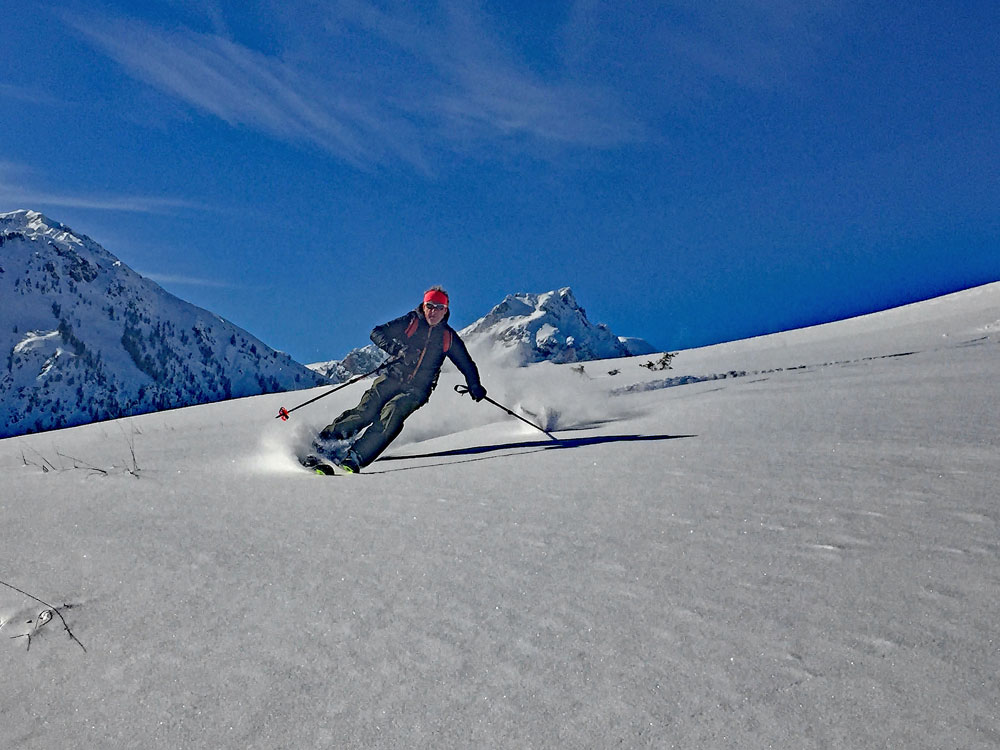 After that, as the legs were getting stronger decided to take the dogs out for their first real ski tour of the season, and I'll let the picture(s) paint the words. 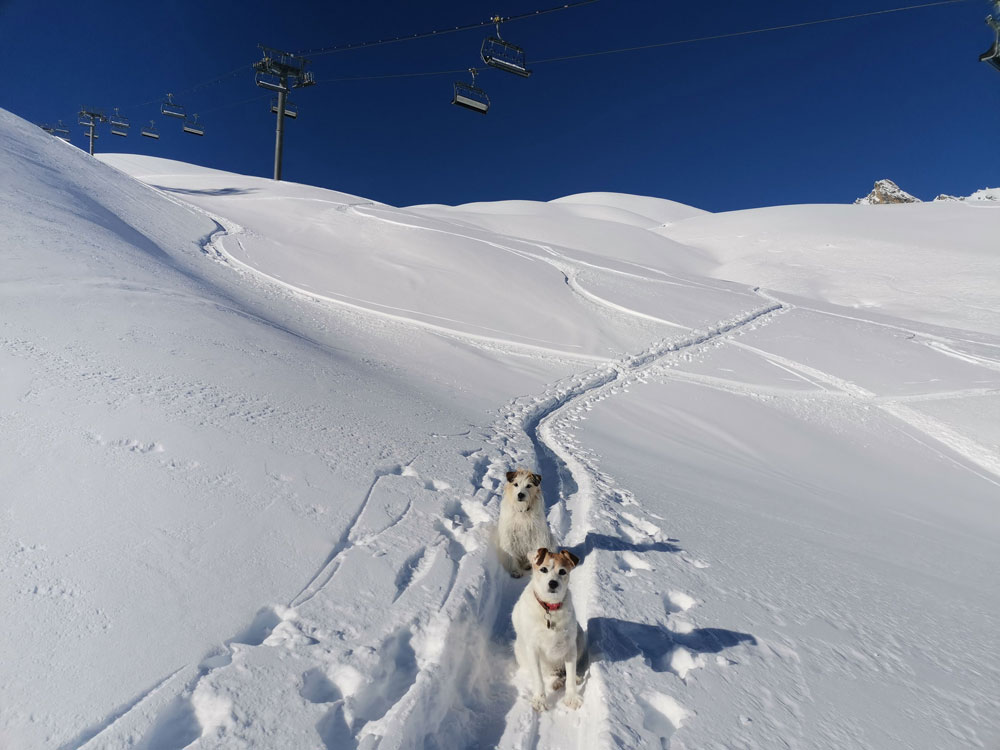 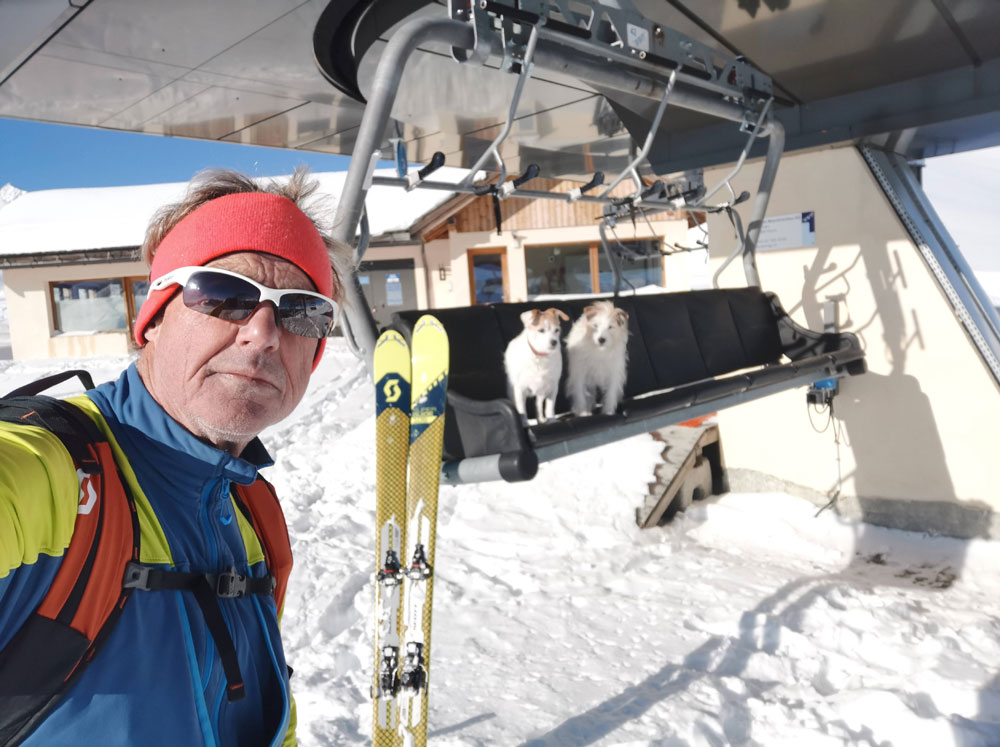 A friend who knew we were climbing kept an eye on the webcam up there and as you can see, we were caught on cam! 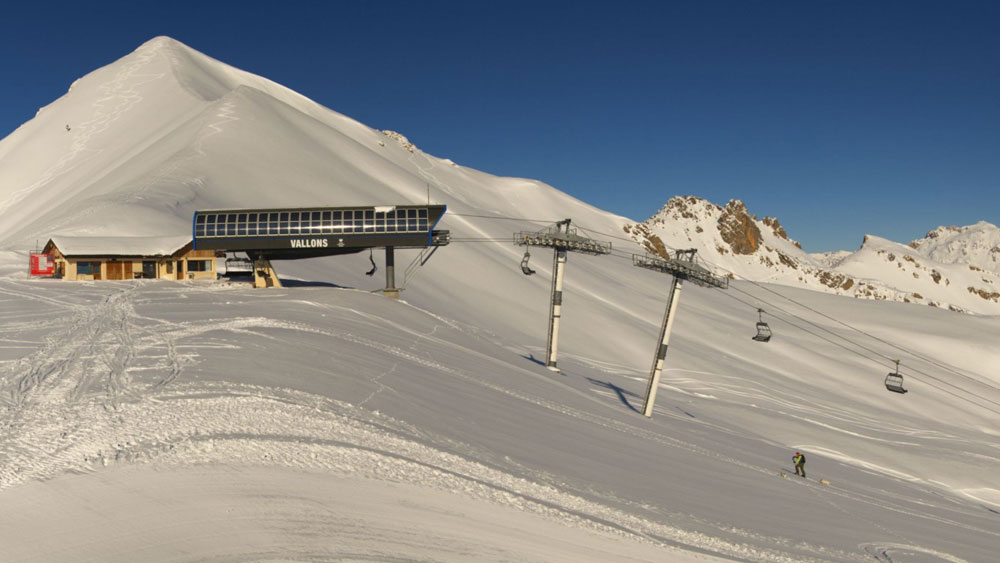