The Ski Superheroes of ParalympicsGB 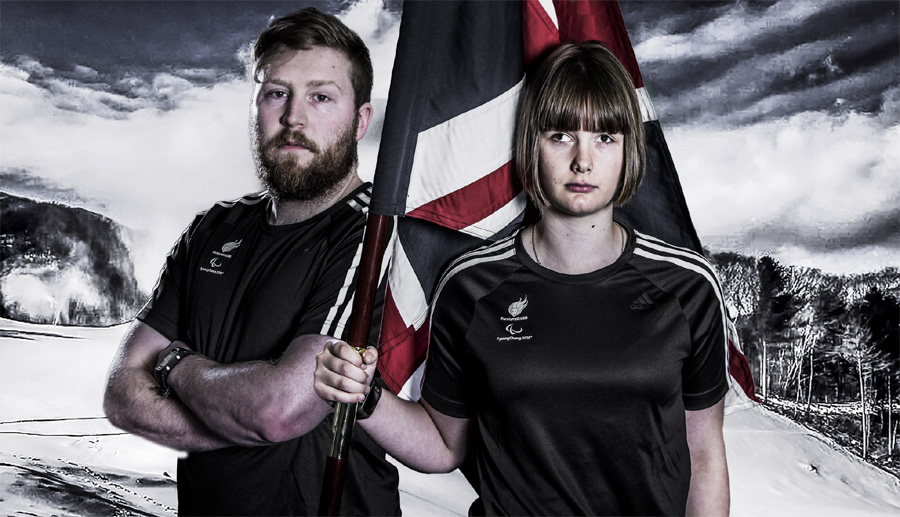 ParalympicsGB skiers, Millie Knight, Brett Wild and Chris Lloyd are competing for the country at the Winter Paralympic Games in South Korea this month. Helping these superhero skiers off snow with all their press and media activities, Founder and Director of Holmlands, Cameron Hall gives Style Altitude the exclusive inside edge on their path to PyeongChang…

As I sit writing this article, reflecting on everything that has led to attending the Winter Paralympics in South Korea, it dawns on me for the first time what a watershed moment London 2012 was in forming our own story with three groups of people inspired by the games in very different ways.

In 2012, I was on the cusp of turning 30 years old, living and working in London doing a regular nine to five job. I began to re-assess my life values and decided to mark the Olympic year by taking on my own sporting challenge - climbing Mount Kilimanjaro for Disability Snowsport UK (DSUK).

While I suffer from no disabilities, skiing has given me so much, and been a passion throughout my life. The sport has allowed me to travel the world and be part of a community where I feel at home. Connecting with DSUK and raising funds for them by climbing Africa’s highest mountain, was just the beginning of the relationship. After Holmlands was formed a few years later, we have continued to support the charity, helping them to raise awareness of their great work in making snowsports accessible to everyone, no matter what your disability, age or skill set.

Skiing and snowboarding provide a level playing field for people of any ability - perhaps epitomised no more so than by visually impaired skier, Millie Knight.

Attending the ski show in London 2016, I paid a visit to the DSUK team at their stand, which is when I first met Millie and her mum Suzanne. I was instantly charmed by them both.

Millie lost 92 percent of her sight by aged six which is when she started skiing. Her mum, herself a keen skier, put Millie into ski school on a family holiday but didn’t inform the instructor that Millie had limited vision. She didn’t want Millie to be treated any differently – and it’s clear that mentality and influence have helped drive Millie to success.

Millie attended the Paralympic opening ceremony at London 2012, which was the moment she decided she wanted to become a Paralympic athlete. Little did she realise at the time, it would take less than two years to realise her dream.

Through the support of DSUK, Millie has been able to turn her passion for skiing into a professional career, becoming ParalympicsGB youngest ever Winter Paralympian at the 2014 Winter Paralympics in Sochi, aged just 15 (where she was also the flag bearer).

Today, Millie is set to compete at her second Winter Paralympic Games, going in to the event as current World Para Alpine Downhill Champion, a title she won with her guide Brett Wild in January 2017.

With a shared passion for skiing and a mutually strong connection, we naturally began working to help Millie and Brett manage their media profile. Countless interviews have followed, but one stands out in particular.

When asked about her limitations in everyday life, Millie informed the journalist she can’t drive a car as she can’t see. Immediately after the interview, Millie’s mum took her onto a closed road on private land and gave Millie a driving lesson, with the message, 'I never want to hear you say you can’t do anything ever again!' a testament to the support Millie receives from her mum, who was also her first ever competitive ski guide.

Being visually impaired, trust is a vital factor for Millie and with PyeongChang in mind, Brett Wild joined the team in 2016, being released by the Royal Navy for two years to be Millie’s guide.

A former ski racer, Brett grew up in Glasgow, where his dad was the manager of the Glasgow Ski Centre for many years.

Competing in his first race at age seven, Brett was invited to join the Scottish national team in his teens, before trading in his skis for a place at university. After a year at uni, Brett left to join the Royal Navy as a submariner.

Connecting with the Olympic influence, Brett wrote in his school year book as a youngster that he hoped to be competing at the Olympic games in 10 years’ time. While his road took a different path, he now goes into the Paralympics as a World Champion too. And it’s clear to see his relationship with Millie is built on a strong foundation of trust, humour and a competitive spirit.

As our working relationship grew, arranging interviews, photo shoots, public appearances and sponsorship deals we were introduced by Millie and her mum to another member of the British Parasnowsport team, Chris Lloyd. 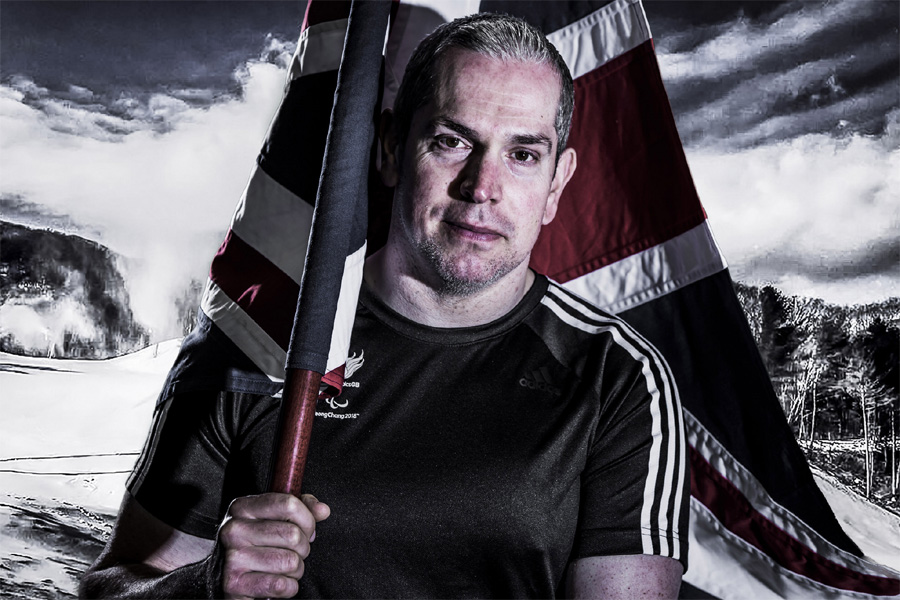 Suzanne called up to explain Chris’s story – how he had been left paralysed following a rally car accident in 2011 and was aiming to be part of the ParalympicsGB team for PyeongChang but had never shared his story. In hearing how Chris has fought his way back from breaking his back, damaging his neck and crushing his spinal cord, I was blown away.

I travelled to Cardiff to meet Chris in September 2017. As Chris recounted his remarkable journey I learned how his medical consultants had told him he would live the rest of his life like Christopher Reeve; the actor who played the iconic role or Superman in the 1978 film and was left quadriplegic after being thrown from a horse during an equestrian competition in 1995.

The consultant somehow learned Chris was a passionate skier and the words 'you’ll never ski again' were uttered to him in his hospital bed. Being a man of incredible determination, Chris set about proving his consultant wrong and less than 12 months after the accident, he clipped in to a pair of skis for the first time at the indoor ski centre in Tamworth – a lesson provided by Disability Snowsport UK.

To look at Chris you would never know he was involved in a car accident, but he has been left with only 40 percent power in his right leg and 50 percent power in his left, so it takes three to four times more energy and concentration to be able to ski a course, meaning he gets fatigued quickly.

His inspiration for recovery was seeing a poster for the London 2012 Paralympics in hospital. Instantly he set himself the goal of competing at a Paralympic Games and this month Chris will get the opportunity to represent his country in the sport he loves.

Chris Lloyd: My Journey from Holmlands on Vimeo.

Without knowing it London 2012 helped to connect us all. The slogan for those games was to 'Inspire a generation' and with Millie being 19, Brett, 25, Chris 43, the Paralympic movement has transcended beyond a single generation.

Had London 2012 not inspired me to climb that mountain and find Disability Snowsport UK, I wouldn’t be writing this article and I couldn’t be prouder tp work alongside Millie, Brett and Chris, helping them to share their inspirational stories with the world.

Holmlands are a media and events company with a sense of adventure. To find out more here.