Snow in the Alps, Meanwhile Rain at the Ski Show 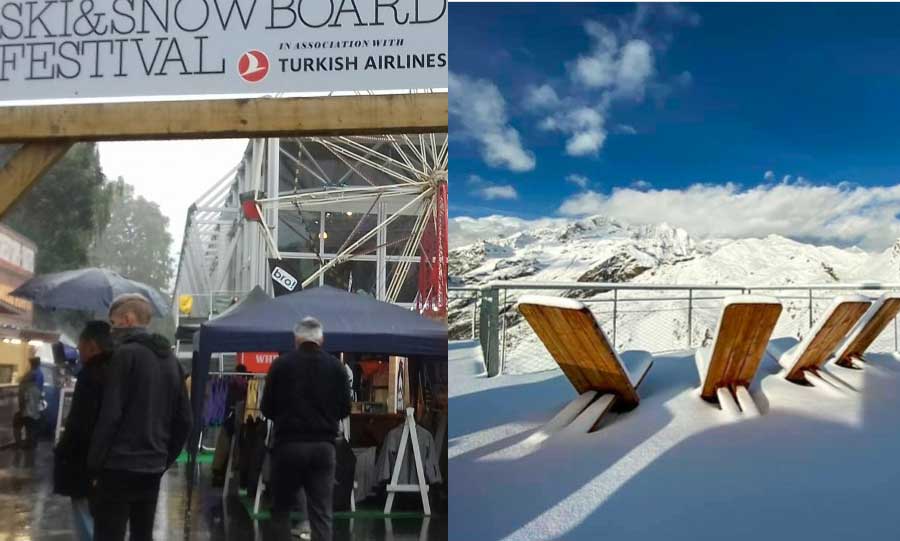 Snow in Serre, Rain in Battersea

While Serre Chevalier was wowing Instagram with snow on the pistes, the Ski & Snowboard Show was immersing visitors in biblical rain for the ultimate waterproof jacket test...

Just how waterproof is your jacket? The test was queuing at the entrance on the first day of the Telegraph Ski & Snowboard Festival aka the Ski Show where tickets on soggy paper or rain-splashed mobile screens meant the bar code readers said 'no'.

This was one of those full immersion experiences, standing in biblical torrential rain while tickets refused to register, which wasn't that entertaining. Inside the main exhibition, immersion experiences were, it seemed, the only way some of the stands could entertain an audience. I mean, standing in a claustrophobic tube trying to catch cotton wool snowballs was undeniably the reason why Crystal attracted such a crowd.

Tour ops and ski resorts now make up the major proportion of exhibitors with the Japan stand, as ever, among the most popular surrounded by eager powder hounds with their tongues hanging out. Inexplicably, the show is run 'in association with' Turkish Airlines (is Turkey currently on anyone's list of must-do ski resorts?).

The only major retailer at the show is now Decathlon (it used to be Snow + Rock then Ellis Brigham). Taking up major space, this year, is Planks, the Drop Cliffs Not Bombs grom from Val d'Isere that has grown over 10 years into one of the big boys at the show. Ski-wise at the show, it's good to see,the beautifully handcrafted freeride skis and snowboards created by Rupert Gammond of PFD from the UK.

I couldn't help feel sorry for the brands exhibiting outside. Everyone sprinted from the entrance to the exhibition hall, not wanting to hang around to get even wetter browsing the wooden huts - while the Ferris wheel and Mount Battersea freestyle ramp were understandably dormant.  But as the guy on the Bro stand said, remarkably unfazed by the drips soaking their signature beanies, 'It's the weather. What can you do?'.

You can, of course, dream of the snow that such precipitation will create in the mountains...