Many Happy Turns to Adrian, Skiing Powder on his 70th 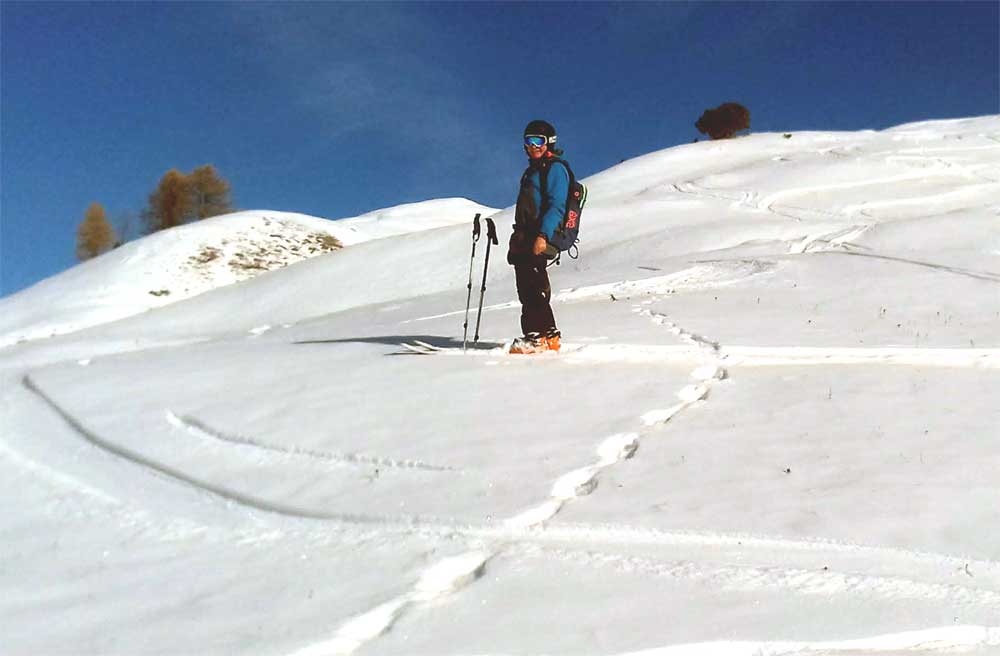 We wished skeezer, Adrian many happy turns yesterday, celebrating his 70th birthday with a 700m ski tour to score powder in the trees.

How did Adrian, retired solicitor living in Serre Che, celebrate his 70th birthday, yesterday? Round of golf and coffee in the club house? Nope, he ski toured up the mountain for nearly 700m and came down in the powder, finishing off with a glass of red wine in the village.

Adrian is our poster boy for skiing into your twilight, no make that midnight years. When you think he'd be slowing down, he's speeded up by spending all last summer cycling in the mountains. With a new BMC disc road bike, he was out nearly every day pedalling up and down hill - or trekking on foot. Now he says he is about as fit as he was in his 40s when he was running marathons.

If you think it's all downhill as you get older, then you're wrong. It's all downhill, yes, and in the powder. POWS (Pensioners On Wide Skis) will be shredding the pow till their teeth fall out, if they haven't already.

While many pensioners are watching day time TV with a cup of tea, POWS are ski touring up mountains with a flask of tea. Or even a nip of something stronger. The locals have been doing it for years before the lifts were built and are still gambolling up icy faces like mountain goats. We call them FOFFs, Fit Old French Fuckers.

Mind you, in Utah, George Jedenoff, is still rocking the powder and he's now 102 years old. So Adrian you've another 32 years to look forward to... 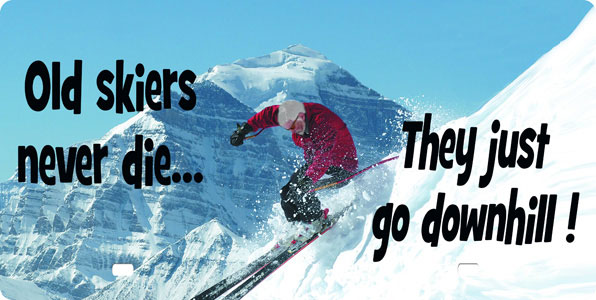