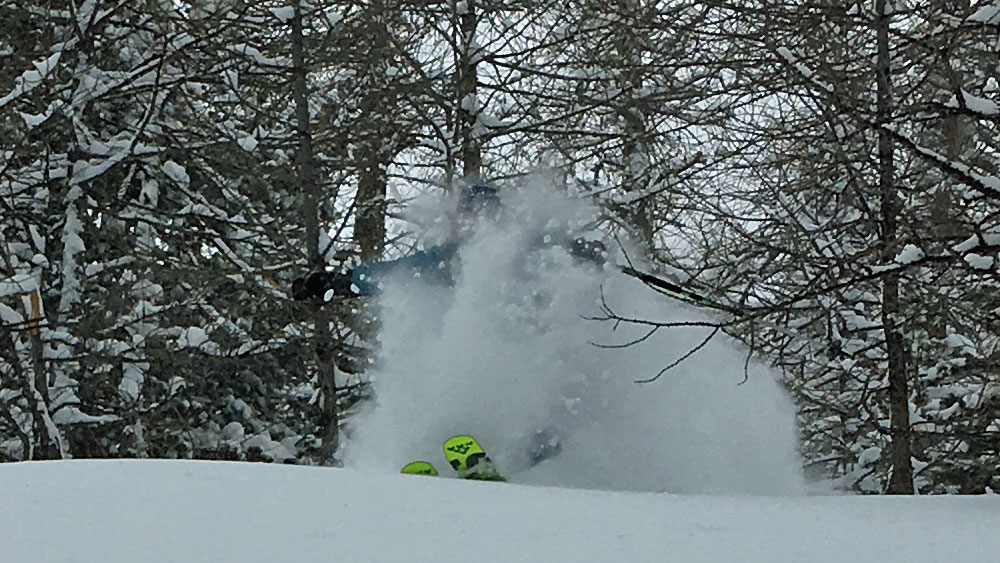 Japan was good but was this better?

While Japan was a superb experience and snow incredible; a lot closer to home last week saw some skiing conditions acre of another Retour D'est Genoa Low in the Queyras that were up there with Japan......

Last week I teamed up with some Norwegians, Swedes and a couple of Americans, one being the guide Kris Ericksson who I've skied with a a few times and good friend Per As, a Swedish mountain guide who lives above La Grave. It was with Per that I first experienced a mountain guiding some 20 years ago in '97 when I went with my snowboard to La Grave for the first time.

As ever with a week's skiing ahead of us, location was primarily dictated by weather and, in fact, at the beginning of the week on the Sunday we did think that spring skiing would be on the cards the back end of the week. And how wrong we were!

Monday I drove up the 16km to the Lautaret to meet the team who had driven up from the La Grave side. We then skinned up to one of our favourite areas below Pic Blanc. However this time we climbed up to a ridge and then skied down towards the direction of Valloire. 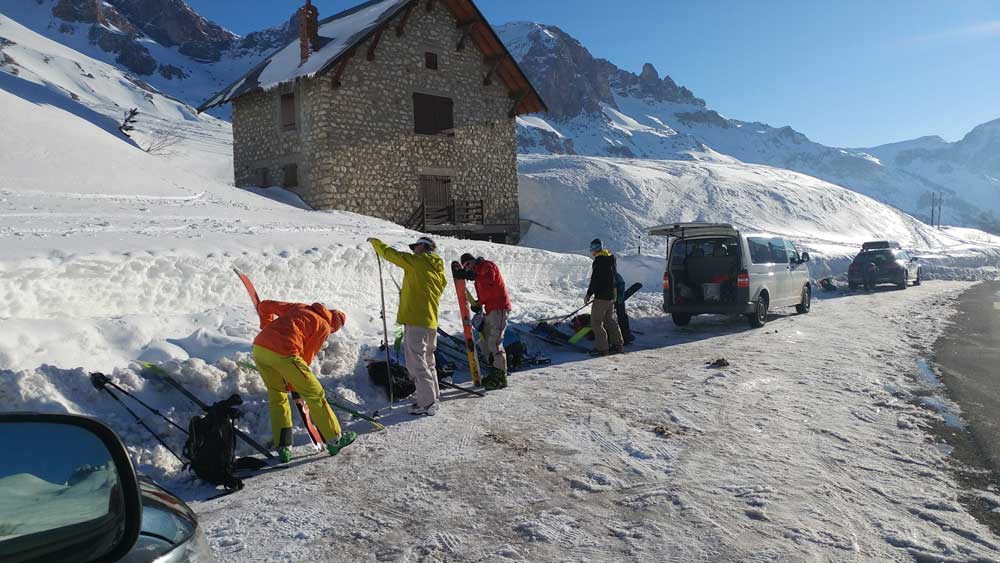 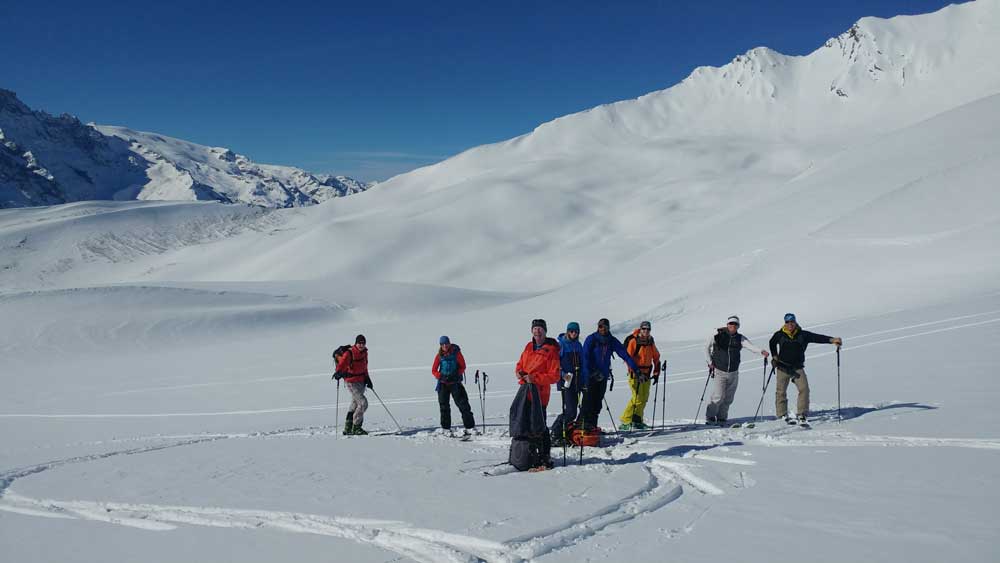 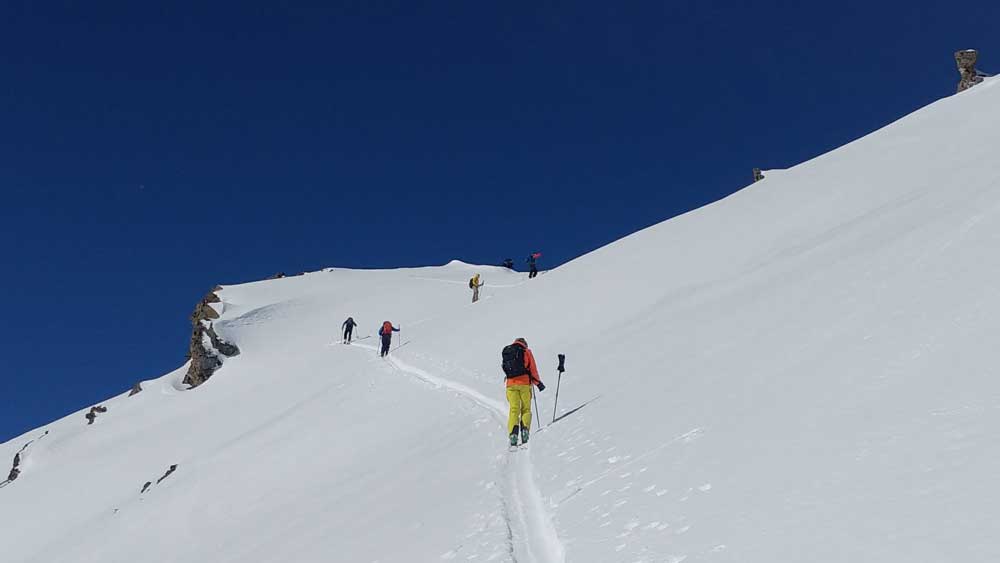 We could have skied for far longer and further if we wanted to but the game plan was to put the skins on and climb back over another ridge and ski down to the village above La Grave where Per lives.

The snow was so sweet, and unlike Japan it was way steeper. As ever the subsequent photos do not show the gradient that well, though this video might give you an idea.

By the Tuesday the forecast had changed again and now there was a very definite Retour d'Est showing up. This is a weather system local to Piedmonte and SE France that can deliver substantial snowfall down in the Queyras, so Per made plans to source some accommodation there.

While only 36kms as the crow flies from Serre it's some 80km to drive. We skied slackcountry Puy St Vincent en route to the Queyras on the Wednesday taking the lifts before a quick ridge hike and then skiing down to the Narreyroux valley where we donned skins to climb back up for skiing untracked on the descent. 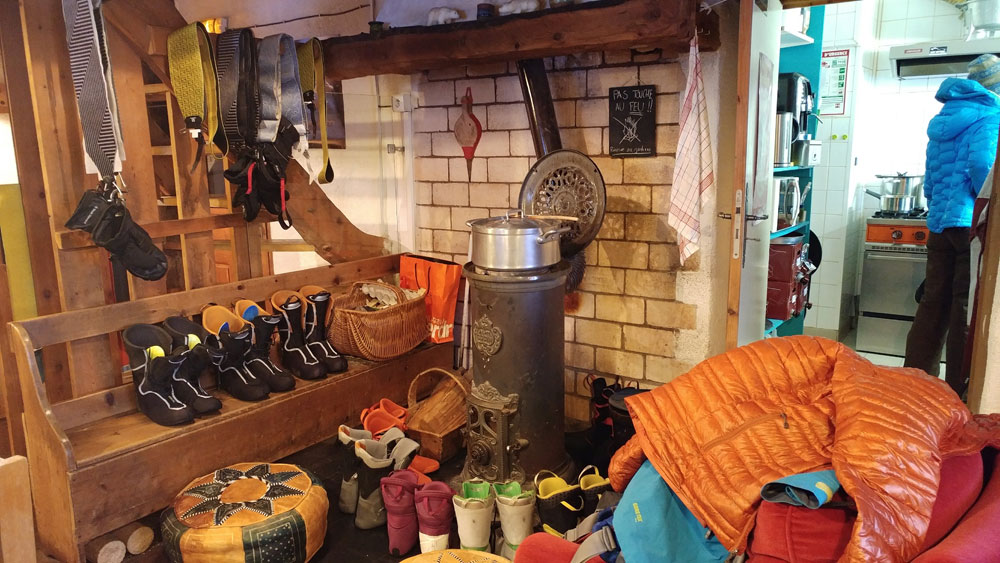 Objective for Thursday was a ski tour taking advantage of a randonnee lift pass that took us to the top most lift from where we skinned up to the Tête de la Petite Part.
After the descent we put the skins on again to climb up again skinning across the lake by the Chapel St Anne. 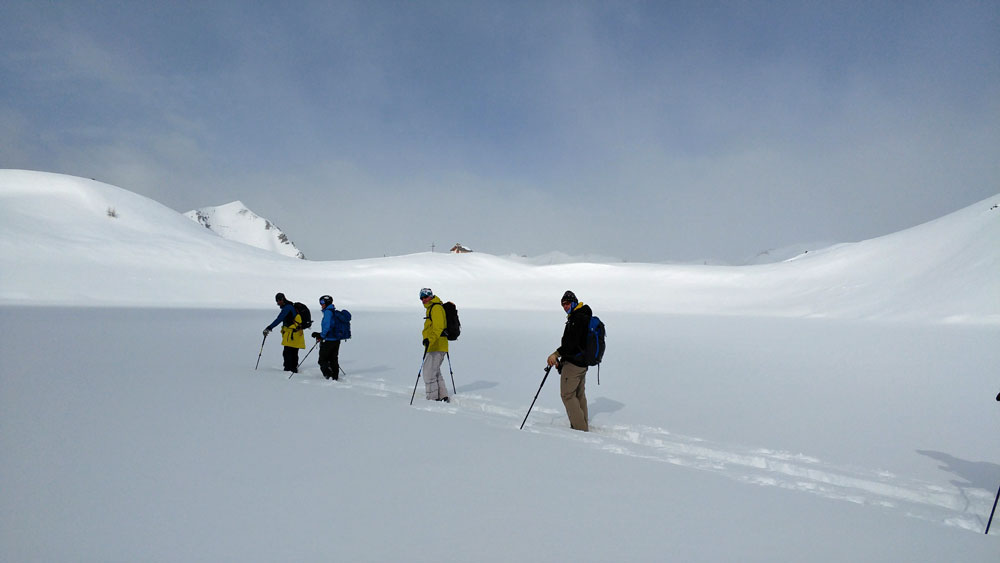 We left Ceillac heading back down and on to Abries and then up past Ristolas to the very end of the valley and the small hameau of L'Echalp where we parked up and found ourselves in the superb Gite 7 degrés Est run by Laurent and Geraldine.

The Retour d'Est is indeed an amazing weather pattern, and this was the third time that I had experienced it in full force. As you drive up to Abries so the snow starts to fall and as you near Aiguilles it's coming down heavier and then within the next five or so kms it's like you're in a different country. Indeed where the Gite is sited the snow accumulations were substantially more than Abries!

Next day we headed back down the valley to Ristolas with a few of us making arrangements to spend an extra evening in the Gite.

We skinned up the old over grown pistes of Ristolas to the treeline and had two descents worthy of anything Japan threw at us as this video shows.