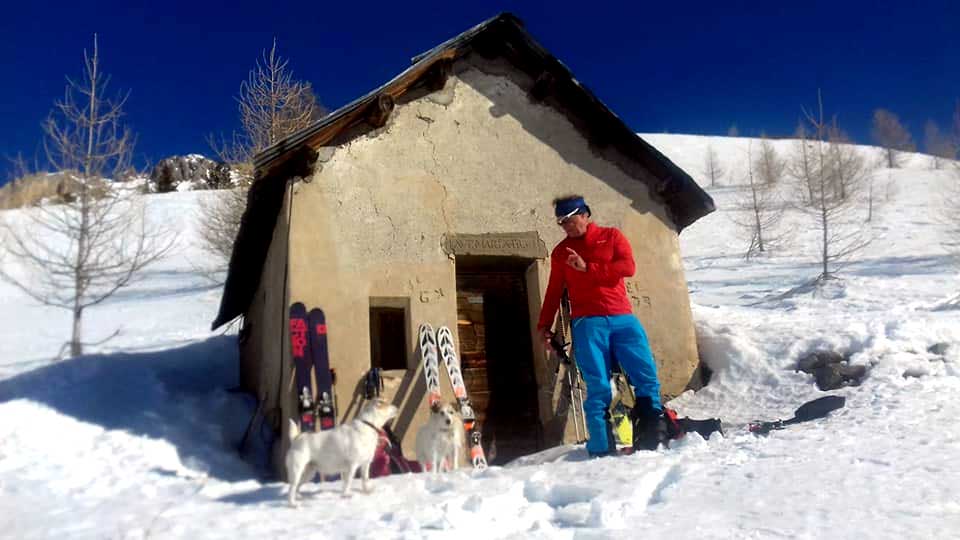 What's the snow like for touring in the Alps at the moment. Is there still cold powder? Or even spring snow? After no fresh snow, strong wind, cold nights and sunny days, here's your answer...

We've had no fresh snow since before Christmas, some strong winds, freezing nights and sunny days. So what are the conditions going to be like for ski touring in the second week of January?

I hear you, it depends on the facing slopes, how high you're prepared to go, how exposed (there'll still be powder in 35° couloirs protected from the wind), the aspect to the sun and the actual temperatures. One day we'll have an app to calculate the conditions at any given moment and guide you up the optimum ski tour line and route down. Right now, it's called a Mountain Guide.

It should have been perfect

In the mean time we have to go by luck as well as judgement and, as luck would have it yesterday, it was a challenging ski tour, though it should have been perfect. The snow was warming up four days before when Gavin and Ken did a similar route but since then we'd had strong winds scouring the mountains. But the recent cold nights and sunny days promised more classic spring snow for ski touring.

So the plan was to leave late-ish( 10am), head up slowly for 1000m to the col and ski down in the corn. However, we hadn't realised just how cold it was going to be during that day, especially at altitude.

The air was as blue as the sky

The climb up was pretty gnarly with steep kickturns and icy traverses. Fortunately Ken and I had crampons while Gav, with his new Scott Superguide 105s didn't have any to fit. He's pretty solid on most conditions but there were times when the air was as blue as the sky. The dogs frollicked around wondering what was taking us so long. They even chased a couple of deer while they were waiting.

We reached the small chapel at 2100m after a 700m climb so it was a good spot for a break. But it was noticeably chilly with a slight breeze and the snow higher up out of the trees was rippled by the wind from two days earlier. I did wonder (outloud) if it was worth going further because the descent didn't seem that easy but the guys metaphorically put their fingers in their ears.

They admitted I was right

After another hour's climbing to 2230m almost to the col, they admitted I was right. On this rare occasion it gave me no satisfaction as I'd rather I was wrong and the snow had transformed so we would have a sublime ski down.

At the top it was more ridiculous as in hard windblown crust than sublime sping. The Jack Russells loved it once we'd skied over the breaking crust and they could run on top of the icy hard snow.

Finally, lower down we actually hit spring snow for around 20 turns before reaching a gnar rutted path with thorny bushes, trees and steams to negotiate, arriving back at the van over five hours since setting out.

And, after, not sliding on the tricky traverses and death-defying kickturns while climbing up nor stacking it on the leg-breaking crust and crud on the way down, would you believe I slipped on the smallest patch of ice just behind the van? 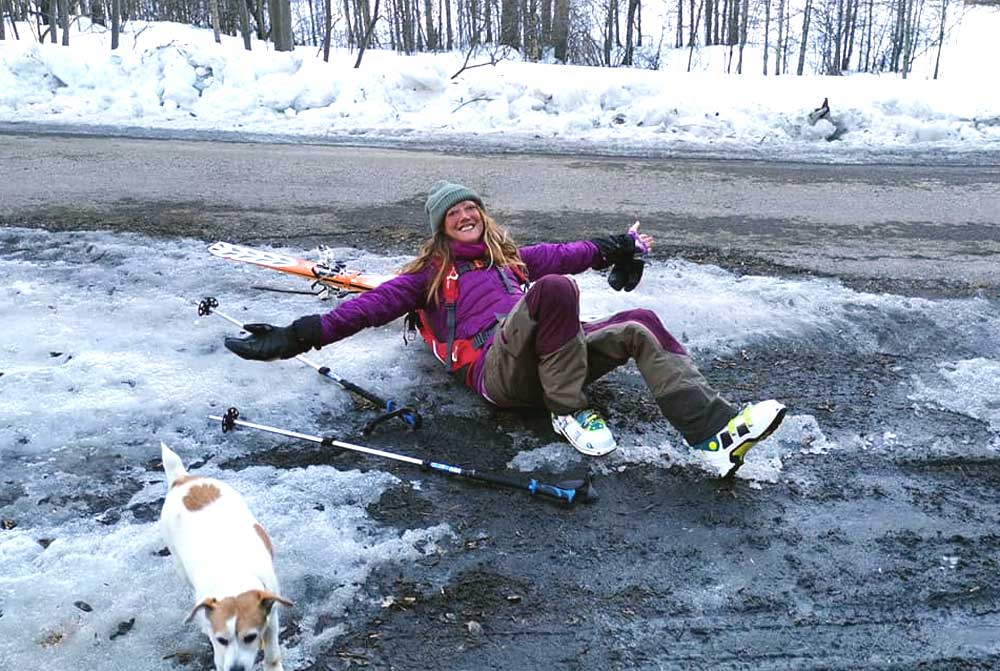