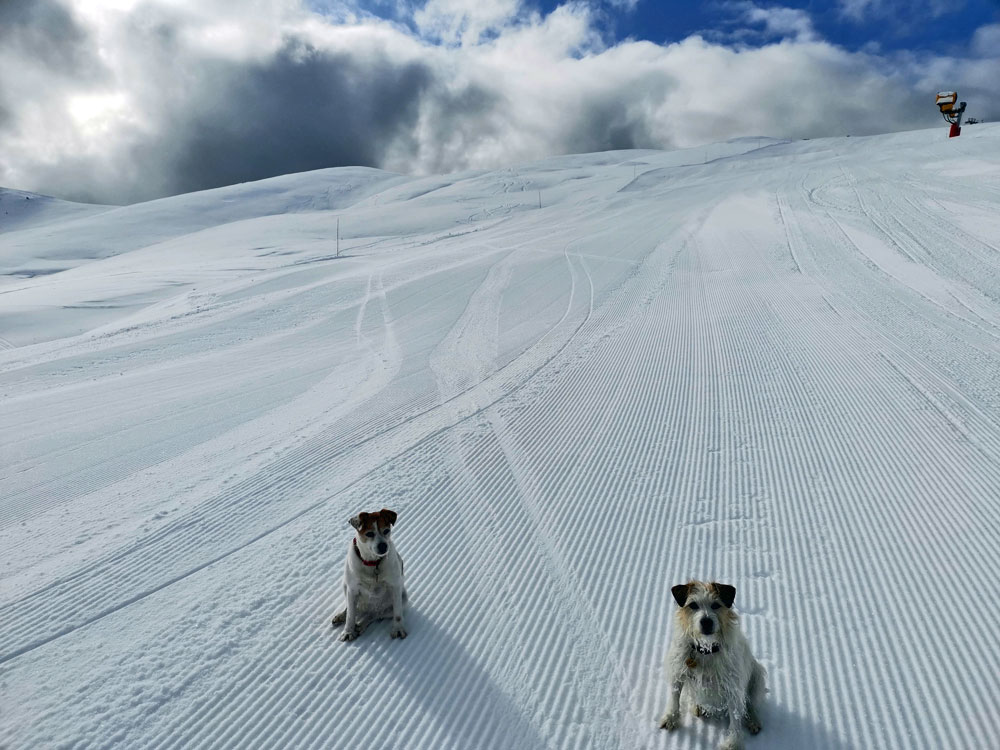 Early ski tourers get the best snow this November

How to get perfect groomed pistes to yourself and first tracks in the sidecountry powder in resorts? By stealth ski touring before the resorts open. Which also means you can take the ski touring dogs...

In the past week, we've been up Cucumelle and the Casse du Boeuf in Serre Chevalier, ski touring to the tops of the chairlifts which hang suspended in the air awaiting the resort's opening the first weekend of December, leaving untracked pistes with fresh snow for us to plunder. We've skied down the pistes, knee deep in powder, the Rando Chiens, our ski touring Jack Russells, scooting behind us in our tracks.

With an early opening this coming weekend in Montgenevre, it seemed rude not to make the most of pre-hordes slopes here, too. The weather was forecast as overcast but, hey, the dogs didn't care. In fact, the Rando Chiens were very happy to be going up mostly groomed pistes instead of floundering through powder.

As we were climbing up, though, we had to dodge the piste bashers out in force preparing the slopes. 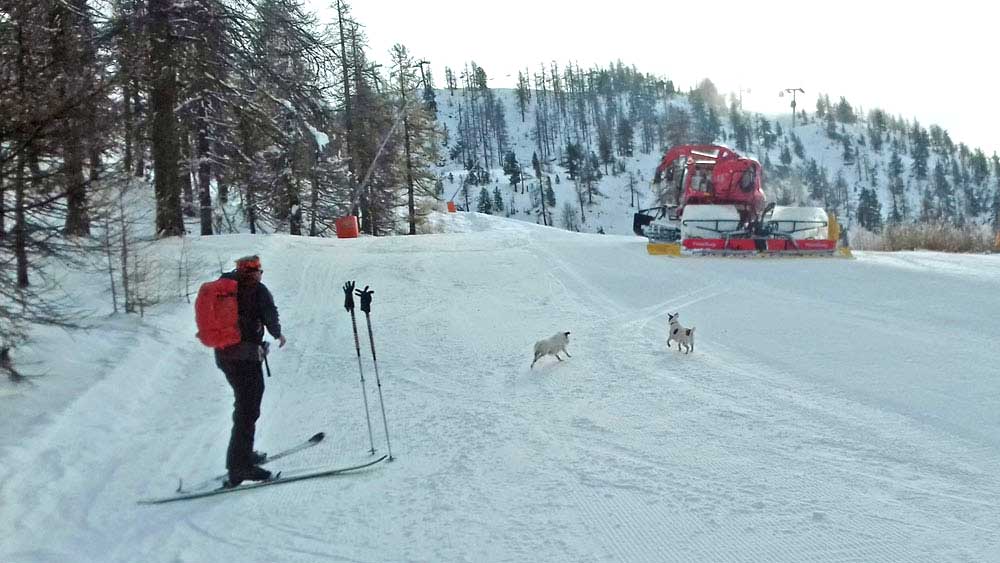 Off piste was fairly varied snow, plently skied already (unlike Serre Che). We climbed 700m to the top of Sommet des Anges at 2450m with the sun coming out now and again to create stunning vistas over Vallee du Fonts.

The pistes are pristine, ready for this weekend's premier neige and Montgenevre's main opening weekend scheduled for the 7th and 8th December to coincide with the Italian Festival pour la Sant’Ambrogio.

Currently, Serre Che has more snow above 2,200m but this seems like it will all change over the weekend as a Retour d'Est weather systems looks set to dump more snow over that way, especially Sestriere.